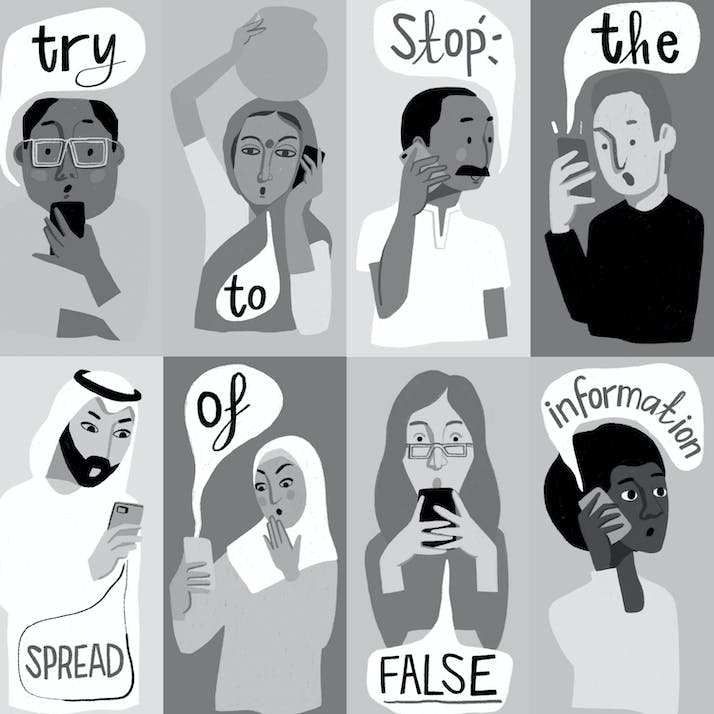 Gen Z and Social Media Are a Bomb Waiting to Explode

The youths are flooding social media with questionable content. A millennial high school teacher examines why our current approach to media literacy can’t stop it.

We all know someone on social media who could use a little literacy.

It's not an uncommon sight for me to scroll through a sea of posts and find several that are highly questionable. I try to take the time to educate the person who posted—or more often reposted—why they should’ve taken a more critical eye to the material.

Recently, I’ve noticed an alarming trend among posts with questionable material. More and more often, the person reposting is not an elderly relative or distant "friend" from high school. They’re my former students—people who I know firsthand have the ability to critically analyze their origin, purpose and content, because I taught them how to do it.

Admittedly, I have more questions than answers. How could this skill not transfer to contemporary documents? Am I at all responsible? What could I do differently in my classroom to put an end to it? And why are technologically savvy younger people just as likely as older people to repost misleading content?

The New Generation Gap Is Between Cable and Social Media

While I do not have all the answers, I do have a lot of experience with millennials (I’m one myself) and Generation Z from my 16 years teaching high school. Like generations before them, they’re tricky to label with an all-encompassing description. In one of my undergrad political science classes, my professor referred to the generation of people who grew up in the late 1960s and early 1970s not as Generation X, but instead as the Microwave Generation.

He argued that because they had grown up in a world where they could have food at the press a button, they were prone to demand instant gratification when it came to politics—a problem for a system intentionally designed to be slow and deliberative. The idea that a single technological advancement that changed how they saw the world certainly struck me as unique but also problematic, as technological advancement grows more rapidly with each year. But if you pressed me, I’d say that millennials are the cable generation and Gen Z are the social media generation.

Cable and social media have revolutionized the way people communicate. Since both generations grew up in a world where communication was rapid—if not instantaneous—it would also hold true that they favor posting material online quickly. The ability to share content created by someone else—who in many, or even most cases, is a stranger—complicates the ability to critically analyze its origins, so much so that many people don't think twice before hitting the share button.

I'm not saying younger generations don’t think before they post. In fact, I think they’re the most intentional about how they present themselves on social media. I remember being baffled years ago when my classroom full of seniors taught me about their private “Finstagrams.” It was the first time I felt like an old lady compared to my students, trying to wrap my head around why anyone would need an account that only close friends followed to post embarrassing material.

"If you don't want people to see what you post,” I remember asking, “Why would you let them follow you?”

That was decidedly the day I officially became a senior citizen in their eyes. And it was also the day that I started to question the effectiveness of media literacy education for people who saw social media in completely different terms from those designing the lessons.

Gen Z Knows the Difference Between “Feeling True” and “Being True”

Last year, I read a Forbes article that argued that for Gen Z technology was not an addiction but instead an extension of themselves. I’ve remembered this piece as recent events have turned my own social media feed into a virtual nightmare. People from all sides of the political spectrum are sharing and retweeting content from the furthest depths of the internet, without any regard to the factual accuracy of the material. Again, the demographic sharing the most problematic content is younger.

The day after President Trump walked across Lafayette Square and posed in front of St. John's Church holding a Bible, after protesters had been removed by Capitol Police using flash-bang grenades and pepper spray, my feed was inundated with one particularly alarming post. I'm sure you saw it too: side-by-side images of Trump and Hitler both holding Bibles. The photo of Hitler however was a very clearly—and, in my opinion, poorly executed—fake.

Yet there it was being posted, shared and retweeted over and over again, often without any words or explanation from the person posting. Each time I saw the image in a post, tweet or story from a former student I pointed out that it was Photoshopped.

The response was often the same: They didn’t know it was Photoshopped, but they were still okay with putting the image out there because it represented what they felt was a truth: that Trump’s actions were that of a dictator. For me, this confirmed the assertion that Gen Z does in fact see technology as an extension of themselves. They’re less concerned with posting facts because they don't see that as social media’s purpose. For them, social media is an extension of their thoughts and beliefs, and because of that, they’re okay with posting doctored images if the message represents something they agree with.

This past year has confirmed what I had been worried about for some time, namely that classroom lessons teaching source analysis—and even lessons specifically designed to teach media literacy—are failing young people because we aren’t meeting the learner where he/she is. After all, how effective is a lesson analyzing the values and limitations of Stalin's use of photo manipulation during the Great Purge if we don't connect it to the modern usage of technology to post memes and doctored images? More importantly, how long will students continue to see social media this way? Will we as educators finally adapt to Gen Z just as they come of age and change how they communicate?

Once more, I have more questions than answers. As is often the problem in education, teachers are faced with too many problems without the resources to fix them. But I fear far too many teachers are approaching this problem from the wrong perspective: their own. The result will surely accelerate the spread of misinformation and half-truths, and more people questioning what they see on the news.