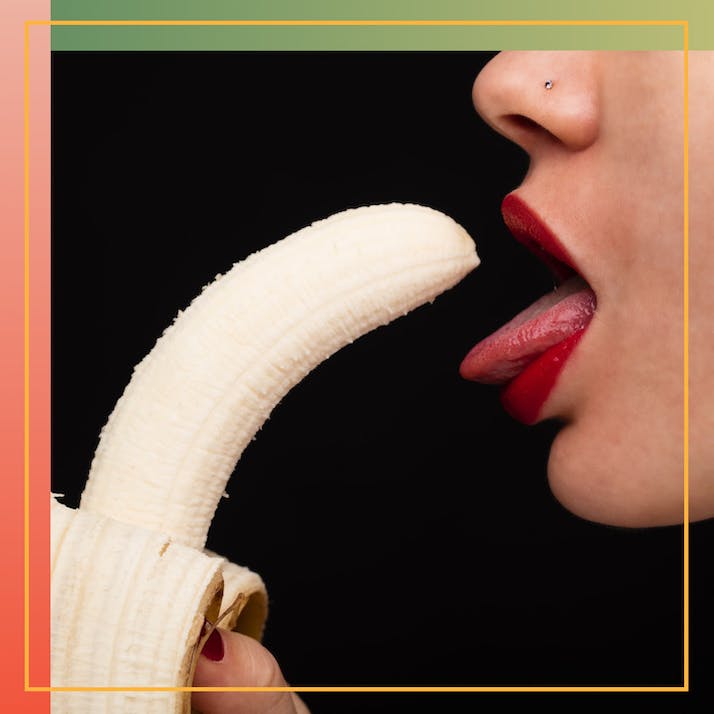 I Gave Up Eating Meat for a Man

It took sleeping with a vegan for me to finally stop eating meat.

My ex-boyfriend was obsessed with meat. In fact, he was so obsessed with meat that it bordered on pathological. An average evening at our place went something like this: He’d order in vast quantities of hot wings, burgers or fried chicken, then put on a YouTube mukbang as he ate—watching bigger, meatier men shovel down more food than he could manage, in some bizarre cuckolding ritual.

My ex felt no shame about his meat consumption. He saw meals without meat as unworthy and would look down on vegans and vegetarians as if they were some sort of absurd alien species put on Earth for his entertainment. I’d laugh at his jokes, but deep down harbored a tremendous amount of guilt from consuming animals and had for some time. I’d watched and cried over Cowspiracy, Seaspiracy and every video essay on factory farming I could find—but found it shamefully difficult to translate their messages into reality, usually managing a few weeks without meat before caving in. It wasn’t his fault, but it didn’t help that my ex was such a fussy eater. It made sense for us to eat the same things, and there were only three or four home-cooked meals he absolutely loved. All of them contained meat.

At the same time, we were growing apart, in general. Our five-year-long relationship was bone dry in other areas, and our dietary preferences were indicative of a wider gulf emerging between us—one where neither person respected the other’s interests and passions. In the end, we broke up for non-meat-related reasons, and once he moved out, I stopped cooking with it at home. Eating at restaurants, though, was a different story. I was always aching to delve into anything dense, fried and animal-derived.

I needed something major to shift, something to force me to take meat off the back burner and throw it in the trash for good. Then, I met Tristan.

“”
I was enamored by his boundless devotion to the lives of other beings.

I Felt an Instant Connection With Tristan

I matched with Tristan on a dating app last October, the same night I watched The Green Knight at the movie theater. I found this oddly felicitous—Tristan was a vegan chef, animal rights activist and the pseudonym he’d chosen originated from Arthurian legend, the very embodiment of a green knight. We’d spent a few hours texting before I went into the screening—I remember desperately wishing, yearning for the movie and its questionable sex scenes to be over, so I could recommence salivating over his pictures and fantasizing about fucking him instead.

A few days later, we met up at a nearby pub. It was exhilarating—within 10 seconds of us locking eyes, I felt chemistry so intense, it incapacitated me. He was utterly gorgeous in person, with beautiful (if unwashed), long hair, tattoos and tired, sad eyes—a delicious blend of every man I’ve ever been obsessed with since I discovered what men were. Our conversation was slightly staggered and difficult, as if we both knew what would unfold and were simply delaying the inevitable for as long as possible before digging in and devouring each other. Still, I tried my best to listen and make small talk. I had to be polite.

We spent a substantial chunk of the date discussing the activism he did: protesting for animal rights groups in the city, building shelters for baby animals in the winter, breaking into farms to prevent horses from being euthanized. I was enamored by his boundless devotion to the lives of other beings. It was a welcome change from most of the men I’d dated previously, my ex included—men so fixated on upholding a masculine image that the very acknowledgment of kindness threatened their sensitive palates. I wondered if Tristan’s respect for animals translated into respect for women. I wondered—eyeing him up and down like a snack—if he’d be better in bed.

Within two hours, we’d given into our most animalistic instincts, kissing messily and aggressively, to the dismay of nearby onlookers. Not wanting to put on a show, I dragged him out of the pub and across the park to my place, my brand-new leather Doc Martens cruelly lacerating the backs of my feet as I walked. Tristan had made it clear that he wasn’t a militant vegan and that he didn’t care what I consumed or wore—but already, I was feeling the first sprinklings of shame setting in as I tried to conceal my fashion choices. After a lifetime of being trained for male approval, I wanted him to adore me, and I knew, in his mind, there was nothing less sexy than a girl wearing cow carcasses on her feet.

Back at mine, we had some of the best sex I’d had in years. Not only did we share many of the same kinks, I found myself feeling so relaxed in his presence that I came multiple times, which doesn’t usually happen. He was passionate, communicative and considerate—a welcome tonic after I’d been force-fed, begrudgingly, on a meager diet of lackluster fucking that had been gradually reduced over the years until there was nothing left. The sex was so good, in fact, that within hours of him leaving the next morning, we’d already debriefed each other about how things went and arranged to meet up again.

Quickly, Tristan and I fell into a friends-with-benefits-type situation.

We’d see each other weekly and have sex all night, leaving my flatmates eternally sleep-deprived and each other equal parts stuffed and hungry for more. I was completely blown away by his sexual appetite—not only did he taste better than any man I’d ever encountered but he could just go and go for hours without even needing to break. I soon wondered whether these things were related to his diet. I wondered if eating like him would award me the same energy levels, the same almost-scentless soft skin, the same strength and abundance of orgasms.

Partly through narcissism but predominantly through shame, I began to eat fully vegan on days that I’d see Tristan. “He won’t want to kiss me if I’ve eaten meat,” I thought—my lips suddenly a vessel for decades of dead flesh, the bodies of animals from before times still resting on my tongue like passengers on some warped Noah’s Ark. This soon extended to dairy too. Tristan had commented, after once being erroneously served a chai latte with cow’s milk, that he felt a thick, mucus-like film develop in his mouth and linger there for the rest of the day. I couldn’t let him taste that on me. I didn’t want to be the milk film girl.

It was ironic that I was so afraid of pushing my diet onto a man when I had allowed my own to be dictated by who I was dating my whole life. But as I saw the benefits of a plant-based diet take hold on my own body—as my acne cleared up, my hair grew thicker and my joints stopped aching—it became clear that this decision benefited me as much as it did him. I gradually realized that rather than diluting myself for Tristan, I had been starving myself previously, pushing away what I had always known was best for my body, animals and the planet. I began to reclaim my diet. I stopped eating meat and dairy in any capacity, started watching vegan vlogs and TED Talks on YouTube to educate myself and began collating vegan recipes and cooking them for friends. I relished this time I spent nourishing and replenishing my body and mind. I felt like I knew myself better than I had in years.

“”
I felt like I knew myself better than I had in years.

Being Meat-Free Has Improved My Life

Eventually, I stopped seeing Tristan as often. We still see each other, but our relationship is far more platonic now than it was during our sex marathons. It’s not that what we felt in each other died—though it has certainly been distilled—but rather that our lives began to overflow and swell with other, more pressing activities. He threw himself headfirst into more activism, exercise and a new job at a vegan charity cafe, and I spent time rebuilding my self-esteem and reclaiming my sexuality after my failed relationship and other interpersonal trauma. I now follow a plant-based diet during the week and eat more broadly vegetarian on weekends. Although I’ve not managed to 100 percent eradicate dairy and eggs just yet, I haven’t eaten meat in months, and I plan to never do so again.

I’ll forever be grateful for the fire Tristan ignited in me and for allowing me to peel back the layers of myself I had once deemed inaccessible. At first, I felt guilty that all of this had been triggered by a man and not the visible slaughter of innocent animals—but I spoke to other friends and realized how common it is to adapt the diets of those we care about before eventually embracing them as our own. At the end of the day, activism comes in all forms, and sinking your teeth into someone new is seemingly just as effective as disseminating propaganda or rallying for animal rights.

In terms of my bedroom activities, I recently had sex with a man who did keto, consuming no carbs and instead supplementing with a substantial amount of meat, and it was as awful as it sounds. Going forward, I think I’ll keep not just meat—but also men who eat it—off the menu as well.