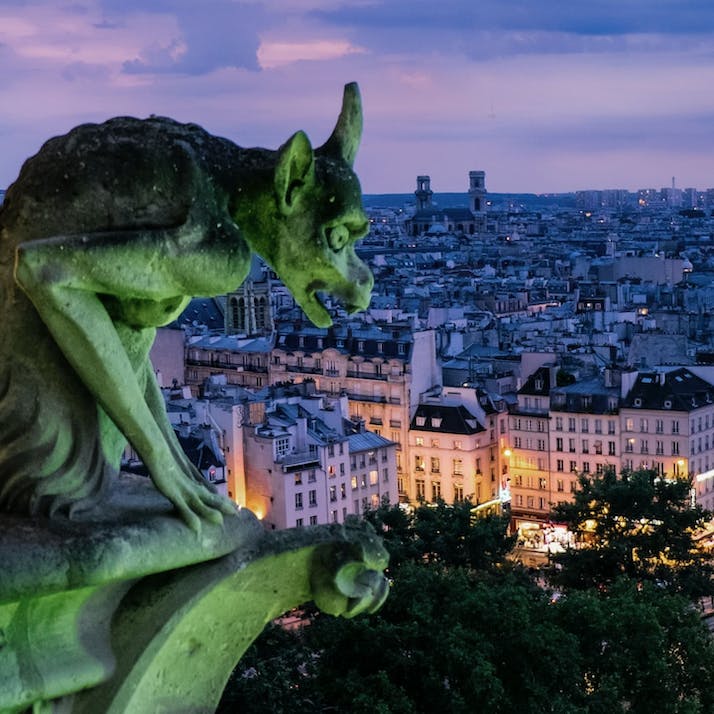 My Friends Moved to My City—and I'm Not Thrilled

Can friendship withstand jealousy and the housing market?

Over a year ago, I left the country where I grew up to settle in a foreign city. And even though I love the place I’ve chosen to make my home, living here is not the Emily in Paris dream sequence you might expect. When I come up against obstacles in the process of building my life here, I have the oppressive sense that the city itself, with its tall tower blocks and gray skyline, wants me out.

Those obstacles include the overly competitive housing market, where apartment listings are inundated with hundreds of replies within minutes of posting. Then, there’s the blunt, sarcastic reaction of some locals to a language-based misunderstanding—which makes it feel as though I'm one messed-up verb away from saying something completely wrong. There are vicious bureaucratic conundrums that suck you in like quicksand and trap you like thick mud, where you cannot apply for a job without a tax number, but cannot get a tax number without an apartment, but cannot get an apartment without evidence of three months of income.

I explained all of these intersecting, mind-frazzling issues to my friend Louisa nearly a year ago. She was also considering moving to this city because her boyfriend Mike had been offered a job here. While I was excited that they were considering the move, I felt I had to warn them that there was more to living here than crazy club nights and Instagrammable brunches.

Louisa and Mike accepted my words of wisdom gratefully but decided to make the move regardless. I was initially ecstatic with the decision. Louisa and I had been friends since university, and I was looking forward to reigniting the close bond we’d had when living together during our student days.

“”
It was at this point that my irrational jealousy began to truly kick in.

Mike arrived first, and seeing him in my city was a novelty. I’d spent quite a bit of time with him over the years, and we’d always got on well. I was more than happy to show him around, now that we were living in the same place. For our initial catch-up, we met at a bar, and once we’d settled in with a drink, he began telling me the details of his first couple of weeks in the city. As we talked, it became more and more evident that his experience of moving here, which I’d imagined to be as tumultuous and stressful as my own, was, in fact, anything but.

Mike had been supported in his transition by a relocation agency—something I’d barely heard of before he mentioned it, but which, when he described the bureaucratic hoops they jumped through for him, sounded like an angel sent from heaven with the sole purpose of making an immigrant’s life easier. His entire life, furniture, wardrobe and even bicycle were shipped over, all expenses paid, by his new job. In contrast, I arrived here with one rucksack of my belongings and had to slowly rebuild my collections of possessions whenever my paycheck afforded it.

When I first moved to the city, I lived in a tiny box of a room in a flat-share with unwelcoming locals, with a stress-inducing deadline of just one month before I had to find a new place to live. Meanwhile, Mike’s job put him up in a fully equipped room complete with its own cleaner, and he could stay there as long as he needed before he found his own place.

When it comes to dealing with bureaucracy in a country and language that’s not your own, every international person in a foreign city knows that the process can be demoralizing and infuriating at best, and at worst, outright racist. But Mike never had the dubious pleasure of discovering this for himself—he simply signed a form that allowed his relocation agent to attend appointments for him and came away with a freshly stamped visa and the right to remain in the country.

Fast-forward a few weeks and I was shocked to hear that Mike was moving into a flat of his own—one practically handed to him on a plate by, you guessed it, a colleague at work. Louisa came to visit to help him settle in, and it was at this point that my irrational jealousy began to truly kick in.

My Friend’s Big Move Was Putting Our Relationship in Jeopardy

Louisa is my close friend and one of the kindest, most genuine people I know. And yet, I couldn’t face seeing her so happy about her boyfriend’s new flat and her upcoming move when I had already been living here a year and had yet to move out of a nine-square-meter room in a tiny, dirty flat-share on the outskirts of the city.

Because she’s a great friend, she was completely sympathetic when I attempted to express my jealousy and explain why I was avoiding spending time in the flat she was so excited about.

“It must feel so unfair that I’ve got a flat and I don’t even live here yet,” she conceded. Somehow, these words stung even more. Up until that point, I hadn’t realized that Louisa considered the new place "hers" rather than just "her boyfriend’s place that she was visiting." But even though she hadn’t moved to the country yet, her name was already on the doorbell. The evidence was there in typed lettering. She was an official resident of this city, and I felt like anything but.

I realized just how deep-seated my resentment at people "following" me to this city was when I received a message from another friend from my home country: “I’m applying for a Ph.D. and I might be moving around the same time as Louisa! Could I crash at your place for a weekend when I come to check out the city?”

"No!" I wanted to scream. "You can’t come and crash at my place while you flirt with a romanticized idea of making your home here—not when you have no idea how hard it actually is."

"I was here first," my inner voice shouted, "and I don’t want to share."

“”
My concept of what belongs to me became warped in my desperation to cling to a city that felt like it was slipping from my grasp.

In the End, I Was Just Being Jealous

Caught up in my own feelings of jealousy, I didn’t reply to this message for two weeks. But eventually, I tuned into how irrational and selfish I was being. I sent my friend a text, apologizing for my slow reply and telling her she was of course welcome to visit.

I’ve come to accept the fact that I won’t get over my jealousy easily, not when so many elements of living here feel like such difficult battles to overcome. My concept of what belongs to me became warped in my desperation to cling to a city that felt like it was slipping from my grasp. But I want to try and be a more welcoming, forgiving and understanding person, especially to those who I love. What I should have realized is, the more friends who move here, the more this city will feel like my home as well as theirs. And that, more than anything, is worth overcoming my jealousy for.