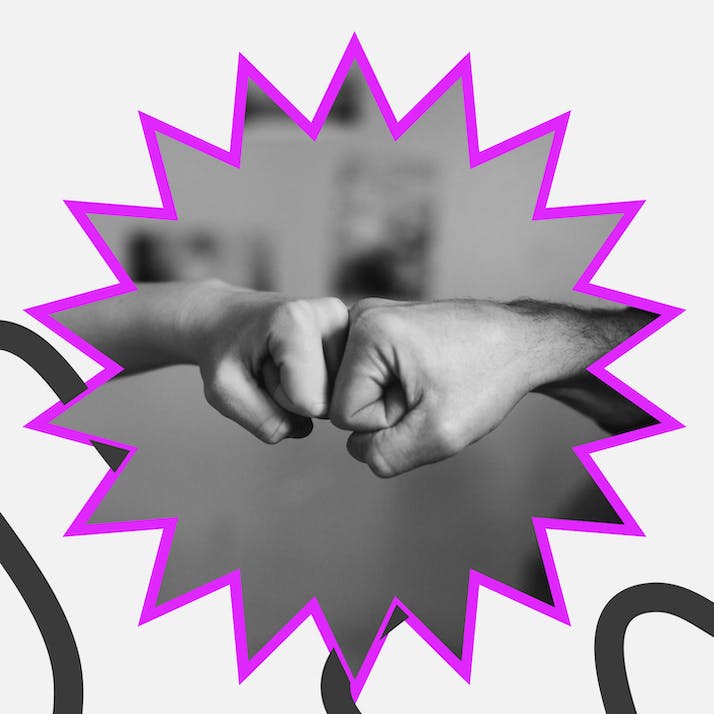 A political reporter lays out the challenges and ethical boundaries of managing relationships with elected officials.

I can’t believe I accepted the hug.

A dozen thoughts ran through my head in the one-second embrace with the councilwoman.

As a political reporter, I’m constantly managing relationships with some of the most difficult people in the world: small-time politicians. My entire job rotates around what politicians are doing and saying. But if I want to do my job better, I’ve also got to find out what they’re not doing and not saying. And, of course, what they’re thinking. So you can’t just show up at press conferences. You’ve got to call them, text them, tweet at them, get coffee with them.

You want them to trust you but not become their friend. Because at the end of the day, it’s business, not personal. And you’re both using each other.

One day at city hall, journalists were sitting around and riffing at the end of a workday. One got a text from an elected official, lamenting that he didn’t get enough credit for the role he played in recent negotiations. The reporter read it aloud to the five of us. Jeez, she said, doesn’t he have some friends to talk to? Or a therapist? I laughed, but I was secretly jealous.

Why didn’t I get that text too?

Some politicians have a little bit of Bill Clinton in them. They make you feel like you’re the only reporter in the world. There was one councilwoman who I talked to all the time. She would share inside information and gossip about other members. Sometimes when she couldn’t get a question answered by the mayor, she’d see if I could ask it at the next press conference. When we saw each other in person, we’d greet each other warmly. She was my mom’s age, but my girlfriend joked that this politician was my real girlfriend.

Only later did I find out that she does this with a lot of young men. Nothing creepy. But she has her favorites, and it wasn’t just me.

That relationship with the councilwoman got ruined by a tweet. One night, I idly speculated that she would be endorsing a certain mayoral candidate. I got a phone call. “Delete that. It’s wrong and it will get me in trouble.”

“I’m sorry,” I explained. “I’ll tweet again that I guessed wrong. But I’m not going to delete it.”

“We’ve had a good relationship,” she said. “I wouldn’t want this to end it.”

I stuck to my guns. I was not deleting a totally fair tweet under pressure. But it ruined the relationship. She didn’t respond to my calls for months after that, and we avoided each other’s eyes at city hall. Then, one day, it was all forgotten. I was writing a couple stories that she wanted to be quoted in. We talked on a cold night in a small city park, but the conversation was warm as ever.

Twitter is a huge help. Sometimes, it’s the best way to get to a politician directly, instead of going through a spokesperson who may or may not get your question to their boss. And sometimes, electeds will reach out to you directly to follow up on a tweet. But it gets you in trouble too.

It’s a difficult balance. A reporter is responsible, first, to the readers. I owe it to them to get as close to the whole truth as I can. And if I can entertain them while I’m at it? That just means more people will want to read it. But you hold some responsibility to the elected officials too. The power of the pen is real. Politicians signed up for scrutiny and higher standards, but you’ve got to be fair and accurate and give them a chance to explain themselves.

“”
The state senator was furious.

Of course, just as I need them to talk to me, they need me to write about them. I once reported that a state senator had contributed to his chamber’s reputation for dysfunction. After all, he’d been arrested for assault and had a reputation for screaming at his colleagues.

I was in an Uber ride home with my co-worker when I got a phone call. The state senator was furious. “That was an unfair shot,” he said. “I give you a quote for the story, and this is how you repay me? I’m never talking to you again. Lose this number.”

I was shook, but I knew I was right. Three years later, he was running for higher office and reached out to me, asking for an interview. It felt better than getting a hug.