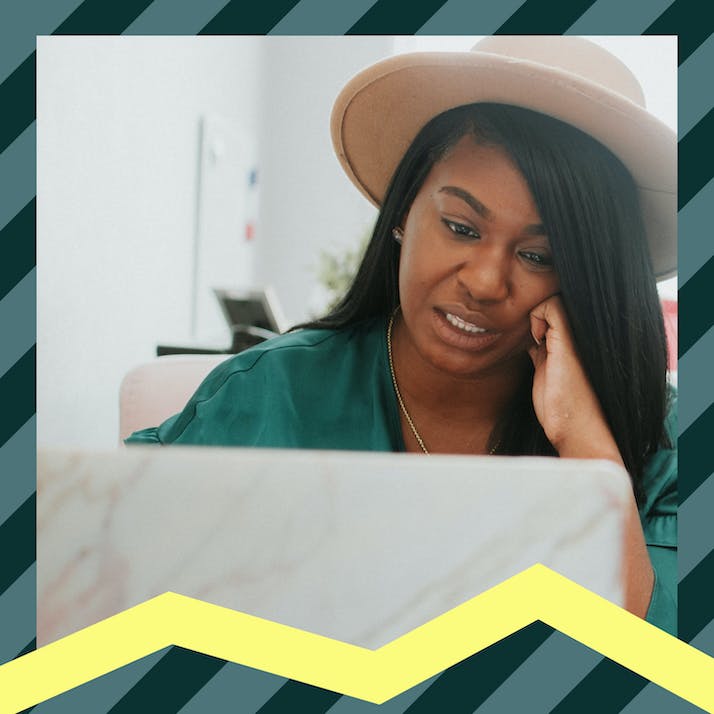 Not every writer should have to fashion themselves as an entrepreneurial gig worker monitoring and monetizing every minute of their day.

There’s apparently an app for freelance writers that allows you to turn yourself into your own nightmare Taylorite panopticon, monitoring the prisoner/employer who is yourself. You’re supposed to log in at 15-minute increments, reporting to the manager (who is you) about whether the employee (also you) is optimally performing to maximize profits or is slacking off by getting a snack or messing around on social media or pausing to contemplate the yawning abyss of guilt and self-loathing that has opened in their soul for some reason.

I found out about this app through a post on a professional network for writers. I will call this professional network “George.” George is a supportive online community where writers share past successes, talk about strategies for future successes, problem-solve barriers to success and explain how you, too, can get a byline in leading venues like The New York Times and also The New York Times.

I sound helplessly bitter because I am a bad person and also bitter. I have never been published in either The New York Times or The New York Times. But, even so, George is a great community in many ways. There are helpful posts about job opportunities. People offer advice about how to pitch to this venue or that venue. The comments are moderated within an inch of their lives; it’s one of those rare internet places where you almost never see people being horrible to each other. Everyone is polite and upbeat and focused on success.

“”
When people advise you not to write for less than $1 a word, and you are lucky to get a tenth of that in many cases, it doesn’t exactly feel supportive and inspiring to hear about the fortunes of your betters.

The Neoliberal Mindset Has Encouraged Self-Exploitation

“Neoliberal” is a word that gets thrown around with a certain cavalier disregard for context. Originally, neoliberalism referred to the Reagan/Thatcher deregulatory program of the 1980s. Conservatives of that time argued that everyone was better off without government oversight—that if you freed people from the chains of taxation and welfare payments, they’d pull themselves up by their toenails even if they didn’t have shoelaces.

Old-school capitalism praised the capitalists. Neoliberalism still praises capitalists, but it also touts the potential capitalist in all of us. You (and you!) can be your own overseer, fashioning yourself into your own lucrative brand as a gig worker entrepreneur, vigorously exploiting yourself for the greater glory of yourself.

George is the friendly hum of the neoliberal treadmill scrolling by in encouraging post after encouraging post. The community perceives itself as a collection of canny managers, all sharing strategies for getting the most out of their workforces of one. Network! Connect with editors! Don’t sell yourself short! Negotiate those rates up and up! Share your triumphs so people can see how awesome you are, improving your brand and setting yourself up for more triumphs to come.

Freelance Writers Do Not Control Their Own Fate

The relentless tread of triumph is, obviously, a little disheartening if you are not notably triumphing yourself and haven’t increased your modest yearly income in over a decade. When people advise you not to write for less than $1 a word, and you are lucky to get a tenth of that in many cases, it doesn’t exactly feel supportive and inspiring to hear about the fortunes of your betters. It feels like you are a losing loser who has lost the game of George.

If you read George posts, you get the impression that freelancers control their own fate—that if you just get the right information, you can write the right pitch and take the next step in your career. But the truth is that most of us don’t actually have careers. We’ve got cobbled together gigs that lead nowhere in particular, except to the certainty of sporadic failure and humiliation.

Freelancers—like most workers—have virtually no power and no leverage. I’m rarely in a position to negotiate terms or ask for more money. The industry standard is that you do the work, and then they decide if they’re going to pay you. Sometimes, an editor will reject a piece for no reason and refuse to give you anything for it. Sometimes, an editor will be rude and abusive for no reason. Editors can yell at you for disagreeing with them on social media. They can end a decade-long relationship with no explanation. They can just disappear and stop returning your emails. There’s nothing you can do about any of that, for the most part, except grin and bear it. Or not grin and sink into despair, as the case may be.

A Community of Empowerment Rarely Highlights Its Inequities

But these are framed as obstacles to skip over on the road upward, rather than as regularly encountered walls in the dead-end maze. A community devoted to career empowerment isn’t going to dwell on collective powerlessness. If you’re lying in bed, contemplating the low ceiling and nonpayment of another invoice, maybe just get that app and pretend you’re a manager whipping yourself into a flurry of activity, controlling your own destiny by quantifying and regulating your own bathroom breaks.

Even berating George is mostly an exercise in self-chastisement. How can I be better than George, after all, when I am in George? In the unlikely event that I ever get a byline in The New York Times or The New York Times, I will tell my mom, and then I will share it with George. When people say they are getting paid umpty umpty umpt and no less, I do not say, “Well, I’m grinding out listicles for a content mill at eight cents a word,” because who wants to tell your colleagues, “Hey, I’m a failure.” I pay attention to my brand and manage my time. My inner George gives me a thumbs up. I try not to gag on it.