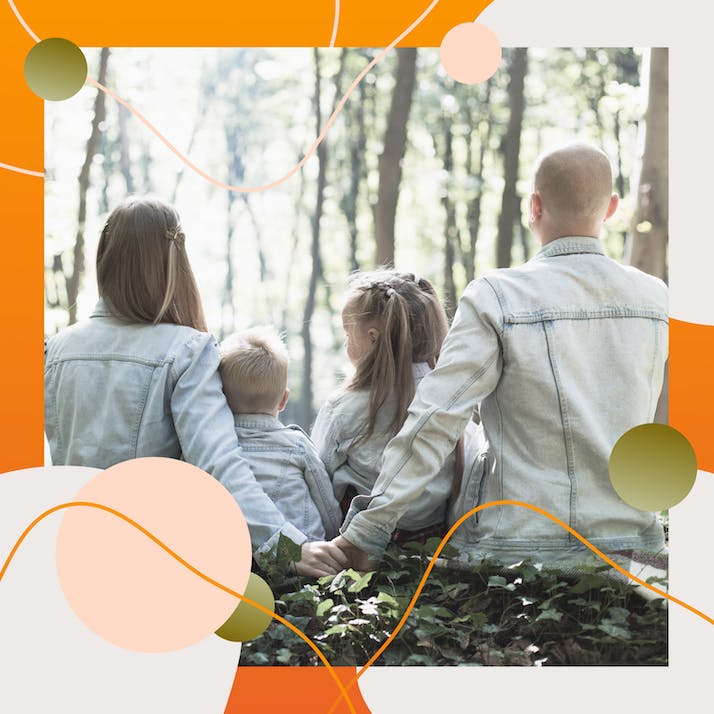 My Foster Parents Are My Real Parents

An adopted child describes the experience of never knowing his biological mother and father, and the bonds he’s created with those that chose him.

“You’re not your parents’ real child.”

If these words were true, then the miracle of adoption wouldn’t be as incredible as it is. The chances, the decisions and the choices that had to be made and taken for my journey to become a reality are nothing short of a miracle. The reality is that there’s a stigma in this world about adopted children. People are conditioned to associate biological relationships as the determining factors of a family, but really, “your family” is composed of those who fight for you, love you, support you and raise you every single day.

I write this with the full understanding that not all adoptions are seamless or positive experiences in totality, and I know that there are adopted children struggling with their families. They are second-guessing themselves and those around them, and my particular story is a fortunate one, something not every adopted child has been blessed with. However, I do feel that the majority of adoptions take place with the best of intentions. To those struggling, however, I see you and don’t want you to feel that this piece delegitimizes your experience.

“”
How I even came to be at that orphanage during that window is a mystery and miracle unto itself.

My Adoption in Russia Was Highly Unlikely

Prior to smartphones, flip phones and reliable computers, my South Carolina-based parents were able to locate a toddler in an orphanage 5,302 miles away in Moscow, Russia. Conditions were incredibly poor there. Cribs lined the walls, mirroring the setup of an animal shelter, and there was a “staging” room where children would be placed if they had the opportunity for adoption. Dressed in lackluster clothing, the child would see toys for the first time, and a photographers’ camera angles would attempt to hide the malnutrition and lack of mobility by propping the child up against a rocking horse. The conditions can’t be blamed on the caregivers who dedicate their lives to caring for the children who live there. They simply do the very best with what they’ve got, which isn’t much.

From there, videos of the child would be sent to prospective families. Next, the agency required multiple visits with the child, regardless of where the adoptive parents lived. In my case, this meant that my family had to spend extensive time in Moscow on multiple trips to get to know me, and more importantly, to let the orphanage know them. These touchpoints along the way are part of the long battle that ensues to gain the privilege of adopting a child, but the bonds that it forms, if done properly, are tantamount.

This entire process took place, by chance, within the 22-year time frame in which the United States and Russia were allowing adoptions—a rare pause in the two countries’ tumultuous relationship that lasted from 1991 to 2012. How I even came to be at that orphanage during that window is a mystery and miracle unto itself. I have never felt more like my parents’ “real” child. While my birth certificate may read Russian, a DNA test would later reveal that I was 99.4 percent Armenian and .6 percent Central-South Asian (Pakistani region). The complexities of how I even ended up in Moscow with that genetic makeup just add to the nearly insurmountable odds of my adoption.

“”
The reality is that there’s a stigma in this world about adopted children.

I Was Bullied for Being Adopted

Growing up adopted presented some challenges, as you may expect, but thankfully in my situation they weren’t internal, meaning they weren’t challenges born from within the home like many other children face.  As long as I can remember, my adoptive parents made sure I understood that I was adopted and what that meant, so that I would be well-equipped to face bullies throughout life who didn’t understand.

The most common example of bullying would be the “Oh yeah? Well, you’re adopted” jokes, or the ever childish “Your parents don’t even love you,” or “You’re not even your parents’ real child.” That’s where they missed the mark though. Yes, I am not biologically related to my parents—you got me. But being one’s genetic offspring doesn’t give an individual a parent. I’ve come to learn in my journey being raised by non-biological parents that genetics has nothing to do with it. Love and support, however, has everything to do with it, and because of this, any attempt at being bullied would simply get deflected.

I think I was spared the harshest of bullying because, physically, my appearance loosely resembles that of my family. We all have olive skin, dark hair and brown eyes; I fall between them in height; and I’ve got a full beard, similar to my pop’s. At first glance, you wouldn’t suspect that we weren’t biologically related unless you studied our facial features closely. If you asked, my mother would tell you a beautiful story with tears in her eyes about how God put me on this earth away from them, and they just had to find me. My father would then chuckle and smile with pride and love in his eyes.

Biology Does Not Determine Your Real Parents

Ask any adopted child and they’ll tell you the number one question always asked is, “Do you ever think about searching for your real parents?” While I understand I don’t speak for the entire adopted community, my answer is simply “no.” I’ve been blessed with an incredible family through and through, and I don’t have any memory of my biological parents. At this point, I barely remember my orphanage, so there’s no emotional tie or bond to anyone prior to the family I know now. I was willingly given to an orphanage prior to being adopted, and that’s a pretty clear message in itself.

Now, there’s the continuation of the battle on the homefront. When a child has been through trauma at an early age, there is a high risk of overstimulation, which can lead to mental shutdowns and the like. In my case, due to malnutrition and lack of muscular development within the confines of my crib for the first nearly two years of my life, I struggled with fine motor skills and needed therapy for years after my arrival to accomplish the most simple tasks like fastening buttons or snaps. However, when I think about what the alternative could have been growing up in that Russian orphanage, I am incredibly thankful for that one-in-a-trillion chance to make it.

My first name is a Russian one that remained unchanged upon my adoption. It’s a proud symbol of my story and my parents’ fight to get to me. So my message is simple to adopted children around the world: Not only are you your parents’ “real” child, but you were fought for, your family endured and overcame obstacles that the world will never know just to have the opportunity to love you. Absolutely no one can take that away from you.