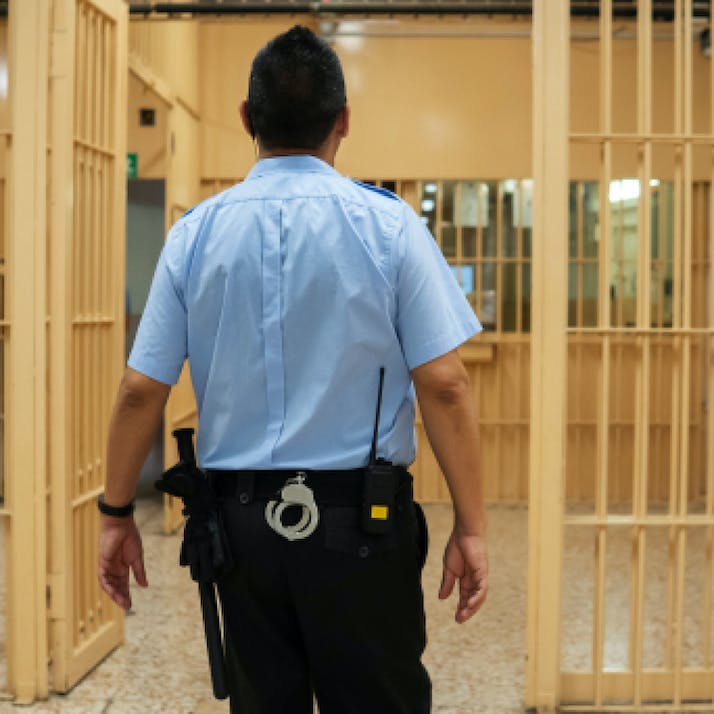 Joe Biden and Kamala Harris Fought to Imprison Me: I’m Still Voting for Them

A former inmate explains why, despite their legislation miscues, he's ticking the box for the Democrats in his first eligible election.

I am 28 years old and this November will be the first major election I can legally take part in.

I grew up in the heavily policed, crime-bill-funded “zero-tolerance” schools of the 1990s and early 2000s Los Angeles. The first time I was arrested was at age 11 for playing too rough in the schoolyard. Then again at 13 for leaving school early. And then every year after that until I was 19, when I was arrested and spent seven years incarcerated, followed by two years on parole.

That was how I lost my voting rights. And now, after a decade of being barred from my legal right to vote, I will cast my first ballot for two people who took it away from me.

The people I’m backing in this presidential election actively fought to put me and keep me in prison, not to benefit public safety but to benefit their political careers. I will be voting for Joe Biden and Kamala Harris for President and Vice President of the United States.

“”
When I was first incarcerated in 2011, California’s prison system was operating at over 200 percent capacity.

How Biden, Harris and “Tough on Crime” Democrats Locked Up People Like Me

As a senator, Joe Biden crafted the Violent Crime Control and Law Enforcement Act of 1994, a sweeping range of measures designed to drastically invest in police and prisons, and divest from community health and safety. He understood that a “tough on crime” stance was good for him and the Democratic Party, which had been losing elections to Republicans for years. With the swipe of his pen, he designed policy that would help create the world I grew up in, one with schools that looked like prisons, police on every corner to catch “super-predators” like me, and three-strikes laws like the one California would use to put me in prison 17 years later.

As Attorney General of California, Kamala Harris defended the California prison system in court while it was killing more than one inmate a day—people like me—due to overcrowding and unconstitutionally substandard health care. When I was first incarcerated in 2011, California’s prison system was operating at over 200 percent capacity, with almost 170,000 people locked up, which led to the medical neglect and mass death that Harris was charged with defending.

It was in one of these overcrowded prisons that I read her book Smart on Crime, where she outlined neoliberal policies around decriminalizing low level drug offenses so that “serious criminals” could be locked away for a long time—sometimes forever. As a person convicted of robbery, considered serious and violent under the law, I knew which category she would put me in. It was the same category she put my friend Peter in when she was District Attorney of San Francisco and her office gave him 11 years for gun possession—a standard one-year sentence for the gun, plus a ten-year gang enhancement for refusing to tell law enforcement where he got it. Because, as she outlines in her book, Harris believes that only gang members don’t cooperate with law enforcement.

“”
So why would I vote for them? Three words: to defeat Trump.

The Simple Reason I’m Still Going to Vote for Them

It would be one thing if Biden and Harris had drastically changed their positions since announcing their candidacies, but they haven’t. In response to the #DefundThePolice movement, Biden has recommended giving another $300 billion to departments around the country. Harris continues to advocate for liberal drug reform, like decriminalizing marijuana, while standing firm in her belief in punishment and long sentences.

So why would I vote for them? Three words: to defeat Trump.

So, I have registered to vote, after receiving proof that I discharged parole. On November 3, I will vote for the people in the best position to defeat the most destructive American president to serve in my lifetime. And on November 4, I will push like hell to abolish the police that Joe Biden funded in 1994, and shut down the prisons Kamala defended in 2014. I will push them to support the Breathe Act to return resources to our community’s needs. I will use the voting rights I fought to take back from a system that doesn’t serve us—not as an endorsement for the candidates, but as a tactic to build the community my younger self deserved.