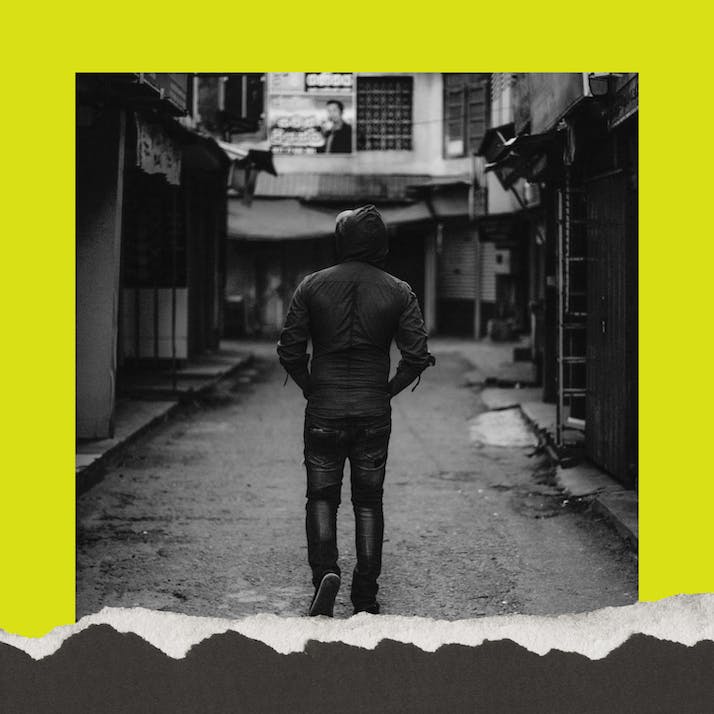 The Rocky Road to Forgiving My Parents

For a long time, I categorized my Sri Lankan parents’ issues as the cultural norm. I didn’t realize the ramifications their fighting had.

For many of us, parental problems aren’t unusual. In fact, “daddy issues” has become a colloquialism, and it probably won’t be long until a similar term is coined for mothers. However, when you’re a brown child with brown parents growing up in South Asia, none of that applies to you.

I was born on the small island nation of Sri Lanka, where culture is stereotypically oppressive. My childhood years were spent in Japan and Europe, but once we got back, I remained connected to those cultures with the just-expanding internet. My home country’s mindset is limited, and tradition is nothing more than a looming threat overshadowing anything you want to do. People keep their heads down and do what is socially acceptable.

I did not. Not because I particularly wanted to be a rebel. I didn’t realize it made me a rebel.

Parents of brown culture are totally alone. A girl goes from being absolutely forbidden to even see a boy to being married off and expected to know how to manage a family. A boy gets away with everything he does, and expects the same in his marriage, believing they have to stay cold and emotionally unavailable but also provide for the family. That’s the extent of their obligation.

Most of all, our culture does not ask for help. Is it any surprise that domestic violence is so common then? Or that mental health is such a taboo topic?

“”
Our culture doesn't ask for help.

My Parents’ Issues Made Me Go Through a Rebellious Phase

Growing up in an abusive household, my father was rarely home. When he was, there would often be fights. Little me thought the sun rose and set with my mother, and she could do no wrong. It was all my father’s fault, I thought. Twenty years later, I look at them as one looks at two children who couldn’t set their petty problems aside and stop squabbling. When children squabble, it's a relatively harmless affair. When it’s adults who never learned how to properly deal with issues, then you have other lives being affected. Mostly the rest of the family.

I considered it normal that parents fought when I grew up. I considered it so normal that I didn’t give a second thought to the terrified nights, the screaming and the smashing. I assumed that beneath everyone’s smiles at schools, the same situation lurked. Love was as made-up as the fairies in stories, a thought so deep-rooted that it would take me 15 years to realize I was wrong.

When I started acting out (when the depression originally started to manifest) at nine years old, my parents didn’t know how to deal with it either. I wasn’t a teenager, and I was already going through my rebellious phase. And I, at the time, had no idea how to tell them about the raging churn of thoughts in my head, the perpetual headache I carried around without even realizing it.

I had no friends, I shut my family out. And every time I disagreed with them on what to do with my life—such as not going to the classes they wanted, not taking the subjects they wanted, staying out late (by which I mean 7 p.m.), speaking with boys (the horror)—our fights escalated. Throughout this, they had no notion of checking if there was something wrong with me. I only knew about mental illness from Tumblr. “At least these people are really sick. What’s my excuse, that I’m a pathetic human being?” I thought. The lack of education was so much that I never connected the dots and determined I might be showing symptoms.

My friends were the ones who got me through my school years, but even they didn’t know what they were doing, how much they were helping. It never occurred to me to tell them, because I assumed everyone was dealing with the same thing at their homes. During the next few years, I would learn that a lot of what I considered to be normal, was in fact, not.

As I was finishing school, my best friend (a guy, much to the further consternation of my parents) started dating, a concept I did not understand at all. I thought love meant giving each other presents until you got married. Then I saw how utterly in love he was. And how it actually looked like the books described it.

I started questioning a lot of things in life.

The internet helped. I spent hours browsing through coming-of-age sites, and comparing them to what I saw at home. My conclusion: I was right. Why were my parents so bitchy? When I went to state university and decided I didn’t want to put up with the ragging (which Sri Lanka is notorious for), it sparked further dispute. Finding work, I stayed out of home and managed for months on end. And yet, despite all the dots I connected, I never thought the never-ending burning weight in my head was anything more than proof of me being a failure.

It took a few more months, and a near-suicide attempt, for me to finally relent and seek out a counselor. Not a psychologist, or a psychiatrist, mind you, but a therapist. Because even at that point, I didn’t believe I was sick. Before going to see said counselor, I had weeks of panic attacks and self-doubt because I thought, “What if they tell me this is actually all in my head?”

“”
I started questioning a lot of things in life.

Visiting a Therapist Helped Me Understand My Upbringing Much Better

They didn’t. In fact, they took me very seriously, and within weeks, I was referred to one of the best psychiatrists in the country. Through these amazing people, I started learning exactly what mental health was, the stigma in the country, the lack of education. Eventually, I made up with my parents. Eventually, they came to accept everything that went wrong. We collectively realized a lot of things, and I even moved back in with them last year.

I have come to the point where I understood that they didn’t know any better. That they are learning about mental health as much as I. That they’re struggling to adjust and understand. They’re very supportive. We all regret the things we didn’t know, the help we didn’t know to get. They blame themselves for what happened to me, and what almost could have happened to my little brother.

Deep down, despite everything, I blame them, too.

I understand. But I don’t know if and when I can forgive and forget.