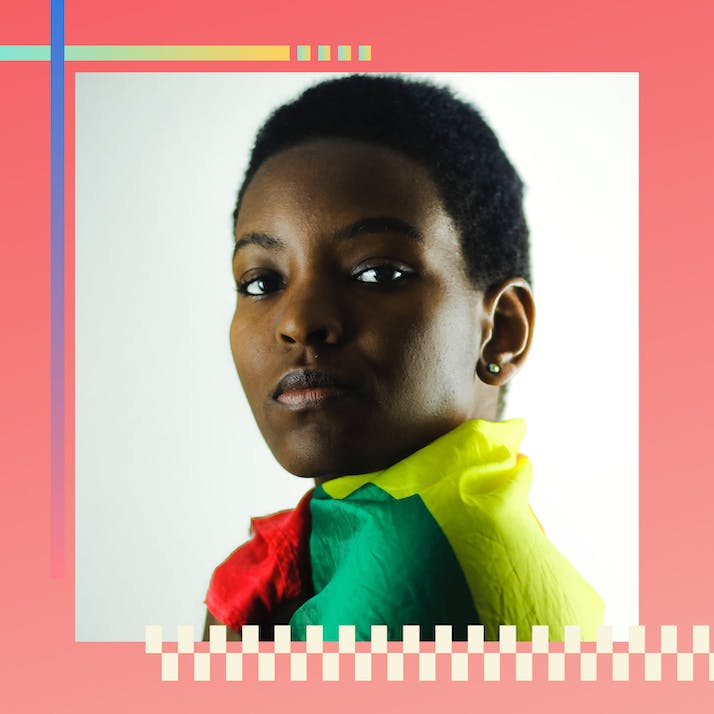 The Florida 'Don't Say Gay' Bill and My Queer Child

The state’s new legislation is meant to keep kids in ignorance, just like decades ago.

I don’t remember the first time I heard the term “gay,” though I’m sure it was used as an insult. I do, however, remember the first time I heard the word “lesbian.” I was in second grade, hanging out after school with a friend and an older fifth-grade girl. She was beneficently and somewhat smugly educating us in the way of schoolyard insults and told us that as a girl, she couldn’t be called “gay.”

My friend slyly said, “Yes, but you can be a lesbian.”

She gasped and demanded to know where he had heard that word, and there was much giggling and scuffling. That was the extent of my instruction in LGBT issues on school grounds.

I’m married to a bisexual woman now, and my daughter is trans and a lesbian. She goes to an arts school in a major city, where a third to half of the student body is queer. She goes to queer punk shows and has parties at our house where there is nary a cis straight person to be seen (except me, hiding upstairs).

I’m thrilled she’s growing up in a more open, less bigoted environment than I did. But I’m nervous because I know that a lot of people want to reinstate as much of the bigotry as they can. Florida Governor Ron DeSantis just signed a bill barring teachers from talking about sexual orientation to students in kindergarten through third grade. DeSantis claims that discussing sexuality is developmentally inappropriate for young children. He says he’s protecting kids.

“”
I’m nervous because I know that a lot of people want to reinstate as much of the bigotry as they can.

My Teachers Never Discussed Anything About Queerness in School

But, as I said, when I was growing up in a heavily Catholic backwater in Pennsylvania, discussion of sexual orientation among elementary school children was quite common. It was just entirely framed by ignorance and bigotry. We didn’t know clearly who gay and lesbian people were. And that allowed us to despise them.

My parents were liberal outliers in our community; I never heard homophobic slurs at home, and I don’t think I ever used them myself. But I was certainly homophobic through middle school and into high school. I’m not sure how I could have been anything else when I had so little information about queer people available to me. History classes didn’t mention that queer people were targeted during the Holocaust. Health class, taught by the football coach who looked like one of the shapeless characters from the old comic strip Herman, barely acknowledged that sex existed, much less that queer people did.

We studied Emily Dickinson and Virginia Woolf, but we weren’t told they had relationships with women. We read The Great Gatsby, but the gay subtext was never elucidated. I vaguely remember one student in English mentioning, specifically to cause trouble, that some of Shakespeare’s sonnets were written to men. The teacher got very flustered and moved the conversation along. Something similar happened when we were discussing ancient Greece. So we learned that where queer content existed, it was scandalous and had to be covered up.

Without Queer Education, Many Students Suffered From Embarrassment and Bullying

In the absence of actual information about LGBT people, history and writing, we were left with embarrassment, stigma and worse. Kids with asymmetrical haircuts were teased mercilessly—by peers but also by adults, especially coaches. No one was in any way publicly out, but of course, some kids were gender nonconforming, and everyone else let them know they were abnormal and deserved to be punished.

I vividly remember one day finding out that a friend who had stereotypically gay mannerisms was dating a girl who dressed very butch. I was quietly horrified, as if I’d just learned some terrible, repulsive secret. Eventually, I got out, went to college, met actual queer people and stopped being scared of them. I’m not exactly ashamed of my younger, dumber, more bigoted self. I was a kid and didn’t have the support or information I needed to be a decent person.

I do, though, blame the adults who didn’t give me that support and information at school and, to some degree, even at home. Teachers made a deliberate effort not to tell us about gay people in Athens or in the Holocaust or in The Great Gatsby. Coaches led mockery of kids who they suspected might have been queer. And my parents, pointing to the crime rate, would say, “Well, this is a nice place to grow up.” Even though if you were queer, it wouldn’t have been a nice place to grow up. It would have been terrifying, miserable and perhaps life-threatening.

“”
Florida’s bill is meant to harm all children—turning some into targets and some into bigots.

I’m straight, and while I was bullied for other reasons, I don’t think anyone ever targeted me with homophobic slurs. But I’d still say, in retrospect, that even for kids who aren’t queer, growing up in a petri dish of bigotry is bad.

Most of the discussion of Florida’s “Don’t Say Gay” bill has, rightly, focused on the likely harm and trauma to queer kids, kids with queer families and queer teachers. All of these people may face sanctions if they talk about their identities or their loved ones. They are the most directly harmed. But straight kids are also affected.

DeSantis’s bill is meant to isolate queer kids, and it’s meant to keep all kids in ignorance. The goal is to recreate the experience I had growing up—in which gay people were pushed into the closet, and so LGBT kids became targets of hate and a source of fear. Florida’s bill is meant to harm all children—turning some into targets and some into bigots. It’s a formula for inculcating the young into the Republican Party’s program of homophobia.

As someone who was brought up in a similar ethos of prejudice, I can testify, contra DeSantis and his ghoulish fans, that that ethos was poor preparation for being a good person, a good friend, a good husband or a good father. When schools set out to teach ignorance and hate, no one benefits.