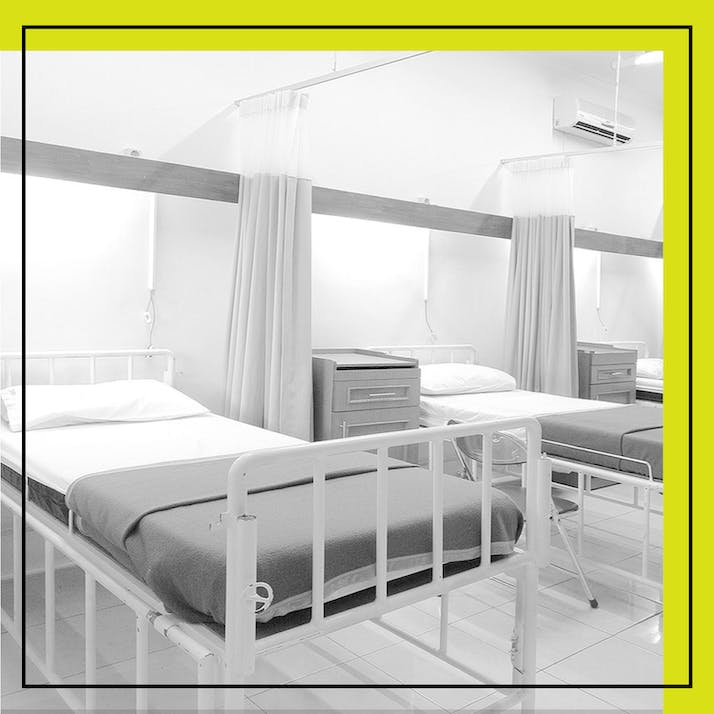 Finding My Sanity Through the Mist: A Zen Koan

A poet writes of navigating her way through bipolar disorder.

I saw in the mist formed

The fatal chrysanthemum, myself.

My shoulders, the earth collapsed.

The Mist Formed Around Me

In October of my 22nd year, I woke up in a mental hospital. I had been in McLean Hospital for two days and two nights. But it was on the third morning that I opened my eyes and had the full realization: I am in a mental hospital. I was gazing out of a barred window in my tiny bedroom that I shared with a stranger whose face I hadn’t yet clocked, so wrapped in my own mist was I. In the 72 hours preceding that moment I’d held tight to two theories:

To understand clarity, you have to understand the mist. But the mist is not a straight line: It’s a spiderweb of fog—intricate, dense, its voice an inarticulate knot of radio static. My mist began that past January, clotted in May, thickened to cotton in August, and covered my mind completely by October. What started with an anxiety-ridden return trip to my country of birth—and with it, to memories of a war-seared childhood—was followed by a major and difficult break-up. Its swallowed grief festered, followed by a rejection from a friend I’d fallen deeply in love with, then escalated into rapid weight loss, isolation, strange delusions, and hallucinations—blossoming finally into pronounced psychosis.

Who can say which thread in the web was madness’ starting point? A mist doesn’t work that way. It’s a million droplets suspended in the air, clouding the landscape. To the mad, the mist is not a mist. It is vision itself. To understand clarity, you have to understand the mist.

The Fatal Chrysanthemum, Myself

These are both attempts to bargain with a disappearing brain. The mist had so fully drenched the landscape, I couldn’t see another option. Certainly, not the fact that I was rightfully in a mental hospital. That would mean I was insane. And yet, I was stripped down to a hospital gown, standing behind a hospital window. Just like that, I experienced the cutting clarity of cracking a koan’s code.

Here it was: the truth.

Stark and unadorned. Not a rationalization, just the facts: I am in a mental hospital. I could see the lawn, out there, outside the mental hospital, which I was in. There were birds floating on the air, out there. I was, certainly, in here. Perhaps we have one, maybe two moments like this in our lives—where a beam of light splits the vapor. My mind was open, just enough, like a pistachio; so sanity could jut its nail in and do the rest. In that gap, new questions entered: How did I get here? What were these last two, three, four months of sleepness and terror and God? Yes, a Godfullness that filled my bones to recall. A Godfullness I’d seen in everything: faces, apples, laundromats, shits, the sky. That feeling couldn’t be fake. Like a gauntlet, the mist fell full throttle, covering the clarity with definitives, rationalizations, chatter: I’m not insane. I can’t be insane. I can figure out what happened. I’ll figure it out. I’m not insane. I’m not insane.

The fatal chrysanthemum, myself.

As I Rose, Squaring My Shoulders, The Earth Collapsed

I wish I could tell you a single beam of light, an unadorned and knifing truth, rearranged me toward sanity. It doesn’t work that way. The mist falls again, cloaks the trees, makes you believe the hills are wearing diamonds. It would take a decade, four more bipolar emergencies of searing psychosis, hallucinations, depressions and delusions that would nearly wipe me off the face of the map, before a beam cut through definitively. After that fourth emergency in 2015, a rock bottom, I knew that if I didn’t evaluate my choices to not take medicine and forgo psychiatric help, I would be dead—and soon. A vow coalesced inside me.

Of course, these are just two interpretations. The truth is the only real option.