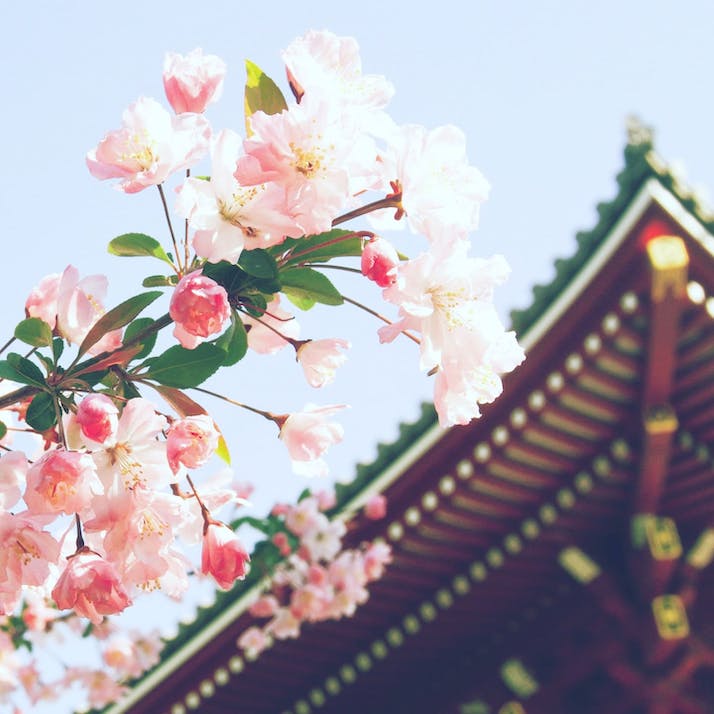 What It's Like Having a Feminist Awakening in a Sexist Country

After fulfilling my dream of moving to Japan, I found out life there was stuck in the past.

I’ll never forget the look of the early cherry blossoms when I started my new life in Japan. Moving here was a dream I held for years. I’d always been fascinated by the country, and for an artsy, socially awkward teenager, Japan seemed like a place I could fit right in.

I wanted to leave my home country, the Philippines, for a number of reasons. I didn’t fit in socially; I didn’t like the strong influence religion had there; and most of all, I wasn’t happy with my dysfunctional family. So I looked for every opportunity to move to Japan. A brief visit as a tourist had only left me convinced that I’d be happier living there—everything was efficient; everyone was so nice and polite; and the quality of life seemed so much better.

A year after that trip, I got my chance: I was accepted to study in Japan. I imagined myself living in Japan for as long as I could, not knowing the things I’d encounter here as a woman would break me off of that mindset soon enough.

“”
Japan breeds a sexist working culture that leaves women at a major disadvantage.

When I first saw an encumbered Japanese mother in the subway holding a baby stroller with one hand and a toddler with the other, I felt bad for her. The situation didn’t seem right to me. Where was their father? Why wasn’t anyone watching the kids for her while she went where she needed to go? But since I was new to Japan and everyone else on the train seemed to view this as normal, I promptly tucked away those feelings and accepted it for what it was.

A lot of my experiences during my first few years in Japan were marked by tucking away feelings and accepting things for how they were. I would go on dates and when a guy would mention he was looking for a housewife, I was told that it was because Japan was too “traditional.” At the post office with a guy friend, the staff addressed the man instead, even though I was the one who asked them questions. Similar things kept happening on different days in different places.

The longest “it’s just the way things are in Japan” situation I endured was my first job here. When I was a student, I worked part-time at an advertising production company. I enjoyed it because every day was different. The company branded itself as being “international” and hired other foreigners like me. If anything was too difficult for me in Japanese, I had others who could guide me in English. They said I could keep working for them once I finished school, so I took them up on their word, starting my life as a working woman in Japan.

My Manager Harassed Me and Criticized My Abilities

Soon after, a lot of things changed. During my orientation, they told me I’d have different duties from my previous role and that I’d be working under a manager I’d never interacted with. I felt anxious over learning brand-new responsibilities. I sought out support from friends and family and was assured that this was just new-job jitters and things would get easier.

It never did. Two months after I started, they fired the two people I worked with, giving me the workload of three people. My manager made things a lot worse. It was as if he saw this as an opportunity to lord his power over me. He gave me work I never received training for but also reprimanded me when I asked for help. He disallowed me from helping my colleagues from another department when they needed a hand and made it so that everyone had to ask for his permission before I could do anything. He criticized everything I did and belittled my abilities.

Everyone knew how much he controlled me, so I would complain about how hard things were to the same colleagues I thought I could rely on. Every time I’d hear back, “It’s just the way he is,” and nobody stood up for me. I told my friends outside of work, too. They’d sympathize and bring up how it was another classic Japanese issue of power harassment. Yet again, I’d be told, “It’s just the way it is.” It wasn’t until five years later that I’d realize all of it—the struggling mom in the subway, the housewife-seeking bad dates, men overlooking me, the power-harassing manager—was connected to Japan's widespread sexism.

“”
It was another classic Japanese issue of power harassment.

I quit that job after six months, but the effects it had on my mental health lasted for years. I switched between jobs and moved a lot because nothing was stable in my life. Last year, I finally found a job that helped me feel appreciated and safe. At first, I was always on edge and had a constant fear I’d get fired at any moment. But all I got were reassurances. It made me realize I wasn’t a terrible employee after all.

Once I realized I was in a safe environment, I started working on healing myself. I became involved in communities that put emphasis on mental health and the empowerment of women like me. I joined political circles that helped educate me on social topics I didn’t know much about. I started reading books by feminist authors, and the more I did, the more all of my experiences started to make sense to me. I started to understand why things are the way they are.

This awakening drove home the notion that Japan is terrible toward its women, and I learned how underrepresented women are in positions of power. The issue of having an overwhelming majority of men with too much unquestioned power at the top has made power harassment commonplace. I realized that my experience at my first job wasn’t a case of just one bad manager; Japan breeds a sexist working culture that leaves women at a major disadvantage.

I'm Setting My Sights on Living in a New Country

I also learned that other things being excused as a “cultural difference”—like men expecting a housewife or mothers taking on much more childcare—sustains Japan’s systematic sexism. Women are reported to be paid much less, and for those who are working, they’re often shamed if they decide to take maternity leave. I’ve heard of complaints from friends with kids about how daycare here can be difficult to get.

All of this results in lower salaries for women who have the double duty of being in the workforce while having unpaid care work at home. This makes it very hard for Japanese women to be successful and financially stable through work, so it’s become expected that women in Japan can only become housewives (and “birth-giving machines,” according to a former Japanese health minister). Without visibility in positions of power, nor the incentive to become self-sufficient, women are seen as an afterthought and can only be second fiddle to men.

Whether it’s in the privacy of their home or in the public sphere of work or TV, we’re only there to smile and nod as the big men shape the country. And so, even if Japan is where my feminist awakening started, I’ve started to set my sights elsewhere. Knowing what I know now, I can’t continue living somewhere that’s built against my very being. I don’t expect the next country I live in to be a perfect feminist utopia because nowhere in the world is. But while I continue to learn about the things I deserve as a woman, I’m glad I already got to learn firsthand what isn’t for me.