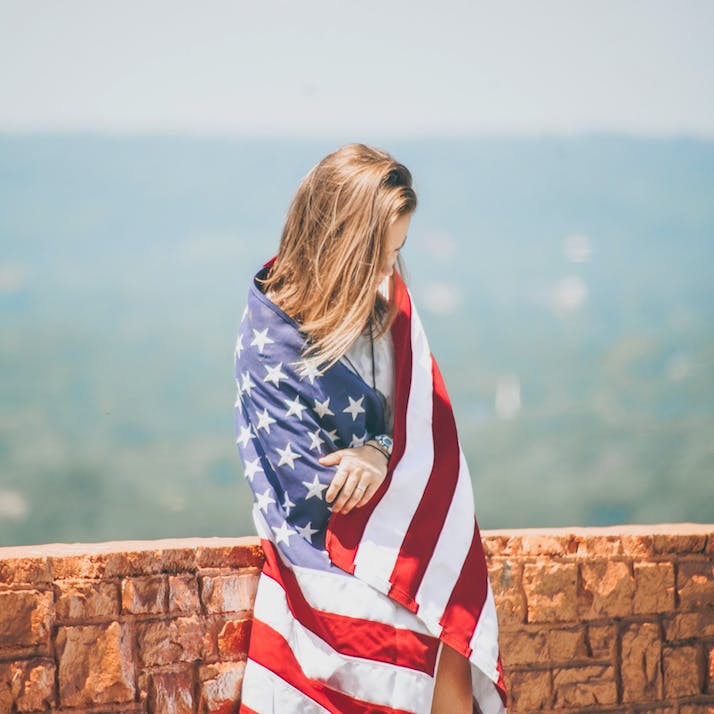 As a Female Trump Supporter, I Believe Feminism Is Selfish

An Army vet explains why she doesn’t have much time for the female equality movement.

The coldest time of each day is the first couple of minutes in the morning, right as the sun breaches the mountains and the heat descends upon the earth below. It was during this time that I realized how cold my saddle was, and how much I regretted leaving my gloves at home. I reached my hands back and put them between the saddle blanket and my horse's back to keep them warm. My dad had told me countless times not to forget my clothes and gear when I came to work, and he was long past the times of lending me his.

I was raised on the back of a horse and I knew better.

This was my life growing up a cowboy’s daughter: raise them tough and independent, and if you're too slow you'll be left behind. I have never resented this upbringing. I didn’t know at the time it would give me the best foundation my dad could supply me. He made sure I tried my hardest and did everything the guys did. I shoed horses, rode rodeos, raised 4-H and FFA steers to supply my own funds. “Work hard and always respect your elders,” my dad would continually say. “Money doesn't grow on trees and if you can't respect it you don't deserve it.”

Trump Supporters Who Are Women Have Different Values

I grew up in a town of 350, in a school that had fewer than 100 students total, from kindergartners to high school seniors. I wasn’t raised with a political ideology—that happened after I joined the military. I wasn’t raised to use guns as weapons to defend or take human life, either. That way of thinking was acquired from the military, too.

My life changed in profound ways once I signed it away to serve my country.

I didn’t enlist because I was patriotic. At the time I was enrolled at Western Oregon University studying American Sign Language and interpreting with the intent of being able to communicate better with my dad, who has depended on hearing aids his whole life. But once I’d given college a term as my dad had requested, I decided to leave. He wouldn’t allow me to come home and work on the ranch, so in order to be a contributing member of society, I joined the Army National Guard. Maybe they could babysit my immature self until I decided what to do with my life.

Throughout my eight years with the Army, the foundation my dad gave me to build on set me up for survival in life during and after my deployment. He had raised me to be tough and independent. The only feminist trait I grew up with was my father would tell me, “When a woman is in charge she’s a bitch, when a man is, he is just doing his job. Remember this when you go out into society, and do not take shit from no one.”

What the National Guard Taught Me About Feminism

Female equality was never a problem for me until I deployed. I was in Baghdad from mid-2009 through 2010. During that time I went to a mandatory all-female meeting, with all ranks in attendance. We all were seated in a circle and were encouraged to air out our grievances.

A particular staff sergeant was complaining that during this deployment she hadn’t yet been allowed to be a convoy commander. While other women encouraged her complaint I spoke up and asked what her convoy security experience was, and what qualifications she had to be put in such a position? Her reply was simple: “I’m a female and a staff sergeant.”

This soldier was willing to put everyone's life at risk merely because she held the position to do so and she was female. This was my first real feminist experience, and it did not disappoint. These situations happen every day and this mentality costs people their lives. I knew from that day forward that I would never put my gender ahead of experience and safety. I would never use it for personal gain or power.

“”
My life changed in profound ways once I signed it away to serve my country.

Republican Women Let Their Actions Do the Talking

These movements for female equality and transgender people in the military are all the same. Most of the people protesting aren't even in the military. They aren't sacrificing their lives. They’re on the outside complaining. Instead of actions they just have words. Most women who complain about wanting to be allowed to have a combat military occupation can't even pass the physical standards, but instead of failing and realizing that, they complain that the standards are unfair.

Until I started paying attention, I had just gone about my business not even knowing politics existed. Once I was out of my tiny town and into the world, things started changing for me. I saw the vast differences between left and right. These female Democrats and their feminist movements are just like that staff sergeant on deployment. She wasn't there for her soldiers—she was there for her own agenda.

Female Democrats in our government are no different. They’re not here for America as a whole because they don't see the whole picture. They can’t get past personal agendas. However, I do believe both parties have to exist to have what America has. They really do complement each other when both parties are working for the same purpose, which should be: America. But it's not.

For eight years during Obama, America became soft. We spent our days trying not to offend anyone, making sure everyone in the world was happy, forgetting what is out our back door.

Then Donald Trump came along. For once, there was someone who was not a politician running for president. Our Republican eyes opened, like when The Wizard of Oz switched from black-and-white to color. Suddenly there was a man for America. “America First”: How long had it been since anyone heard that?

Of course, the first thing that happened was women uncovering his past history regarding comments towards women. So, yet again, they were not and are not seeing the picture as a whole—only for personal gain.

Republican Women for Trump Believe in America as a Whole

There will never be a presidential candidate who checks every single box but, collectively, they fit the mold. This is a continual puzzle every American has to put together when choosing their candidate. You choose the one who checks the most boxes according to your views. I do not believe this was done during Obama's administration. The Washington Post put out an article that said during Barack Obama's candidacy, “Black voter turnout exceeded white turnout for the first time in history.”

Since Trump’s election, I have never been so jazzed to be an American. This man is for the people. America comes first and he has no problem meeting opposition head-on. For years it was as if we let everything slide, so as to not ruffle any feathers. Then Trump came in and effectively said if you have a problem, then leave. It’s interesting that this offended people, when before the election these same people said they would leave America if he was elected.

We have immigrants here complaining about him. Why? You have your country, why come to ours and complain?

But this is the difference between Republicans and Democrats. While Democrats have been fighting anything Trump does for four years, he’s been getting things done, even during a pandemic. He is not here for personal gain but has been fighting the “Mean Girls Club” since he was elected.

I refuse to join this generation of feminist movements and entitlement for free handouts and participation awards. I am here for the working American. So is Trump.

What She SaidState of the Union