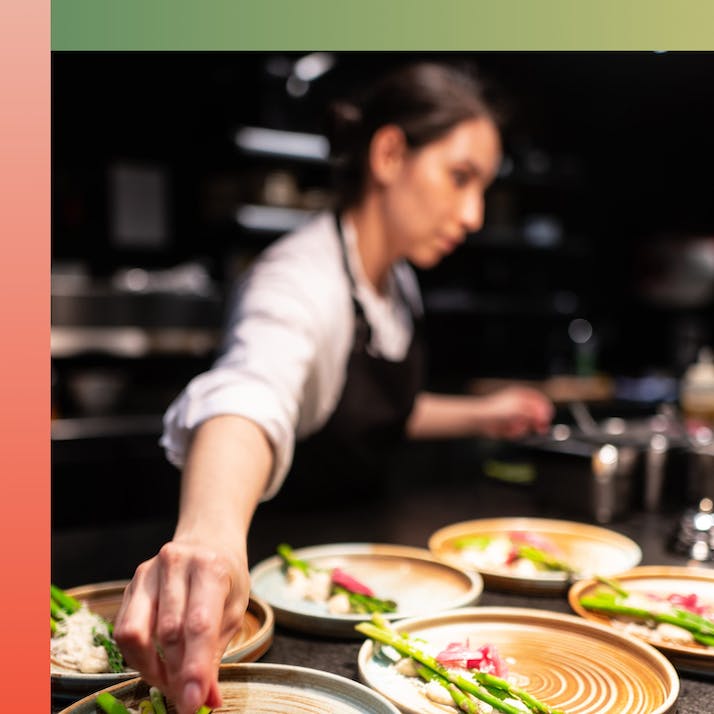 A former restaurant worker explains that, years later, she doesn’t need or want you to treat her like a dainty lady.

I worked in kitchens as a line cook for ten years and I loved it.

I was an absolutely kick-ass grill cook and, if I may so humbly say so, just a generally talented culinary artist overall—even though I never received a formal education in the field. I started as a prep cook at age 15 and worked at the same restaurant for eight years, steadily moving up the ranks. During the last five years of my time there, I was a head line cook, working the grill alongside a fantastic crew.

During that time, I saw so many nut sacks.

Working the Line in a Restaurant Is Not Glamorous

Three of the other line cooks—two men, one woman—and I worked together for five years and had the type of camaraderie that can only come from being in the weeds together, night after night. Many other personalities came in and out of the kitchen during that time, and most of them became part of our big messy family. And it was—as I imagine nearly all back houses of restaurants are—truly dysfunctional, in the sense that what held us so close together were pranks, vulgarity and general abuse.

For those who’ve never had the pleasure of working in the restaurant industry, allow me to share a few examples of what a typical day in the kitchen was like.

I’m facing the grill, trying to keep track of the temperatures of 30 steaks at a time, when I suddenly realize that my back is wet because a dishwasher has sprayed me down with a hose.

Oh, Joe’s organizing the freezer? Let’s lock him in the cold and dark there for a few minutes!

The bartender just ordered a salad for dinner. Since we have to get back at him for puking all over the rug at Asa’s house last night, we toss his salad in nothing but Tabasco sauce, then hide and snicker while we watch him take the first bite.

It’s the middle of the dinner rush on a Saturday night and I’m out of filets. I head to the walk-in to grab a case and there’s Jeff in the corner, chuckling because he’s been standing in there for five minutes with his pants pulled below his waist, waiting to present his nut sack to the next person to enter.

If you’re appalled at this point, I don’t blame you, whether you’ve worked in a restaurant or not. But what can I say? I grew up in that kitchen. Mischievous scoundrels as they were, those twisted sons of bitches were my kin. I didn’t mind the soaked back of a chef’s coat. I didn’t even mind the nut sacks.

My Experience Being a Line Cook as a Female

Eventually, I moved on from that spot to work at a few more restaurants, always as a lead line cook. And from that point on, at every new kitchen I’d ever cook in, I was still the only woman.

Now, you might think female cooks and chefs weren’t as rare these days as they are. You might think my work experience and accolades—eight years, dammit—would be enough to warrant a little bit of respect from my new coworkers. In my experience, neither was the case. Every time I joined a new crew, it was the same story.

Who knew men could be so predictable?

Day one, I’d walk into the kitchen, with my jacket bleached, pressed and folded over my arm, and introduce myself to the first person I’d see behind the line.

No, dude. But I loved it when they would ask that because I used to relish in seeing the look of shock and dismay on their faces when I’d tell them what job I was there to do.

The assumptions didn’t end there. The guys would coddle me, speak softly to me—even explain kitchen basics to me like how to cut a carrot. All the while, I judged them for their poorly seared scallops and the béarnaise that they could never successfully make by hand.

I had to bite my tongue a lot, nod and—yep, you guessed it—smile.

It would go on like that for about two weeks, which is about the time it takes me to get acclimated to a new setup and a new menu. And then they’d change their tune. At first, it would be remarks like, “Wow, I never thought a girl could cook on a line.” But then the gender-charged sentiments would wear off and they would start saying genuinely complimentary things like, “We’ve never had a grill cook as good as you.” (I told you I’m an absolutely kick-ass grill cook.)

To be honest, I didn’t mind having to be patient with their behavior and their coming to terms with my capabilities. It was worth it to watch so many men undergo the ideological journey they needed to realize that a pretty, well-mannered girl could hang with the big dogs behind the line and take the heat.

From there on out, it was always fun. I’d run circles around the men in the kitchen while keeping my composure, and even though I’d still get the occasional sexist remark of disbelief over my abilities, they generally went from treating me like a girl to treating me like one of the guys. We’d drink beers and smoke cigarettes behind the dumpster. They wouldn’t be afraid to crack crude jokes around me because they knew I had an even dirtier one up my sleeve. The nut sacks started to come out. I formed new dysfunctional families that treated me with real respect, and I think I imparted a few lessons along the way.

The Same Prejudices Against Women Exist in Offices

Fast-forward three and a half years from my last restaurant job. These days I’m working in an office and seeing far fewer testicles. I love my job, and I feel respected there in many ways: for that, I feel lucky. I continue to work with a lot of men that mostly treat me as their peer—beers and dirty jokes and all. But, from time to time, I still sense them tiptoeing around me or excluding me from certain banter because I’m a “lady.”

And herein lies one of my greatest struggles as a woman, something that’s hard to unpack over a round of beers at the bar with men I feel mostly equal to. I wrestle with the fact that my instinct to attribute the way they exclude me from raunchy banter to sexism will in itself be perceived as a form of female sensitivity.

Instead, I’m often made to sit quietly and bitterly stew in defeat at the hands of subtle but deeply ingrained prejudice. To this day, every time someone reminds me that I’m a lady, I want to tell them about the phenomenally vulgar work environments where I was forged. I want to say to them that I’ve seen and heard way worse than whatever bad joke they just cracked. And so, regularly, I find myself sitting amongst men who are supposed to be my peers, excluded, momentarily downtrodden and flirting with the idea of just coming out and telling them, “Dude, you don’t know how many nut sacks I’ve seen.”

What She SaidInsidersLOLBread and Butter