From Victim to Survivor: How Female Genital Mutilation Changed My Life 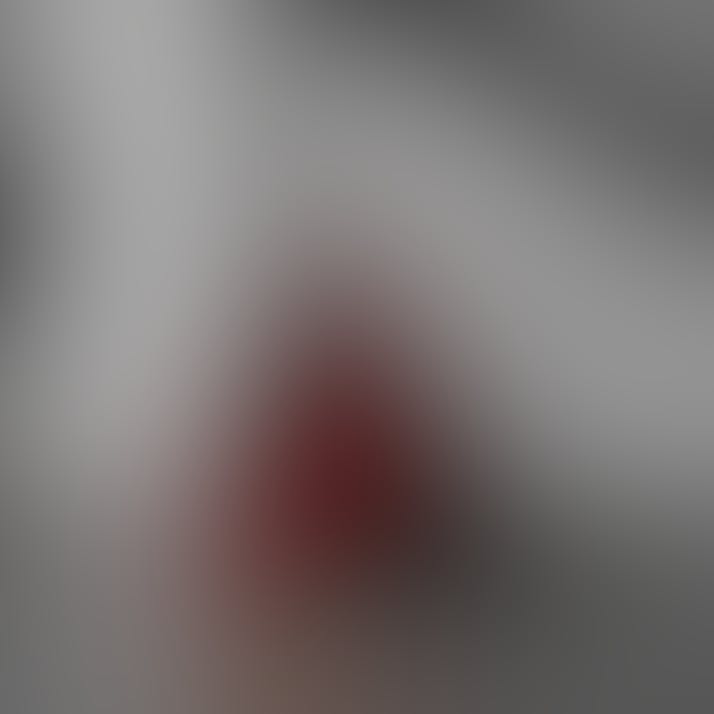 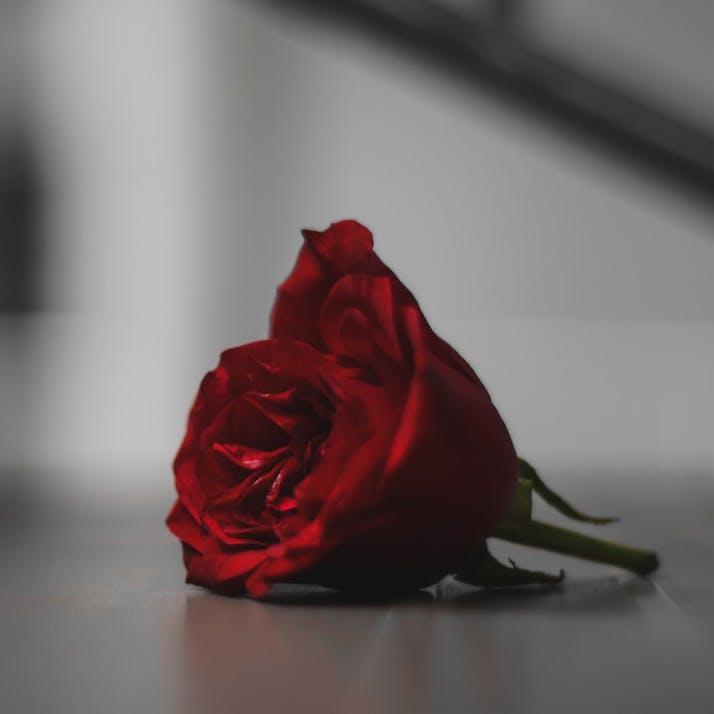 From Victim to Survivor: How Female Genital Mutilation Changed My Life

The clitoris is one of the most sensitive erogenous zones of the female body. I wouldn’t physically know, considering I don’t have one anymore.

When I was about seven years old, I came home from school and my mother told me that we needed to go to a doctor for a routine “injection.” Little did my younger self know that the injection would scar me for life.

I still remember the place where it happened, a small dingy doctor’s office in the old part of my city. The office had a small reception area and a door leading to another room where the doctor saw patients. The smell of disinfectant and alcohol rub was heavy in the air. When I entered the clinic with my mother, there was no one else there. Inside, the doctor closed the shutter of her clinic all the way down, which in retrospect is very odd, but obviously, my seven-year-old brain didn’t question it. After all, my mother was with me holding my hand, and I trusted her.

The doctor took us straight inside the clinic and drew the curtains. She asked me to lie down on the bed and removed my underwear. I was definitely a little scared now, as most children would be of injections. However, I complied with whatever was asked like an obedient child. “It will be over soon.” She brought the needle out and gave me a shot (that was supposed to be the local anesthesia). It pricked and I squirmed a little. The worst is over, isn’t it? But it wasn’t. The doctor then brought out the blade, and in one swift motion, it was done, I was bleeding. I had been circumcised. This time I experienced a shooting pain (the anesthesia wasn’t 100 percent effective). I cried and howled, not even fully comprehending what had happened, but my body knew it was something terrible and grieved almost instantaneously.

The doctor did the dressing and we left the clinic. I was in pain and it was so difficult for me to walk for a couple of days after the procedure. My mother brought me ice cream on the way back home because I was such a “good and strong girl.” It’s funny how my act of being “good and strong” at the doctor's clinic is the very thing that makes me feel angry, inferior, dissatisfied, insecure and guilty.

“”
I cried and howled, not even fully comprehending what had happened.

Genital Mutilation Is Common for Girls in My Culture

Female genital mutilation (FGM), or as my culture calls it, “khatna,” is the practice of cutting a part of the clitoris (the hood and the tip of the glans), an extremely common when I was growing up. Why does my culture do it? Some people who defend the ritual say that the main reason for circumcision is hygiene, not only physical but spiritual. Some say it’s to enhance sexual satisfaction. None of these claims have been supported by research.

The most popular claim is that it is done to control sexual desire in women. For women, sex is just a means to procreate, it is not for pleasure. It was a way to protect women from having premarital sex or avoid straying away from their existing marriages. And what other way to ensure that women are loyal, chaste and pure? Cut off the part of the body that gives them sexual pleasure. No sexual pleasure translates to loyalty and purity, eliminating the temptation to commit “dark, forbidden sins.” Forget about teaching young girls values and responsible decision-making. The logic of it all makes me cringe. (Ironically men in my culture are legally allowed to marry four women.)

According to studies, 80 percent of seven-year-old girls in my culture have had their clitoris cut in some way. Most girls will forget about the incident in a few months after it happens or block it out of their conscious memories. I also did that. My young mind at the time was not able to consciously process, understand and make sense of the situation. However, my body still remembered it as a form of implicit (unconscious) memory—the feelings, the sensations, the discrimination and unfairness of it all.

This was the beginning of the conditioning of the prejudiced belief that women are subordinate to men and that their needs (sexual or otherwise) are secondary. These implicit memories and messages indirectly had a bearing on my views about being a female and about sex while growing up even without me realizing it.

Of course, I am not a child anymore. I have had many new experiences, and a lot has changed since then. Including my beliefs.

This Practice Is an Intergenerational Problem

My family is pretty modern, liberal and progressive. So, what made my mother give in to such a regressive practice? It’s a question I repeatedly grappled with when I was old enough to understand it. I remember the day I asked her if I had undergone the knife and had my clitoris removed. I was about 22 years old then. She affirmed it. It all suddenly came back to me—the visuals, the smell, the sequence of events and the painful sensations (physical and emotional).

I blamed my mother for putting me through this barbaric custom for the longest time. She defended herself by saying she was advised and pressured by her mother to do this. She had undergone it, too, when she was little. It was the norm for young girls to get rid of “the excess flesh that was the root of all evil things.” That’s when I realized that my mother herself was a victim of this unjust and mindless ritual, too. She was just following a religious obligation that has existed in my culture for decades, no questions asked. The sad reality is that women do this to other women and the problem permeates through generations.

That’s when I started being mad at the entire system. The problem was not my mother, it was the people that preached the importance of this practice as some sort of spiritual hygiene.

“”
The sad reality is that women do this to other women and the problem permeates through generations.

I Didn’t Experience Pleasure During Sex

The subtle messages of gender inequality, and the archaic practice that I experienced as a child, acted as invisible forces that influenced my adult life.

I remember the first time I had sex with my partner. I was in my mid-20s. I began crying in between because it almost felt like I was committing a sin. I felt embarrassed of myself and my body. Even though I was not wearing any clothes, I felt covered in so many layers of moral judgment and guilt. I brushed it off, believing that my first time had encouraged these feelings.

However, even later when we tried, most of the time I just laid there, staring at the ceiling and  feeling nothing other than a tremendous amount of anxiety for my “delinquent behavior.” I was shy, awkward and uncomfortable, and those feelings didn’t go away for a long time. I never really achieved an orgasm and kept wondering what the big deal about sex was. It was nothing like how my friends described it: “It’s like a release of pent-up energy” or “the most blissful, euphoric ‘aah’ moment.” What’s worse is that I couldn’t ever ask my partner to stop even when I didn’t feel like it. After all, it’s about his needs, right?

Or so I was conditioned to believe. I had acquired this sense of learned helplessness. I thought of myself to be secular, liberal and a feminist, someone who believed in equality and individual freedom, who looked beyond gender and sex stereotypes. And yet, here I was, unconsciously feeding into the same biases that I verbally disapproved of. I felt like an imposter while talking to my friends on issues of empowering women and female sexuality.

I also thought that there was something inherently wrong with me, that maybe I was just asexual. Then I connected the dots and read articles on the clitoris and its role in pleasure. There were definitely physical changes made to my body, which made achieving an orgasm difficult, but the problem was more deeply rooted. There were also strong psychological defenses and years of patriarchal conditioning that were at play, which made me so guarded that I was never fully able to explore, experiment and express my sexuality completely, despite the obvious missing part. This had repercussions on my relationship with my partner as well. I often wondered what it would feel like if I had not been cut. The sad part is I will never know.

My Voice Will Not Be Silenced

I still don’t feel much, but I am slowly learning to lower my psychological guard, be more open and embrace my body and sexuality. These are things that I have control over. This has definitely helped me to ease up and enjoy whatever I still have and make the most out of my situation.

Why does my culture feel the need to control female sexuality? Why can’t they leave female genitalia alone? Why is it done to an innocent, oblivious seven-year-old, yet to develop her faculties of thinking, questioning and decision-making? Maybe because it is easier to silence the cries of young, trusting children than to silence grown adult women with sound reasoning abilities.

The secrecy and deception of it all coupled with the permanent changes made to my body—not to forget the pain and injustice that was etched in my memory—has undoubtedly left its scars. But it has also given rise to a voice unafraid to ask questions and take a stand anymore. To share the story. To condemn the practice. To save other young girls. To ensure that this doesn’t happen to my loved ones in the future.