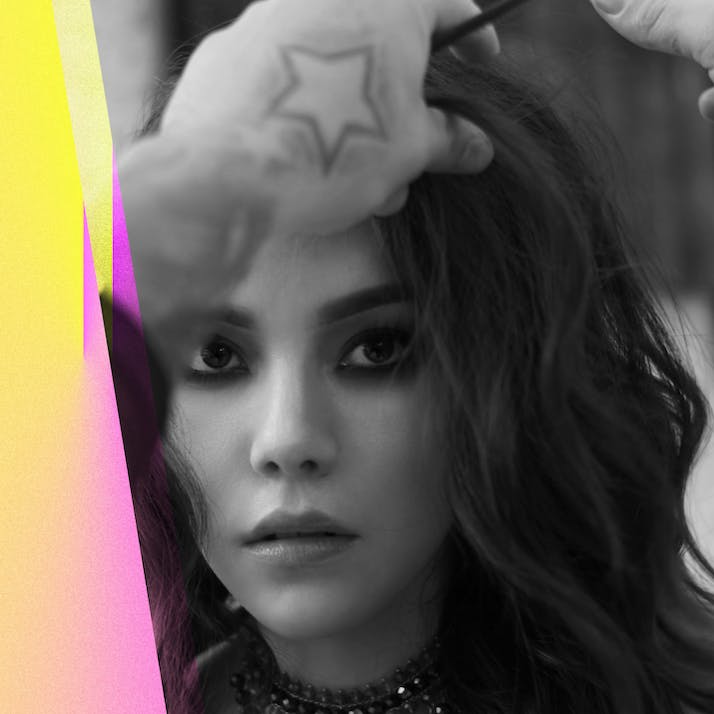 Being a Fashion Hairstylist Isn’t All Glamorous

From low budgets to rude celebrities, cutting hair has been full of challenges

I think what attracted me to doing hair was vanity and glamour.

Being a young queer kid in Texas, style and fashion and hair were just something that I was drawn to—doing my own hair and my friends’ hair and obsessing over my sister, who is obsessed with her beauty and her glamour. My mom was the same way. In high school, I was weird, I was the freak, so I just always did my own hair and had every color, every cut you could think of. I was supposed to go into journalism or graphic design, but once I accepted that I was queer—and being the queer son that's also a hairstylist—then I was like, “Okay, I'm gonna do this.” And I didn’t feel pressure doing hair. So I knew right out of high school that it was what I wanted to do.

I'm 26 years old, and I've been doing hair since I moved to New York when I was 19. My style and philosophy are all about what's realistic. People come to me for haircuts that are very wearable, that they don't have to think about too much. New Yorkers don’t want to do their hair every day. They want to shake it and go, and they want to not worry about it. Maybe a little product. I've built a clientele that doesn't care about a blowout or about their hair being perfect or overly stylized. I've curated a style that is very wearable and realistic. It's beachy texture, it's embracing the curls, it's not convincing the hair to do something that it can't do if I'm not there. It's just using what it is and making that work.

“”
You truly have to love it to keep going.

I'm definitely an extrovert, so I think my clients truly enjoy getting their hair cut by me because I love to listen. I also love to interact and give my drama back as well. I feel like it's mostly like a hangout session when we're together. I genuinely enjoy seeing these people over and over again. They become my friends. And being a New Yorker, I see them wherever I go, whether it’s at 4 p.m. or 4 a.m.

I take private clients in my studio three to four days a week, which gives me lots of joy. I also work in fashion, and my studio clients give me the stability to enjoy it as a hobby or a passion. I can create work with my friends and just kind of pick and choose who I want to work with. I'm not selling out to fashion or selling my soul to it.

When I was in beauty school, this man came to teach at this random salon in Austin, and I showed up to his class uninvited. I thought he was really fab, and then at the end, he was like, “You seem really cool. What are you doing here?” And then he basically offered me a job in New York. He did education, so I learned a lot of my foundation through a curriculum that I had to help him teach.

Working in fashion can be so inspiring and fulfilling and exciting. It can also be very defeating. There's no manual, nothing's promised, and when you start, you don't really know how to go about it. There are some people who can do it safely as a passion because they come from money and they have something to fall back on. For people that don't have that, fashion’s a more long, winding road. You truly have to love it to keep going.

If a friend is working on something and think the job is right for me, they’ll loop me in and send me an email. That’s how I find a lot of my work. Or else people see my Instagram and send me an email or DM. The first step of the process is seeing if there's a budget or rate for what you do, which oftentimes there isn't.

You kind of have to pick and choose what jobs you say yes to. If it's with my friends and if it's a low budget, then I'll be okay with that because I know it’ll be a great shoot, and I'll probably make great work that I'll be proud of. But if it's a low budget with a team I'm not too inspired by or someone I don't really vibe with as far as their aesthetics or vision, then often I'll pass it up. I’ll ask for the hair brief to see if I’m even capable of doing the hair, and if I am, then I will confirm the shoot. If I confirm it, then I have to go and figure out, do I need a wig? Do I need five? Do I need extensions? On-set is usually early call times and very, very long hours. On-set days, I usually just accept that I could be there forever and just wait it out. But most of the time, it goes by fast because I'm usually having fun.

I’ve worked with a lot of famous people, usually as an assistant to a lead hairstylist. I’ve always felt like it put me in a weird place with celebrities. Because if you're not the main hairstylist, it often feels like you shouldn't talk or have a personality. Or sometimes it feels like you're the help, to be honest. And then there are celebrities who actually see you and are kind. And then there are celebrities who act like they see you the whole time, and then the moment you're in their shot, they'll perk up and be rude.

I was just working with this British pop star for a long time and she was always very chill and nice to me. Then one day she was getting her makeup done by a famous makeup artist who wanted to take her photo, and the moment they tried to take it, she swatted my hand away and asked me quite rudely to move. It kind of gave me the feeling of being the help. After that, I just didn't give a fuck about her or about doing my best job, to be honest.

One of my favorite celebrity stories was washing Yoko Ono’s hair in her bathtub, which was really crazy. She was extremely, extremely sweet. Because she's quite old too, she doesn't like to go out to get her hair done. Her assistants were just like, “We have this chair in the bathroom that she leans back in and you're just gonna have to roll your pants up and wash her hair.” And I was like, “Okay.” So I'm literally just massaging Yoko Ono's head in her bathtub with my pants rolled up. And she was probably the nicest person I've ever worked for. She was very grateful, and she tipped me like $500, which was amazing.

“”
I just didn't give a fuck about her or about doing my best job.

I’m Making the Changes I Want to See

Like I said before, there's no way to learn how to do fashion besides just jumping in and seeing how it works. I think it takes many, many years to realize how fashion works and how to go about it. I was still a teenager when I got into it, clearly very naive, and I would do anything for a paycheck, which is as bad as it sounds. I was dealing with lots of horrible men—straight or gay cis white men—and I think it did a lot of damage to me at the beginning when I was learning. I was putting my happiness in jeopardy and even safety sometimes.

Fashion is changing for the better now. Even just five years ago, there was no accountability the way that there is now. I had to experience things that probably shouldn't have happened: being treated poorly as an assistant, being preyed upon, being manipulated by people who were more successful than me. Along the way, I've had pretty bad experiences with working for people and trying to create space for myself. But now, I'm building my own world. I don't expect much from anyone anymore. I'm making fashion make more sense for me, rather than trying to fit myself into it.

A lot of my friends are models, photographers, stylists and makeup artists, and right now what keeps me going is being able to grow with them, to see all of us become successful together and create work together that is seamless and beautiful. Seeing your friends become successful along your side is so inspiring. Creating something from nothing and seeing it get bigger and bigger and bigger feels like enough reason to be doing that kind of work. For me, fashion is about building my community versus trying to change the industry. It starts with us just doing things the way we want to do and treating each other and our systems the way they should be and trusting that the energy is contagious.