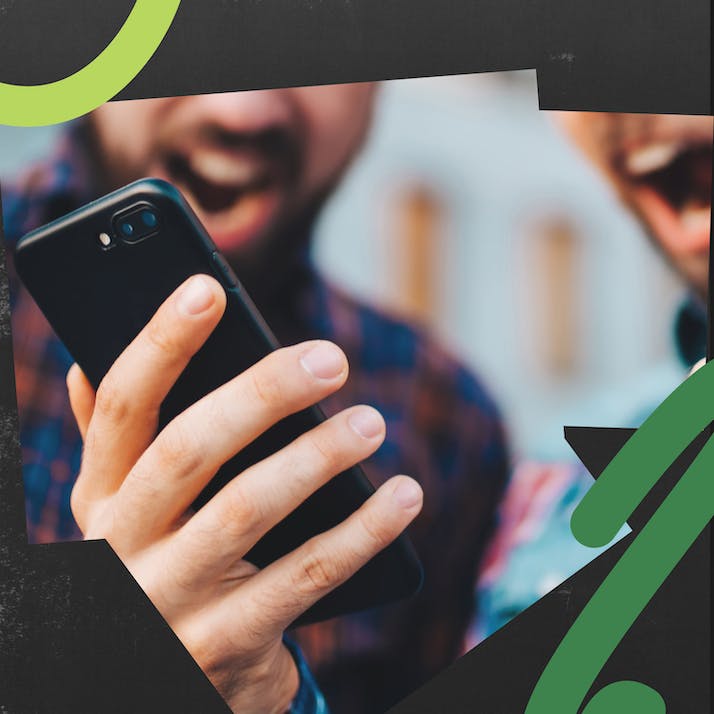 The Future of Fandom Is in Sports Betting

How a sportswriter dove headfirst into moneylines and parlays, emerging as a passionate fan of professional tennis.

It’s 4:14 a.m. in my Brooklyn apartment. As is the case with most New Yorkers, I’ve been woken from a deep slumber, extending my long streak of going without a good night’s sleep. No, I don’t take a trip to the kitchen to get a cup of water. I don’t use the bathroom. Instead, I turn to my phone, wide awake; I feel like I’ve just hit the lottery. I did it, I think to myself. I’ve woken up at just the right moment.

I breeze through all of my notifications—family group text, unwanted Facebook memories, another miserable day in the Jets’ offseason—and I head right to the ATP Tour app. Across the world, Nick Kyrgios and Rafael Nadal are renewing their rivalry at the Australian Open, and the match is tied one set apiece.

No one in their right mind gets excited about something like this: a tennis match, let alone one going on in a country with a 16-hour time difference. Yet here I am in the middle of the night, rolled over on my side so as to not wake my girlfriend, watching on my smartphone.

This is who I’ve become as a sports fan, and it’s all thanks to sports betting.

“”
No one in their right mind gets excited about something like this.

I Began My Sports Betting Journey With a Small Tennis Tournament

Dating back to my college days, when I dreamed of broadening my horizons in competitive sports, I could never find a way to get into a sport like tennis, or soccer, or college football. Without a deep-rooted interest in all three—my parents didn’t go to big sports schools and weren’t huge sports fans—I found it very difficult to follow. Then, around five years ago, I made the executive decision that, for someone working in sports media able to see where the industry was headed, I had better figure out what in the world a “spread” was, or how a “parlay” works. The journey that ensued taught me many valuable lessons about betting, discipline and life in general. But the greatest thing I gained from it was entertainment, and an even deeper love of sports than I never thought would be possible.

That’s the story of many who decide to bet on sports responsibly and recreationally. The casual fan just wants a reason to pay attention to a game and to have a vested interest. Through this lens, you can become a fan of a player, team or an entire sport, just as I did with tennis. While I never religiously watched tennis, I always appreciated the sport and would try to watch the Grand Slams growing up. I was a huge fan of Andy Roddick, and absolutely hated Roger Federer for denying him in so many finals. But aside from taking lessons when I was in elementary school and having a vague recollection of tennis names, I was clueless about how to watch sport.

One day at work, things had come to a standstill and I decided a great way to pass the time would be placing a wager. The issue? It was the dead of summer, and with no baseball on, my arrogant American self just assumed that there wouldn’t be anything to choose from. Sure enough, I opened up my sportsbook and found some lines for the “ATP Challenger Tour,” whatever that was. The first match I saw, which was starting soon, was some guy named “Rublev.” That kind of sounds like a tennis player I remember, I thought to myself. Rublev…do I know him? Maybe. Whatever. *Click.* I placed my bet and began watching.

Gambling Is Full of the Unexpected

I suddenly grew an appreciation for Andrey Rublev, and started doing some research on him. At the time, he was a promising Russian teenager with a huge forehand and an even larger temper. I enjoyed watching him, even though he didn’t cover my set spread. I went back to work. So, now I had one tennis player filed away in my cluttered mind.

Day after day, month after month, this happened over and over again until I started gathering a vast understanding of the players on tour, and who might make a good match. I began following the players on Instagram, keeping tabs on their tournament draws, looking forward to matches between players I knew. Two years later, I decided during a trip to Portugal that I had to drive 30 minutes to watch a small ATP 250 tournament. And, a year after that, I was anticipating matches so much that I began getting up in the dead of the night to watch on a small, five-inch screen.

In betting, I always like to say that it’s never the bet you expect to hit that ends up winning, and the one that looks great for an entire game or match somehow finds a way to lose more often than not. Gambling, much like life, is full of the unexpected. You never know which way it’s going to take you. Similarly, in trying to carve out a niche in the sports industry, I never in a million years would have expected my career to involve sports betting, let alone tennis. Back in college, when my story in the industry began, I had to ask my peers what a “spread” was, and I found myself having a harder time preparing to talk about tennis than just about any sport.

Now, tennis has been a boon to my career, and it’s also something I’ve drawn a great affection for. The volatility around tennis not only makes it great for wagering, it also provides drama, theater and entertainment. Each game in a match has the potential to swing the pendulum one way or another, and the four or five points that build to the business end of a game—or the few games that build to the conclusion of a set—escalate like a great plot. Almost every player’s got a personality; there’s probably a higher rate of action than most sports can offer; and in the end, a player’s efforts to capture victory culminates in a pressure-packed match point.

“”
I’ll be forever grateful that I entered this long, winding journey—not for the career it gave me, but for the beautiful sport it introduced me to.

Sports Betting Is an Avenue to New Fandom

I’ll be forever grateful that I entered this long, winding journey—not for the career it gave me, but for the beautiful sport it introduced me to.

There are plenty of negative things written about sports wagering, and plenty of ways in which it can go south for you. I’ve experienced plenty of the good and the bad. However, those with discipline who can bet responsibly have the opportunity to open new doors and become fans of sports they never thought would be possible. Sports betting is fun and entertaining, and it creates new fans of sports and teams. It’s the future of how sports will grow, and how fans will be made.