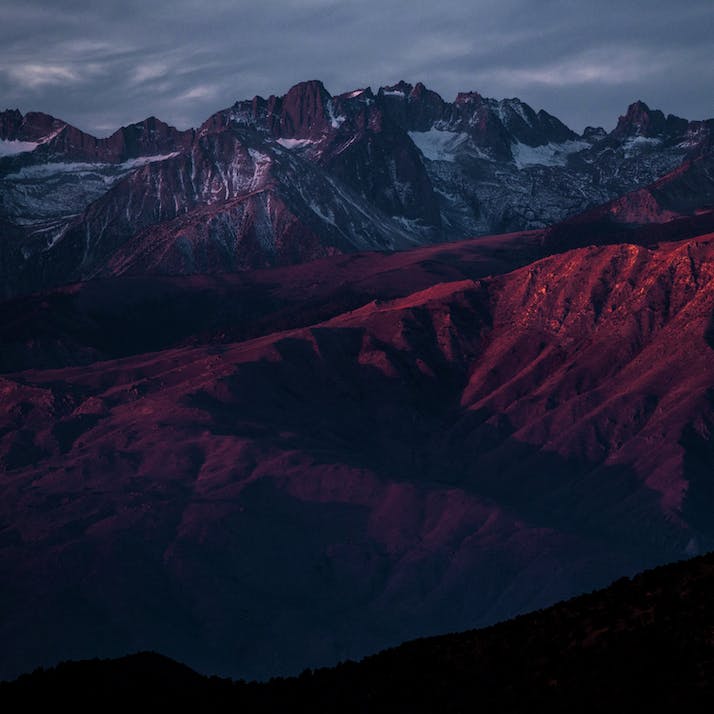 The author unburdened her wealthy upbringing to discover herself in the great outdoors.

Growing up in the suburbs of Denver, my life could have been a fairytale. I certainly grew up like a Disney princess, being sent to cotillion classes to learn upper-class etiquette before being presented to society at a debutante ball. My father was successful in business and a man's man. He told me the secret to life was never to show weakness and never let people see you cry. My mother was the consummate trophy wife, the head cheerleader who married into money.

Who knows? Maybe in some alternate universe, I'm living that life, married to a lawyer somewhere, with fake boobs and a cupboard full of red wine.

However, my father's suicide brought that world crumbling down around me.

In the wake of his death, my mother and brother fled to anonymity in California. I said eff it all and moved to the mountains to be a ski bum.

“”
Maybe in some alternate universe, I'm living that life, married to a lawyer somewhere, with fake boobs and a cupboard full of red wine.

Skiing Showed Me What I Really Cared About

I skied hard and angry that first season, smashing the top of every bump with every turn, assaulting moguls like they were my high school tormentors. More than once I rode the lift with a cute ski boy who would inevitably remark that I skied like a dude. The only way they knew I was a girl was from the braids sticking out from underneath my helmet. That was the sweetest thing anybody could say to me because I thought being a woman made me weak.

After the season ended, my mom came for a visit only to find her little princess working on a ropes course. Her first sight of me was suspended 50 feet in the air, covered in sap, with no makeup and six months of leg hair sticking out from under my shorts. She begged for me to return to California with her, to shave those legs, put on some makeup and act like a woman for goodness’ sake. I told her that I was staying to pursue my dream of becoming a heli-ski guide.

Even if we still had money, my mom wouldn't support that dream. I had to earn my wilderness first responder and high angle rope rescue certifications the hard way, by becoming a volunteer firefighter. There was no lesson in charm school to prepare you for the live-fire “burn to learn” portion of firefighter certification. I purged the vestigial remnants of my femininity by hauling heavy gear up and down the stairs of the burning tower, breathing compressed air from the SCBA tank on my back.

From there, I worked my way onto the ski patrol at Stevens Pass, Washington. I was no longer merely smashing the tops off of bumps. My patrol route had me bringing down entire hillsides by avalauncher and sticks of dynamite that I hucked into the drifts.

I felt strong and powerful, but I couldn't pass my level two instructor certification. Bobby, a director at my ski school who was a real-life Ken doll and skied even prettier than he looked, sat me down and said that I would always fail that exam because I didn’t have the finesse it takes to ski at a high level. I was more balls than technique—my only passing grade on that first attempt was for the mogul portion.

“”
My mom came for a visit only to find her little princess working on a ropes course.

And, Then, the Water Whisked Me Away

I wasn't ready to give up on my dream, but the ski season was over. I decided to spend the off-season guiding whitewater, even though I’d never been rafting before I began training. I guided every commercially run river in the State of Washington, but the most notorious was the Skykomish. In typical years, it was fearsome enough. However, that season was a high water year, which released the Sky’s full fury. Her towering waves howled like a woman scorned, especially at the river’s most notorious rapid, Boulder Drop.

My first sight of Boulder Drop terrified me. It was early in the season, and the snowmelt had the rapids pumping. We pulled over to the river’s edge to scout the line, where I saw that it wasn’t just one drop, but a series of three—each capable of flipping the raft into powerful currents. I could see the approach and line, but there was little margin for error.

We pushed through the first and second pools cleanly until we reached the final drop. We tried to power through and keep our line, but the river had other plans. She pushed us up onto a gigantic boulder at the bottom of the pool. We threw ourselves against the sides of the raft, trying to dislodge it and failed. We ended up swimming through the massive hydraulics, defeated.

Rafael, the owner of the rafting company, approached me that night by the campfire. His flowing salt and pepper hair and leathery tanned skin told the story of his life on the water. Rafael believed that rivers were spiritual and water was the most feminine of the essential elements. He suggested that I paddle an inflatable kayak that year instead of a bigger raft, so I could learn to feel the currents. For the first time in years, I was faced with a problem that I couldn't solve with brute force and dynamite. I ended up swimming every rapid on the Sky that year at one time or another, learning to think like water.

Trying to paddle a duckie through Boulder Drop during spring melt would have been foolish, so I got to avoid my nemesis for a while. But by midsummer, I knew I’d have to make another run at her. When I finally did, I lined up perfectly for the first and second drop but got spun around heading into the third pool. I knew powering through it wouldn’t work. Instead, I let the water take its course and paddled backward out of Boulder Drop. I was dry and upright, and the other boats were cheering.

Before rafting, I believed in the masculine power of anger and fire, muscle and heat. I believed that the sheer force of will could move mountains. Boulder Drop taught me about the energies of depth and focus—energy can carve the Grand Canyon as well as heal sickness and water crops. It's strong, rolling and relentless.

That following winter, back at Stevens Pass, Bobby retested me for my instructor level two. After reconnecting and balancing my energies, both masculine and feminine, I flowed through the turns and followed gravity down the mountain. He was forced to pass me with high marks, despite what he’d said the year before.

I never did become a heli-ski guide. My knees had other plans. By the time I was 26, a doctor had recommended that I quit skiing and get a desk job. Instead, I fully embraced the feminine healing arts of massage and yoga.

My childhood debutante training served me well working at high-end spas during the summers, which paid better than rafting ever did. When my mom came to visit, she saw her little girl in makeup again and enjoyed mother-daughter spa days considerably more than a tandem trip down the ropes course.

I stopped my patrol days and went back to teaching others how to flow down the mountain. In the process, I was able to extend my skiing career for ten years longer than the doctors thought was possible—all by focusing on the feminine energy I once tried to run away from.

I’ll always yearn for that feeling of jumping out of a roaring helicopter onto virgin snow. Still, I cherish that decade of powder mornings and smoothly carved turns that will forever live in my memory. Long, flowing curves that, along with my inner self, were made much stronger and sweeter by learning to accept all my parts, both masculine and feminine.