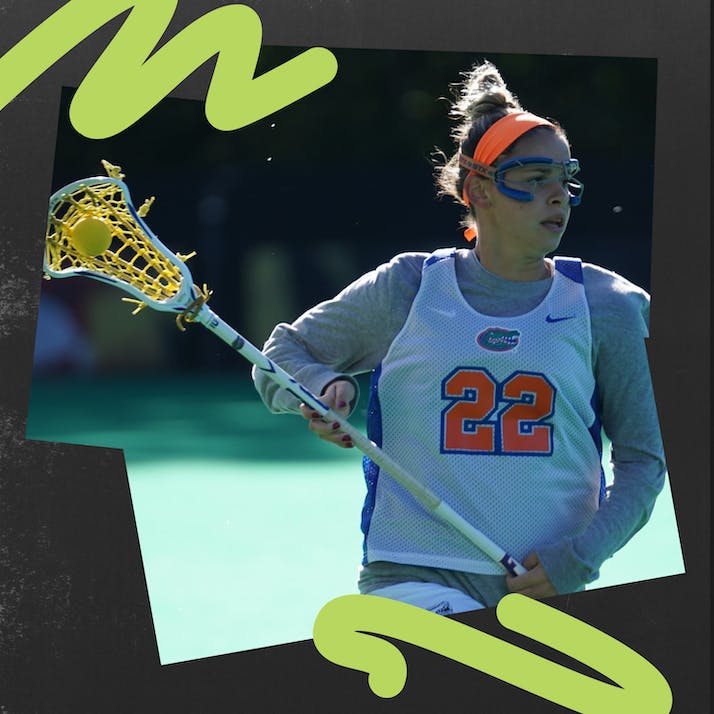 The Exploitative Reality of Division I Athletics: What It's Really Like to Compete at the Highest Level

Hindsight is 20/20, and it’s difficult to recognize the reality of your situation when it’s all you know. So it wasn’t until after I finished my four years as a college athlete that I realized how dangerous the training we were subjected to really was.

Looking back on my time playing lacrosse, I’m amazed more of my teammates didn’t get seriously hurt, although the chronic injuries that many of us suffered now make all too much sense.

“”
No pity or rest was given to those who would vomit in between sets.

Our Coaches Pushed Us Past the Limit

I blacked out during my first run test—there’s a lot of running in lacrosse, turns out—as a freshman. It was mid-day in September in the South, so temperatures were up in the 90s. I turned to the senior next to me, and fearfully said, “I can’t see.” All she could say was, “Don’t stop,” knowing that if one person couldn’t complete the run test, everyone would be punished.

I ran the last half of that test blacking in and out of consciousness. At one point I peed my shorts. I remember the urine soaking into my socks and pooling in my shoes. The veteran teammates around me assured me that it was normal, and I believed them. To them, it was normal. After experiencing the same thing during every subsequent run test that fall of my freshman year—when I was just 18 years old—it became normal for me too.

Our strength and weightlifting tests were equally grueling. The most infamous one began by splitting up into groups of four. Each team had to sprint up and down the bleachers of our school’s colossal Power Five conference football stadium, one of the largest in the world. But there was a twist: On each sprint, one girl in the group had to carry a sledgehammer over her head the entire way up and down. I can’t describe how terrifying it is when you reach the top of that stadium, sledgehammer overhead, and look down to see a seemingly vertical drop to the bottom. Legs wobbling, we would have to descend as quickly as possible without the help of our hands or arms for balance. Lowering the sledgehammer, or even bending our elbows for a moment of respite, meant punishment for the entire group.

We never slept well the nights before these tests. In the locker room, before we’d head out, there would be an overwhelming somberness and sense of dread wondering what the workout that day would entail. Some girls would cry just from knowing the suffering they were about to endure. No pity or rest was given to those who would vomit in between sets. I often got the sense that our strength and conditioning coach got a sick satisfaction out of the mental and physical anguish she imposed upon us. I often caught her with a smile on her face as she watched us struggle through the torture. One particularly gruesome run test sent several of my teammates to the hospital for heatstroke. Our strength and conditioning coach screamed at us to keep going, even as a teammate sobbed and crawled on all fours to reach the finish line.

The threat of punishment by grueling exercise extended to our off hours. The coaches would use it to dissuade anyone from going to the bars during the week—anyone caught out the night before a morning lift was subjugated to either running up and down the football stadium or climbing 200 floors on a StairMaster, all while wearing a weighted vest. We were consistently drug tested, usually with only a few hours' notice. If we didn’t show up, we were punished as if we had tested positive. The NCAA drug tested us to monitor steroid use, but the university tested us to monitor our behavior.

Despite experiencing what I now recognize as persistent stress throughout my time as a college athlete, our mental health was never discussed. Our coach would even play mind games with us—she’d make a girl believe all week leading up to a game that they were going to “see the field,” or maybe even start the game, only to crush them minutes before by announcing a starting lineup without their name on it.

The fear leading up to workouts was agonizing. The dread of playing on an injury resulted in panic attacks that went untreated. The pressure to maintain the right size and weight destroyed my teammates’ self-image and led them to dangerously alter their diets. One had an eating disorder so severe that she would vomit into kitchen pots and pans that she would stash away under her bed and in her closet in the hopes that no one would find out. Some girls brought it to the attention of our coaching staff, but nothing was ever done about it. Another girl only ate corn for every meal of every day, knowing that it would satisfy her hunger, but wouldn’t stick around to add any weight. Our strength and conditioning coach lauded her for how much weight she lost and how great she looked. We would all watch her with a close and fearful eye during practices and run tests, waiting for her to collapse.

“”
Can a 16-year-old realistically make an informed decision this major?

College Athletics Got in the Way of Our College Educations

The coaching staff always placed athletics above our education. Some of my teammates, and other athletes I knew, were funneled into majors that offer the least interference with their training and competition schedules. The most popular was communications. Girls who had hopes of majoring in nursing or architecture were told “too bad,” because those programs were considered too demanding. Dreams of becoming an engineer were quashed when we were told it would be too difficult. I often wonder if my teammates would have gone down a different academic path if they’d been given the choice.

Writing this has conjured up a ton of questions for me. What was the point of all of this? A professional future in lacrosse beyond college isn’t a straightforward or particularly lucrative path. Mental toughness? If so, for what? I wonder if my former teammates would disagree with what I’m saying, or if they’d think I’m being dramatic. Is this just the price you pay for an athletic scholarship at a top program? Had I known that I would be left with chronic injuries, would I have still done it? I committed to playing in college when I was still a high school sophomore. Can a 16-year-old realistically make an informed decision this major?

Some things have changed since I graduated years ago, and I’m glad. For starters, our strength and conditioning coach got fired. It may have been too late for myself and my former teammates, but I’m happy for the current players, and hopeful that they’re having a better weightlifting experience. Since I graduated, more and more athletes have been talking openly about mental health. More female athletes are speaking out about their struggles with eating disorders. We don’t let 16-year-olds in my sport verbally commit to colleges anymore.

Despite it all, I don’t regret my time as a Division I athlete. I was part of a unique experience in a sports program that is synonymous with pride, winning and loyal fans. I’m not going to lie: I felt very special at key moments during my time there. I also made lifelong friendships along the way.

The rest, though? I could have done without it.