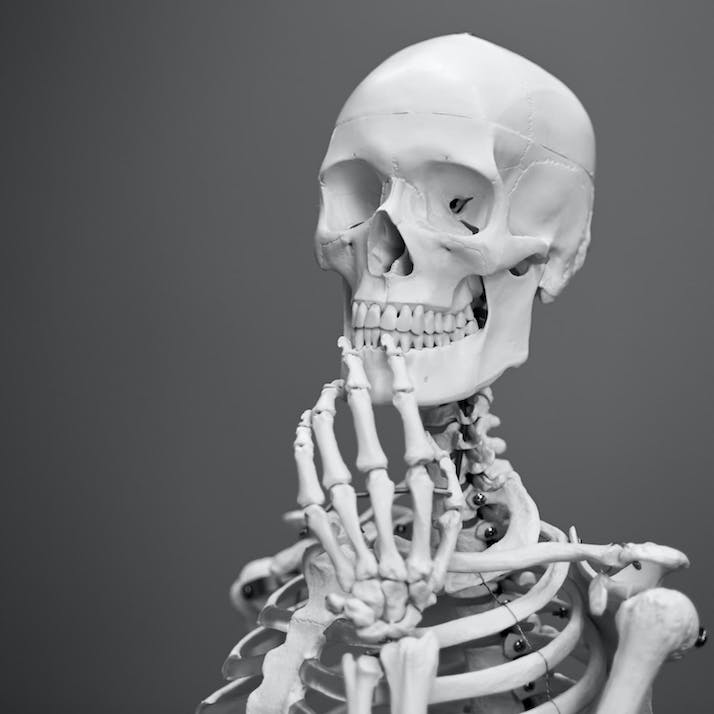 My Journey From Evolutionist to Creationist

How one question changed my scientific worldview and put the Bible into greater context.

The first time somebody asked me if I believed in the theory of evolution, I was 25 years old. I literally laughed in the poor guy's face. Let's call him Joe. My less-than-flattering response to Joe's question wasn't out of malice. Not at all. It was just such a ridiculous question that I couldn't even imagine he might be serious. Turns out, he was very serious. Then he told me he believed the earth was about 6,000 years old. At that point, it became difficult to contain myself. Really? Did people this ignorant and ridiculous really exist? In America? In the 21st century? Wow.

Growing up at ultra-elite and highly secular international schools across multiple continents, it never would have occurred to me to make fun of creationists, mostly because I didn't even know they existed. The fact of evolution was a universally assumed truth. It was a presupposition that I had not even spent time considering, any more than I spent time considering whether the moon might be made of cheese. After all, it seemed so logical and obvious, how could anyone question it, except perhaps the most unhinged religious fanatics or people living in remote jungles untouched by civilization?

Indeed, my unconventional upbringing and education outside of the United States had been saturated with the evolutionary worldview that I was—to borrow an old cliché—like a fish oblivious to the water that surrounds it. In fact, I don't remember hearing a single person dispute the supposed fact of evolution for the first 25 years of my life. After all, I was receiving a world-class education at schools alongside the children of billionaires, CEOs, political leaders, media barons and other ruling-class elites. Obviously, I was being taught the truth and could be proud of it, even snobbish. Right?

“”
Really? Did people this ignorant and ridiculous really exist? In America?

I Was Confronted by an Evolution Denier

Even after becoming a Christian in my early 20s, the thought that evolution might not be real was unthinkable. It didn't cross my mind. At all. Instead, the implicit assumption, even after accepting that the Bible was true, was that the Book of Genesis must be metaphorical. Surely evolution must fit in the story somewhere; maybe God used evolution to create mankind, and Adam and Eve were the first highly evolved monkeys. Or something. That is what many self-proclaimed Christians believe to this day, so my beliefs were hardly out of the ordinary.

But then came the day I'll never forget. After taking on contract work for a prominent conservative organization headquartered in Northern Virginia, I flew across the Atlantic to begin training. I was the only one who came from overseas for the job and was thrown into a dorm with a bunch of other young guys from colleges across America. As we were filing into the conference room for our daily training, the aforementioned Joe asked a question that would eventually shake my worldview to the core.

“So, do you believe in the theory of evolution?” Joe asked.

“What?!” I blurted out before literally laughing out loud in his face. “Theory?!”

This guy has got to be pulling my leg, I thought to myself. I mean, really: Who could ask such a dumb question? Why not ask whether unicorns were hiding under my bed? It would have been just as sensible, if not more so. At least, that's what I thought.

Then, he told me he believed the Bible “literally” and that God had created the world about 6,000 years ago in seven days. I believe the Bible, too, but this was all way too much. Surely we could be Christian without giving up common sense and basic science, right? What in the heck was I doing around people like this anyway? Were other people here this unimaginably brainwashed and naive? Little did I know that within a few years, I would be eating some gargantuan pieces of humble pie. Despite the absurdity of it all, Joe's question refused to dislodge from the fever swamps of my mind.

“”
I even decided that I needed to re-examine all my beliefs and presuppositions to make sure they were grounded in reality.

My Belief in Evolution Changed on the Internet

After being expelled from high school, I went through a major reckoning of sorts. When I was 18, taking hard drugs in South Africa's wine country with some beautiful girls, I had this pseudo-epiphany (as often happens when people ingest such substances). I realized that the “justice” system, policing and pretty much all of modern man’s systems were deeply flawed, if not ludicrous.

In college, while doing court-ordered community service at an actual Communist library, I picked up a book on the Federal Reserve and the money system. I realized that the deception ran deep. At some point, I even decided that I needed to re-examine all my beliefs and presuppositions to make sure they were grounded in reality. Was one-plus-one really two? And yet, it never occurred to me to add evolution to that list.

A couple years after returning to Scandinavia to be with my partner, I came across a YouTube video about evolution by Kent Hovind. He talked so ridiculously fast that just listening to him was entertaining. But then it started getting uncomfortable. He pulled out a high school science textbook and went through the parts on evolution: Millions of years, images of monkeys turning into ape-men and then homo sapiens. Finally, Hovind started explaining why these textbooks weren’t just flawed but there was evidence that macroevolution does not happen. "Were the fossils really created by Noah's flood?" he suggested.

One of the examples that pierced me involved bacteria becoming resistant to antibiotics. In my textbooks, this was “proof” of evolution. But in reality, it was nothing of the sort, Hovind explained. Rather than becoming more complex to resist the antibiotics, the bacteria were actually losing genetic information that made them susceptible to antibiotics. The same was true for the infamous example of dark moths overtaking lighter moths in London as the city got more polluted. Yes, natural selection was weeding out genetic programming that was unsuited to the conditions, but it wasn’t adding any new genetic information, merely subtracting. And that's just the tip of the iceberg.

Could I have been deceived? I had to know more.

Creationism Is Widely Believed In America

Over the coming months, I fiendishly watched everything I could find by Hovind and others on the internet. Especially interesting to me were debates these creationists had with biology professors and other supposed experts. In vain, I searched for credible information to debunk what Hovind was saying. Then I started gobbling up books on the subject, too. Finally, I came to the inevitable conclusion that I had been deceived and that I owed poor Joe a serious apology.

Now that I'm back in America, at least for the time being, I also realized that I'm not alone. Depending on what poll you believe, half or close to half of the American population rejects the evolution hypothesis, as I call it. Just a tiny minority believes it came from slime that turned into fish that turned into monkeys that turned into humans with no help from God. Films like the 2017 documentary, Is Genesis History?, are turning the tide, too, despite generations of only-evolution in public schools.

A couple of years ago, I even went to an evolution conference in Istanbul, Turkey, that featured prestigious scientists from around the world. The Turkish government had ended the teaching of evolution in schools, and I wanted to learn more. It was an incredible opportunity to interact with scientists and experts from around the globe who thought “outside the box.” And I'll be forever grateful.

More importantly, the whole experience with Joe and his question offers a series of valuable lessons: 1) Question everything. 2) Be tolerant and respectful of others' beliefs. 3) Just because you received a fancy, overpriced education doesn't mean you know more than anybody else—in fact, you might know less. 4) Science and scientists are fallible, and just as susceptible to group-think and peer pressure that afflict the rest of us. 5) There is a good reason that the scriptures have been revered down through the ages, making the Bible the best-selling book of all time.