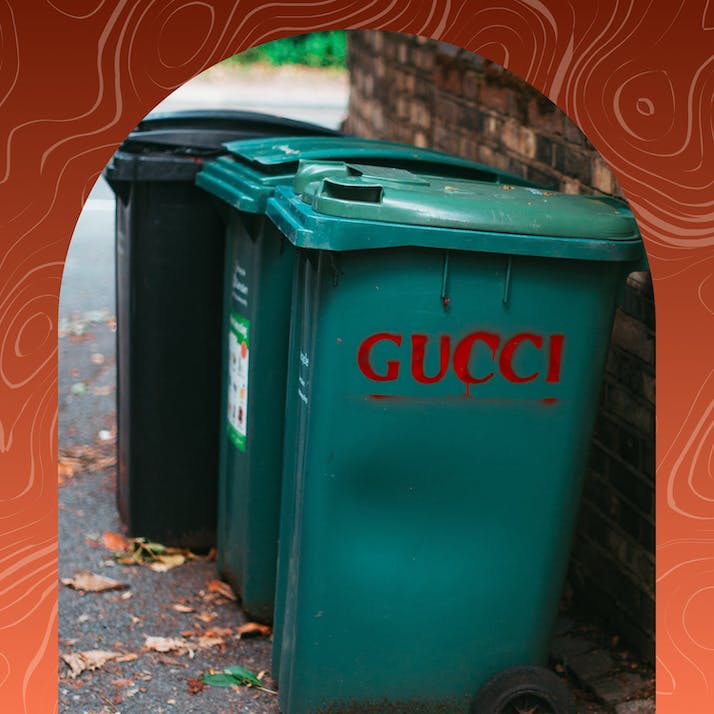 Environmentalism Is Full of Hypocrisy and Elitism

I grew up in a conservative Christian household, then became an environmentalist. Now, I struggle to reconcile all the beliefs I’ve held.

I was raised to believe that the natural world will soon be saved from its inherent corruptness. Then I discovered the beauty and healing powers of the earth, and I dedicated my life to the defense of wilderness and the prevention of global climate catastrophe.

Now I’ve come to recognize the flaws in environmentalism and the need to redefine the core values of human-nature relations. Environmental libertarianism calls us to be stewards and extend liberty to non-humans, rejecting human supremacy in favor of an inclusive view of people and the environment.

I grew up in the Midwest, specifically the upper-evangelical Bible Belt. Most of the landscape is farmed for corn (food for the food) and soybeans (fuel for the fuel); most people go to church on Sunday, including my family. The church we attended was a country club-style mini-megachurch, a generic nondenominational house of Jesus. While I still value many of the ethics I was taught, especially the compassion Jesus extended equally to everyone, I remember coming away from sermons on the Book of Revelation feeling a distinct apathy toward the natural world.

The pastor’s words rang in my ears: “Revelation says Christ will return when Israel is in a state of peace. I was just there and I felt safer jogging in Jerusalem than in this town.”

For the next few years, I had a smug outlook on environmental issues. Why does it matter if we trash this place if God is just gonna poof this shithole of a material realm out of existence pretty soon anyway? My environmental education in public elementary school was nonexistent, and when I finally got the opportunity to learn about it in eighth-grade science class, my teacher put it bluntly: “I believe that global warming is a hoax.” Though my early upbringing was riddled with climate change denial and apathy towards nature, I soon learned about the scientific reality of climate change and experienced the meditative power and beauty of nature.

“”
When I got home, I was a far-left hippie-dippie explorer with big dreams of saving the climate.

The Nature of Humans Is Rooted in Nature

In middle school and high school, I attended a survival-themed church camp nestled in the rolling hills and mixed forests of Michigan. I learned survival skills like foraging, tracking, and fire building. The camp was hosted by a somewhat progressive denomination, and the director had a unique Christian philosophy that interweaved elements of various religions and indigenous worldviews. His comparison of God and nature was almost pantheistic.

These weeks were transformative for my appreciation of nature. By learning to pick up forest cues like bird calls or animal scents, it felt like I was using all of my senses at once for their evolutionary purpose—to take in the rhythms and timbres of the forest and process them together in the moment, syncing up to the material universe and perhaps approaching a state of consciousness that is closer to understanding God. As I developed wilderness awareness skills and grew a spiritual connection to nature, online media drew me to the scientific consensus on climate change.

In my junior year of high school, I went to a semester-long environmental school in Northern Wisconsin. I studied wilderness literature, environmental science, sustainability and the history of exploration. Part of the curriculum was learning to cross-country ski, canoe and camp. It was a profound experience with amazing opportunities to connect with people and natural landscapes and understand more about natural processes and human-nature relations. When I got home, I was a far-left hippie-dippie explorer with big dreams of saving the climate.

Discovering the Dark Side of Environmentalism

I knew I wanted to leave my close-minded home county, so I set my sights on Colorado. I skipped my high school graduation to do a season of trail work in an AmeriCorps program. I roughed it almost the entire summer, camping on a hitch and living out of my car on the weekends. I was a dirtbag. I had a great time. But some of the projects felt meaningless. Carving out the National Forest to allow some obnoxious motorbikes to disturb the ecosystem seemed like the opposite of conservation. Spritzing invasive weeds with ashy water endowed by the full moon felt counterproductive.

After the season I enrolled in a Colorado state school to get a degree in environmental studies. Throughout the next three and a half years, my understanding of environmentalism shifted considerably. Academic study of the environment was even more depressing than I anticipated—the climate, biodiversity and humans are all absolutely fucked unless we as an entire species have a serious epiphany. Like, yesterday.

One of the most disturbing theories I learned as to why we’re letting that climate doomsday happen was that our political infrastructure is fundamentally unable to solve climate change because re-election makes our politicians inevitably short-sighted. Also, when you add lenses of justice and resource distribution, you see that those in the world who are the least fortunate and least responsible for climate change are the first to suffer from its effects.

The thought that climate change disaster and corresponding civilization collapse are inevitable made me reexamine my identity as a privileged far-left environmentalist and question my fundamental beliefs. What can I do when shit starts hitting the fan? How can I save myself and my loved ones? How will I eat if an apple costs $50?

My answer to these questions was farming. I got a job on a small organic farm where I picked and packaged vegetables. At first, I didn’t mind it, but at the end of my second season, I was burnt out by the sun and aching from the monotonous tasks. I also realized that the farm wasn’t a profitable venture, but essentially a prop kept up to attract homebuyers to the adjacent housing development so that the (Trump-supporting) owners of the operation could make their inherited fortune great again. I reexamined my purpose in life yet again. Breaking my back to sell expensive vegetables to privileged yuppies didn’t sound like an enticing career path.

Later, in school, I learned about criticisms of environmentalism. A lot of environmental theories are based on the writings of old sexist white guys who wanted to preserve “virgin forests” so they could personally and selfishly fuck them, while in reality this entire hemisphere was heavily shaped and managed by Native Americans prior to European disease and colonization. We kicked out people attached to landscapes in order to set up national parks. We’ve exported that idea to other continents. The Maasai people in Africa were forced to leave the home they’ve known forever, to abandon the ecosystems they’ve managed consistently for thousands of years, to preserve endangered charismatic megafaunas like lions, giraffes and elephants.

Along with that, environmentalism today is largely an elitist fad. Buzzwords like “organic,” “sustainability” and “green” are hijacked and desensitized by capitalism. Al Gore flies all around the world to tell people to reduce their carbon footprint. The glamour, hypocrisy and elitism of environmentalism are inauthentic and proliferates political partisanship around huge issues like climate change.

“”
The climate, biodiversity and humans are all absolutely fucked unless we as an entire species have a serious epiphany.

Recognizing the Rights of Nature

Today, I still struggle to reconcile all the beliefs I’ve held about the environment. The apocalyptic apathy I picked up in church still comes out from time to time, often combined with the feeling of imminent climate disaster. Other days on a hike I’ll stop and sit, absorbing the universe’s signals as channeled through the sounds, sights and smells of the landscape. In those moments I feel a belonging to the earth and perhaps subconsciously closer to knowing God.

As I oscillate between these mindsets, I have elected the identity of an environmental libertarian. While I admire elements of regular old libertarianism, it’s troubling that there is little consideration for resource access or environmental impact. However, if we extend inalienable rights of freedom beyond humans, we can recognize the intrinsic value of nature and promote prosperity for our species and the earth. It’s time to drop the Western Judeo-Christian assumption that humans are separate from or reign supreme to the natural world. We need to look at ourselves as a part of the environment and use our God-given and naturally-adapted gift of consciousness to foster biodiversity, sustainability and ecosystem health.

As we defend the fundamental liberties of our fellow humans to exist and have access to resources, we must also defend such rights for animals, plants, ecosystems, biomes and the global atmosphere.