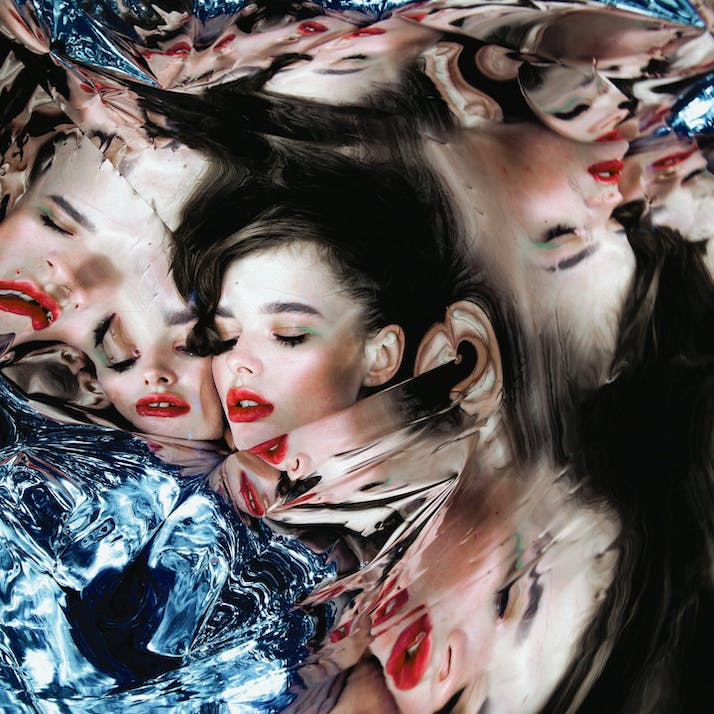 An Endless Cycle: Trying Not to Believe Conspiracy Theories

In the online world of conspiracies, the lines between reality and fantasy couldn't be more blurred.

I am a fairly levelheaded person, so it took a lot for me to fall down the rabbit hole of conspiracy theories at first. But the pandemic and all the events that have followed have sent me straight into the open arms of online conspiracists.

The downward spiral usually goes like this: Something newsworthy comes to the surface. It doesn’t sit right with me, so I head to Twitter to see what the more sensible minds are saying. Someone will mention a conspiracy theory, so I instantly head to TikTok to get more information about the theory—because that’s super logical. After watching a few videos, I Google the event, the people involved and the ensuing theory to fact-check for plausibility. When things start to check out, I wallow in despair for a while. I then talk myself out of it and convince myself the theory can’t be true.

Then, the same cycle continues a few days later with a new theory.

The Great Reset Is More Than Just a Conspiracy Theory

This spiral recently happened with the cost of living increase in the U.K. Inflation is bollocks: The price of petrol is unbearable; a trip to the supermarket bankrupts me; and Thor only knows how I’m going to heat my house this winter.

Logically, I know many things to be true that would explain inflation. There was a pandemic that essentially shut the world down. China, where most of our supplies come from, is still in a bit of a slowdown. There’s a war between Russia and Ukraine, two of the biggest exporters of wheat. Global warming has ruined a good few essential crops. Oh, and the whole economy setup is more fragile than a vintage china teacup. I’m no economist and I don’t really know how it all works, but could there be an argument that globalization wasn’t really the best tactic? I fully believe that the government can do better.

Now, this theory wasn’t plucked from thin air. The Great Reset plan was discussed at the January 2020 World Economic Forum summit, but the plan shares very little in terms of details. It’s intentionally vague, but the premise seems to offer world leaders and wealthy corporate heads of pharmaceutical, food, oil and technology companies a role in global governance. Allegedly, each of these people would be considered stakeholders in the global economy and would therefore be answerable only to each other.

You don’t need to be a seasoned conspiracy theorist to see that that’s fucked—or to see how it became a breeding ground for conspiracy. Theorists took to online forums and social media apps to express concern, speculating that the Great Reset has been in play for a long time and that COVID and its long-lasting economic pitfalls have been planned and manipulated.

What’s scary is, for once, everything the conspiracy theorists are saying now seems credible.

“”
For once, everything the conspiracy theorists are saying now seems credible.

When a Theory Is Rooted in Reality, It's Hard to Take a Step Back

The U.K. is experiencing its highest inflation in 40 years at 9.4 percent, and the U.S. isn’t too far behind at 9.1 percent. If you were trying to manipulate the economy, how would you drive inflation up even more? Product shortages—which seem to be never-ending lately. Some conspiracists even claim that employees of shipping companies are being told to delay the export of containers.

Yes, China's slowed production, shipping issues and the war in Ukraine are causing delays, but are these all part of a bigger plan? Is this all intentional? Compared to the flat-earthers and the lizard people, the Great Reset is perfectly logical—which I think actually makes it worse.

So here I am, Alice in Wonderland-style falling down this rabbit hole, because when big companies like AstraZeneca and Amazon get involved with world leaders and magnates like Bill Gates, there’s cause for concern.

Admittedly, I’m still trying to talk myself out of this particular hole.

It helps assuage my concerns that not every foreign government seems to be following the same process. Some still appear to be making decent decisions, like Finland, for example.

All these current happenings might actually be knock-on effects of COVID, and it could all be one massive coincidence. Recessions do happen; it’s part of an economic cycle. It’s likely that lockdowns have been the sole cause for supply chain delays. And if this were to happen, surely there would be a massive global revolt, right? We, as a freethinking population, wouldn’t allow this to happen, would we?

“”
All it takes is for one conspiracy theory to be right to prove that not all radicals are insane.

I'm Actively Trying Not to Believe Everything I See

While I’m going to put my faith in humanity doing the right thing, I’m also going to err on the side of caution. All it takes is for one conspiracy theory to be right to prove that not all radicals are insane.

In all honesty, we do live in a really scary time, a time ripe with conspiracy theories that seem plausible but take it one step too far to be totally believable. The use of technology and artificial intelligence can manipulate any situation. Smartphones are capturing all our data. Phone tapping has already been confirmed, and the ethical lines are already highly blurred there. Maybe I should check Twitter again.