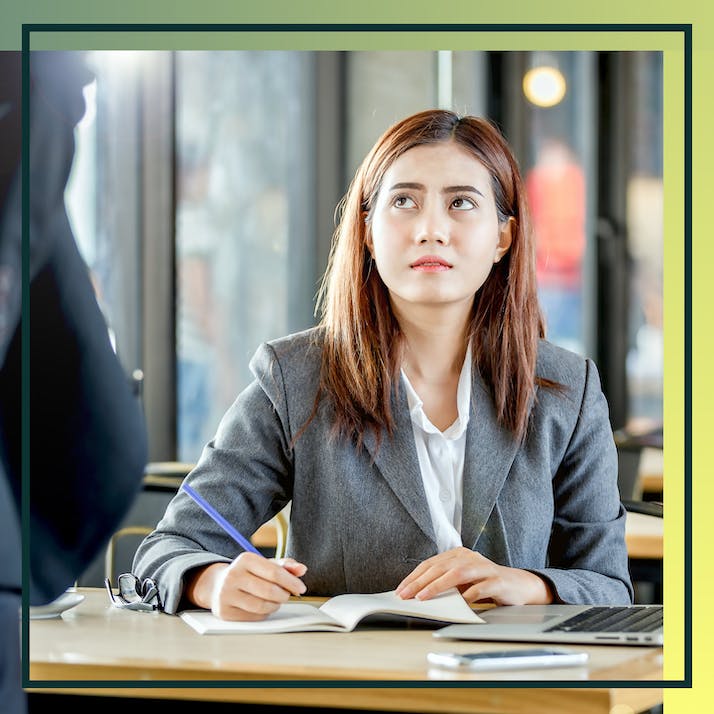 Emotional Abuse at Work Wasn't Worth Working With Celebrities

A young professional describes how a New York City talent management company went as far as making her change her name.

As a starry-eyed Midwesterner growing up, I was a cliché. I dreamt of working in Hollywood as a writer or director. It was going to happen for me. It had to.

But towards the end of high school and into college, my focus shifted. I liked the idea of journalism more, and eventually majored in public relations (something that nobody dreams about). I graduated a decade ago, penniless and desperate for work upon moving to New York. But instead of applying for marketing and PR gigs, something else fell into my lap: I was offered a position at an A-list Hollywood talent management company. It came from a tip by a friend working in casting. The industry found me after all—and what better way to combine PR, TV and movies than to help manage actors’ careers?

While my peers took boring entry-level marketing gigs for $40,000 or more, I accepted this assistant position to the tune of $22,000 per year. I’m not even sure if that wage was legal. I was fortunate to find a rent-stabilized apartment, and I was also lucky that there was a Subway across the street from work—as in, a Subway sandwich shop, not the MTA. I survived on their $5 footlongs for lunch and dinner every damn day.

The low pay wasn’t the hardest part of the job. It was the fact that they made me change my name. I’m not kidding. I had only one interview (which took place two hours after I was referred, and I started the next day…red flag?). The head agent told me I would need to change my name. She’d recently had an assistant with my name—and that person was still working in the office. “It will be too confusing if you answer the phone and say ‘Gold Management, hello this is Mallory,’” she told me. “They’ll think you’re the other Mallory, and I need them to know you’re you, that you’re new and that they need to start over with you, instead of whatever stuff the other Mallory already knows as an institution. So, what’s your new name?”

I was floored. And I had to pick a name on the spot.

“Well, uh, how about my middle name, Tamara?”

So Tamara I became. At least to all the casting directors and Oscar winners and head managers. The other assistants opted for a less flattering take: Tammy. (No offense if your name is Tammy. It’s just that they said it with such diminution.)

“”
The low pay wasn’t the hardest part of the job. It was that they made me change my name.

Textbook Examples of Emotional Abuse in the Workplace

For that grand $22,000, Tamara/Tammy had to arrive at work at 9 a.m. every day and set up the entire office, making sure pens had ink, printers had paper, actors had call sheets and pilot scripts, and that the coffee maker had K-Cups. I was usually a few minutes late, since the managers wouldn’t roll in until late morning (in time for their L.A. clients and counterparts to get online). But every morning, the other Mallory would beat me to work, and she would remind me how shitty of an assistant I was for being three minutes tardy.

This same Mallory would yell into my ear whenever I answered the phones (my primary task since the phones were off the hook and you can’t leave casting directors and A-listers unanswered or on hold).

“You’re being too polite, Tammy,” Mallory would bark. “Don’t tell Lauren Orsenwells how your day is going, she’s the busiest casting director in the industry, she doesn’t fucking care.”

“Lauren Orsenwells asked how my day is going. She always asks. I wouldn’t tell her if she didn’t ask,” I would snap back. Mallory would only quiet down if I snapped back. If I acted too small or too polite, she would only prey more. She fed off perceived weakness. That was difficult for me—I am overly polite and Midwestern. It’s not a weakness. It’s proper manners. Lauren Orsenwells seemed to enjoy that I was answering the calls. As did everyone, probably because I was polite to them.

I Experienced All Types of Emotional Abuse

The Starbucks downstairs knew my order whenever I walked in. Or rather, they knew my boss’ order whenever I walked in. It was something ridiculous, like a “decaf iced this or that, one pump of this, extra foam, and a hand-stirred stevia”—but only hand stirred by me, not by the Starbucks staff. At least she trusted me for that. But in between the moments of trust, there was a piling-on of ridicule.

“How do you not know what all of our clients sound like? If they call, you are expected to know who it is. Memorize their phone numbers.” Or, “You transfer calls way too slow. I need you to transfer them in half a second, nothing more.” Or, “You need to rebook [up-and-comer’s] casting session today. You shouldn’t book her in the morning like you did, because she has a bad morning voice. She needs a few hours to find her proper voice every day.” Or, “Why isn’t [A-lister’s] private driver outside her house? You can’t leave her waiting in her lobby. That’s so embarrassing for her.”

(In that last instance, the driver was stuck in traffic. I’m sorry, but Tamara can’t turn red lights green. Miss Oscar Nominee is just going to have to endure the utter humiliation of standing in her own building’s lobby for five more minutes.)

My tenure overlapped TV pilot season, wherein all the actors run around L.A. and New York trying to book shows, some of them auditioning for dozens of roles. I remember the office discussing a young actor on their roster who was struggling to book any gigs. “Maybe he just doesn’t have what it takes. Or maybe he isn’t kissing enough casting director ass.” They lamented that he might have to find “a normal job” soon, since they planned to drop him from their client list. Someone chuckled that he was actually “the lucky one.” That stuck in my mind.

I Realized the Entertainment Industry Wasn’t for Me

Because we had to work NYC and L.A. hours, I would leave each night at 9 p.m. This was three hours after the managers left, leaving the three assistants to round out the L.A. hours and prepare scripts or casting clips, as well as order office supplies for the next day. The day usually ended with Mallory saying, “Tammy, you’re a great assistant,” and the head boss telling me I was the best assistant she had ever had. I learned quickly that this was how they ensnare you. It’s a day of berating, then high compliments at the end.

One evening, I and another assistant (not Mallory) were the last two in the office. I asked him how long people had to be assistants before they got promoted. “Like six or eight years maybe,” he said. “And it’s worth it once you get there, the money is good. Six figures.” But at 25, with a $22,000 salary and some $40,000 in college and credit card debt, I knew I couldn’t endure six-to-eight more years. (This realization came a whopping two months into the job.)

I also knew I couldn’t survive much longer because I started to dissociate. For those 12 hours in the office (or 11 hours and 57 minutes if you sourced Mallory), I was Tamara/Tammy. I let her take the berating, so that Mallory, my real self, could unplug as soon as I exited. Mallory was at peace for the 12 hours I wasn’t at work. I had a sense of humor. I had hobbies, though I barely had time to enjoy them. I had friends I could only see on the weekend. I just never had money to pay for anything.

As for the weekdays, however, eight of those daily “Mallory hours” were spent sleeping. Two of them were spent commuting. I would eat most lunches and dinners at my desk, bless those $5 footlongs because otherwise dinners were cold lentils or plain oatmeal. Another hour was spent in the bathroom, getting ready in the morning or winding down before bed. With 11 hours wasted, I had just one hour a day to myself, to be myself. To empty out all of the verbal abuse and the low self-worth.

Recovering From Emotional Abuse at Work Was Easy

I couldn’t keep up with the rich kids who lived at home with their parents (or whose parents paid their rent) and had no bills. I couldn’t do it now, much less for six-to-eight more years. Suddenly, my friends’ boring advertising jobs seemed far less compromising. So I begged them for work, got an offer fairly quickly and took the first train out of Hollywood. It stings a little that some of my favorite actors knew me only as Tamara and not as Mallory. And it hurts to imagine the sliding door scenario wherein I worked in my dream industry. But that’s as much a fantasy as the original dream itself. I was fortunate to realize the sacrifice it requires—and the shit one must endure when there is far too much at stake. No prestige or title or pipedream is worth being treated as worthless as I felt in that position.

I happily put Tamara to bed, and woke up from that silver-screen dream. Mallory (me!) has never been happier. I don’t care enough to check in on the other Mallory. But now that I think about her, I wonder whether or not she became a big-time manager. Enough time has passed, so she’s probably making six figures, if so. At the very least, she’s probably moved out of her parents’ house.

While I didn’t quite have the chops to succeed in that environment, the other Mallory certainly did. And polite as I may be, that’s no high compliment from me.