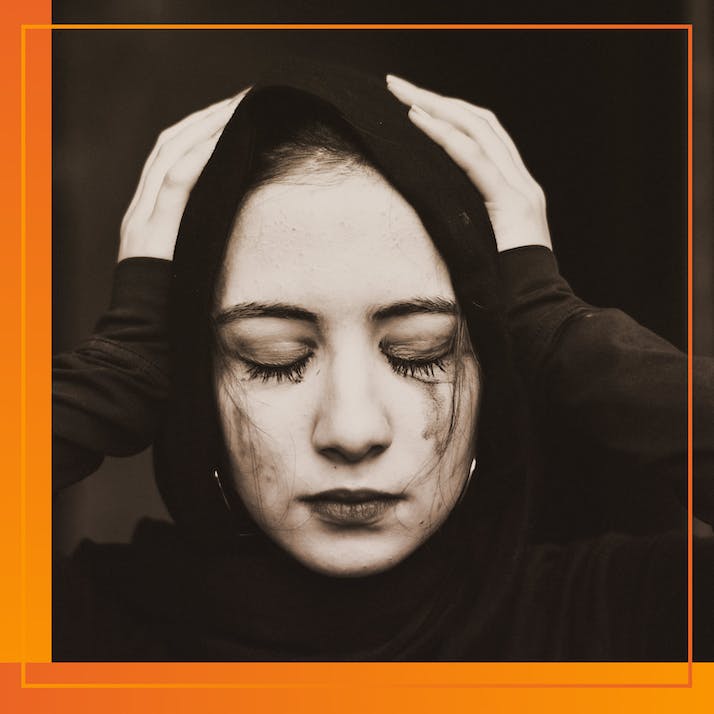 Embracing My Muslim Identity in America Is Impossible

A young woman whose father was taken by ICE explains the nature of Islamic identity in America.

Living in the United States my whole life, I was told all I needed to do was dream and I could achieve anything. I am a half-Arab and half-Hispanic Muslim. As a young girl growing up, some people saw my multicultural background as a privilege, but throughout my years, my perspective has changed. I was taught early in life to be loyal to my country, believing we all had the same opportunity and hearing things like, “You can be the president one day.” How could I believe otherwise? The system I was taught states this country was built on “freedom of speech” and was created because others want to live freely and practice what they believe in. What if I told you that the same people that take pride in that belief, are the same ones who decide what is considered acceptable and what is not?

I was also taught that you always speak out for the oppressed. It’s hard to know that there are people around you that would side with the oppressors. On the outside, people used to see America as a big melting pot, blossoming with different cultures, and considered it a blessing to be here. I, on the other hand, don’t see it that way. When I was younger, I took pride in being “American.” Now, it’s an embarrassment, a label I don’t associate with anymore. What I was told to believe and take pride in gives me nothing but utter shame. I saw the good, the bad and the ugly; the America I know is one many others never see.

“”
Living in the United States my whole life, I was told all I needed to do was dream and I could achieve anything.

How My Muslim Identity Crisis Began

My nightmare began when I was five years old. I grew up blessed with a mother and father who worked hard to be here and gave me and my siblings their best—from living in a safe area to going to the best schools. Most kids my age were all just trying to fit in. It was hard to believe that I went from hiding my ability to speak three languages to now solely speaking in Arabic daily. One day, I was awakened by bangs on our door and the screams of my mother begging FBI agents not to take my father away. Many people see the FBI as an organization that protects the United States, but I saw its agents as nothing but monsters who use citizen protection as a pretense. How can you enforce a law that you don’t follow?

My father was asked about his opinion by a local newspaper regarding a recent scandal at a local mosque. In expressing support for a ruthless dictator to be overthrown, he unknowingly turned his and his family’s world upside down. The organization that prides itself in defending its country does more terrorizing than protecting. Targeting people based on their race and religion with nothing but stereotypes as justification is despicable. The beauty I used to see in this country left in front of me that same morning. Using someone’s religion against them in a country that prides itself on its “freedom of religion” is hypocritical. That my father’s religion makes him suspected of being a terrorist sympathizer shows the bigotry that is very much alive in this country.

“”
I began to see this country for how it treated people like me.

Growing up post-9/11 was hard on me. My father being attacked because of his religion, which is mine, too, was the most painful experience. Being dragged in a legal battle for 13 years to plead why a father shouldn’t be deported and taken away from his children is indescribable. Going to a primarily all-white school, as great as it might’ve been seen opportunity-wise, was torture. The news constantly changed the people around me, and it hurt me more than ever. Once taught to embrace religion, I felt as if I was embarrassed to be Muslim. I was called a terrorist, a towelhead, Osama bin Laden’s daughter. I didn’t let it break me, and I had to keep it together. They constantly told me I didn’t belong here, as if I didn’t know that already. They destroyed our countries, and when we seek a better life, they ask us why we’re in “their country,” which their own ancestors fled to.

When did we let hate flaw our judgment? I don’t belong where I was born. I don’t belong where I am from. The place where I grew up, my home, has criminalized my race and my religion. Everything that I identify as is a threat. Americans claim to uphold “land of the free” values, but I feel like I am in shackles, afraid to be judged and lose out on opportunities just for being different.

Years later, I have grown past the embarrassment and embrace what I am. No one is going to put me in a box. I was taught to embrace being an “American,” but what does that mean?