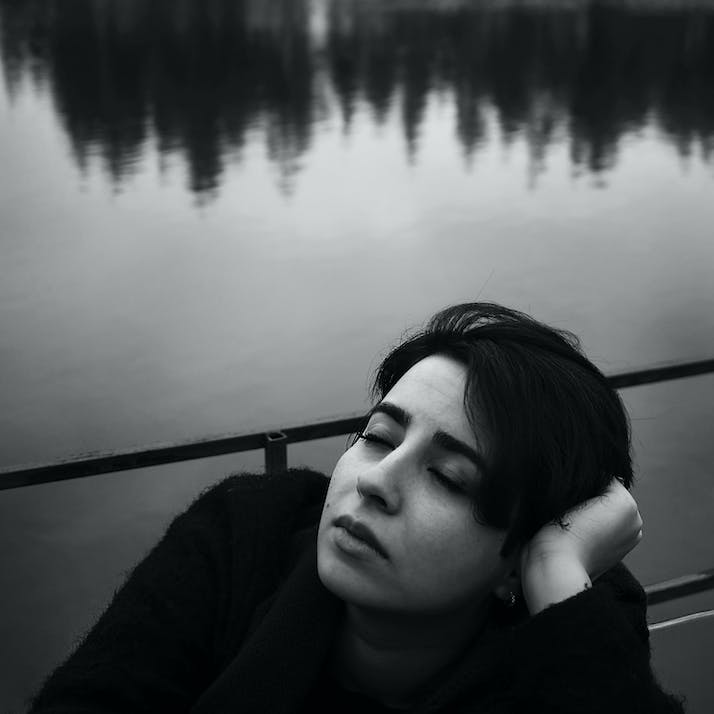 After the sudden death of her father, the author relates how becoming a psychologist made her deal with her innermost issues.

For as long as I can remember, I was my dad’s carbon copy. I spent most of my childhood with him, playing word games together—usually Scrabble—or watching cricket. My whole extended family would always marvel at how I was his spitting image.

It is said that parents are usually partial to one of their children because of the similarities they share, and that was definitely the case with my dad and me. He was a strong, silent type, and I was an introvert. We weren’t big talkers, but there was an implicit understanding between us that spanned many levels. We were both voracious readers and avid cricket fans. I was a daddy’s girl through and through.

When my family and I suddenly lost my father in a car accident when he was only 46 years old, our lives were absolutely shattered.

I was 15 at the time, my younger sister was 13, and life as we know it had done a complete 180 on us. It was the year I was sitting for my O-levels, and until that point, my life seemed to have been mapped out for me. There was a tacit agreement between my parents and me that I would earn my MBA and pursue a career in marketing.

Since my family is exceptionally academically oriented, they wanted me to have a foundation in science. I begrudgingly went along with it. After that, in my A-levels, I was set to take accounting and economics as my majors, but I only had a month to decide. I took an introductory psychology course on a whim.

It was love at first sight.

By then, it had been three years of trying to keep the trauma from my father’s death buried in my mind's darkest crevasses. I was reluctant to even think about it. For about a year after the accident, I was in full denial. One of my uncles got my entire family an appointment with a psychologist, but I lied about my post-traumatic symptoms and was adamant that I was completely fine.

I had a lot of unprocessed emotions and grief, which on my best days I could just about manage to keep from spilling over. I was too much of an introvert and practical-minded person to seek therapy or admit that there was an issue.

While this sort of coping is absolutely not conducive to a healthy psychological state, that was the state of mind I was in. My priority was staying on track for the sake of my career goals. I also didn’t want to wallow in self-pity, which was the excuse I used for putting off dealing with my psychological issues.

I Turned My Studies Into Self-Healing

After that introductory class, I immediately took on psychology as one of my majors. During a very trying time in my life, my studies allowed me to quietly deal with my issues without involving anyone else. Delving into psychology textbooks made me gauge my mental state subjectively, without activating my defenses. It motivated me to read further on what was behind my conflicting emotions and feelings. Since I was studying so hard, I always managed to ace all my exams with top marks.

But my pursuit of knowledge probably also saved my life since, before that, all my coping mechanisms involved avoidance, denial or sleeping pills.

My family was progressive enough to be okay with me seeking psychological help, but I wasn’t. I’d grown up believing I was a strong, stable and resilient individual. To suddenly find myself in the pits of despair—even after going through a traumatic experience—felt like failure, especially when my family seemed to be handling it so much better than me. I wasn’t ready to admit defeat because that was too close to accepting that I was in some way more fragile than them, mentally and emotionally.

I could have approached my psychology teacher, who had some experience with counseling—and also had an apparent fondness towards me—for help, but something always held me back. In my family, it was considered a sign of idleness and a lack of ambition in life to dwell on emotional matters. I was raised to see being highly sensitive as a personality flaw, not a strength. So I tried my best to keep the simmering torrent of emotions beneath the surface to convince myself that I had it under control.

With psychology, I felt like I finally had the manual to work out how to dismantle my own psyche, to deconstruct my psychological issues and reconstruct them more healthily. I didn’t need a handyman in the form of a therapist—or so I felt.

I Found My Passion and Made It My Career

I went on to do my A-level, graduated in the subject and then took around five highly accredited online diploma courses from world-class universities in different concentrations: adolescent psychology, developmental psychopathology, abnormal psychology. The knowledge and insight that I gained from that deep dive into the human psyche—what makes us tick, our triggers and how to deactivate them—helped me above and beyond what a mere therapy session would have.

I pored over theories of cognitive distortion, post-traumatic stress disorder and avoidant behavior. It helped me look inside to identify my personality type and defense mechanisms, and figure out how to use them to my advantage, rather than letting them hinder my growth.

Having faced pretty bleak spells early on in my life made me empathetic toward people going through trying times, which helped me understand psychology at a more intuitive level. One of the most reassuring things for me pursuing a career in psychology has been how the field considered my deep innate sensitivity as an asset, rather than a weakness. It’s taught me that your work doesn’t only need to be there to sustain you financially or be your bread and butter. It can also save your life.