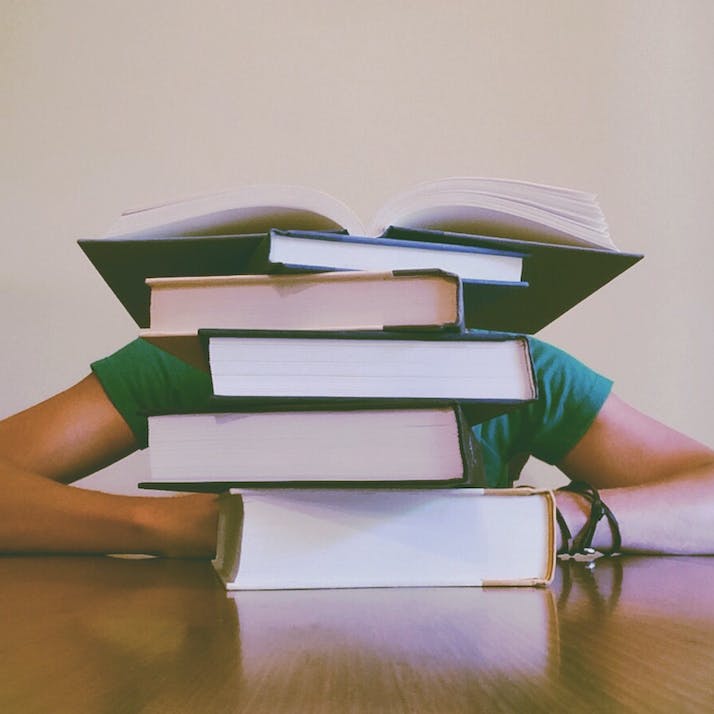 I Was A Straight-A Student: Education Ruined My Life

An all-star pupil explains how grades led to obsession, which then resulted in an unraveling of her life.

Such A Cliché / Millennial / Progressive / Student

From a young age, we are taught that education is the foundation to a good life. In a performance-driven culture, success means everything. Though broad in its definition, when placed in an academic context, the meaning of success becomes a lot narrower and easier to quantify.

“”
How come the other children weren't petrified by the idea of having a piece of paper determine their worth?

I distinctly remember the first time that grades began meaning something to me. I was seven and about to undergo a set of assessments. As my teacher explained what was about to happen, I burst into tears. I was taken out of class and put into a meeting with my mum and teacher. They discussed how I “put too much pressure” on myself, but I didn't understand why this behavior was abnormal. How come the other children weren't petrified by the idea of having a piece of paper determine their worth? It didn't make sense to me.

A month later, tests complete, our results were posted. Again, the teacher called my mum and me to a meeting after school to announce that I had the best results. That was all the validation I needed. I had won. They both told me that I was smart and a “great student.” At age seven, I established a connection between academic attainment and self-worth, and I would chase this serotonin shot for years to come.

In many respects, this signaled the beginning of the end.

When your belief system is comprised of such reductionist components, it’s easy to lose sight of reality. Before I knew it, I had internalized academia’s target-driven nature. I didn’t need to be popular, sporty or beautiful—I only needed to be top of the class. Year after year, test after test, teachers would confirm the notion that I was a “gifted student.” I heard the term enough times that I even believed it. I fell under the illusion that grades were the key to a good life. But what they don’t tell you about good grades is the sacrifices that you must make to get them.

Indeed, as I progressed through the education system, it became harder to keep it up. Although I had managed to get straight As in high school, the strain took its toll on me as I headed to college. After securing a place at a prestigious college, I received my first test score and realized that I wasn't that special. With a score of 58 glaring back at me, I felt my heart drop. I was just another small fish in a massive pond.

If I wasn’t smart, then who was I? Did I have a personality outside of education?

The truth was, I didn’t.

As I felt my life get increasingly out of control, I sought stability elsewhere. Gradually, the obsession with grades transformed into an obsession with my eating habits. I turned to food as a means of regulation—if I couldn't control the grades I was getting, at least I could control what was going into my body. I found myself amid an eating disorder. Each day I would try to consume fewer calories, exercise more and cut out foods. As I saw the figures on the scales decline, I felt a sense of equilibrium rush over me. Finally, I had control over something.

How Academic Success Ruined My Life

For the remainder of my time at college, this toxic perfectionism ruled my life. In this strict world that I’d created for myself, there was little room for error. If I tripped up and ate more calories than I’d planned on or received a mediocre grade, I had to compensate—whether that meant running an extra three miles or staying in the library for another hour. I had to make amends.

It paid off, at least for a while. I lost weight, and I managed to climb to the top of the class again.

However, my obsessive behavior eventually tore my relationships apart. I declined every social invitation I received, for fear that time away from revision or meal planning would cause me to lose my balance. People around me thought I was weird for spending so much time alone, and soon the social offers stopped trickling in altogether.

Without realizing it, I was gradually losing my support network. My friends thought I was rude, my family thought I was insane and anyone else who knew me couldn't get their heads around it.

When I graduated, my mind had never been clearer.

I took time to travel, and as I sat in the Barcelona sun, I felt freer than I had been in my entire life. Without grades ruling my life, I felt entirely in control. I didn't need to turn to food to feel secure anymore. I had escaped the shackles in my head.

In my quest for academic success, I didn’t get the chance to be like my peers. Developmentally and emotionally, this hindered me massively. Simply put, I didn’t know how to function without work.

“”
After 22 years, I’m trying to claw back the youth that I lost to my pursuit of grades.

My Obsession With Approval Stayed With Me After School

As I entered the real world, I learned that obsessive behaviors always find a way to manifest. I brought my nine-to-five home with me and always worked long after I had clocked out of the office.

Since I had few friends, I didn’t know how to socialize. I wanted to meet new people, but I didn’t know how. I went on a couple of first dates, both platonic and romantic, but I was a bundle of awkward energy each time. I was like an alien who had never met a human before. To avoid exposing my nonexistent personality, I would ask a barrage of questions. When somebody dared to ask one in return, I’d spin a web of lies in the hopes of coming across as vaguely interesting. On one occasion, I spent an hour talking to a date about The Avengers (which I’ve never seen), to which he replied that we should go back to his place to watch some films together. Out of my depth, I declined, and, alas, I never saw him again.

The turning point came when my manager at work saw me replying to emails outside of the office. He swiftly told me that he didn’t want me to fall into the same trap he did. He explained that he wished he'd never started working overtime because now he couldn't escape the cycle. It was the same advice I give to people in school: Don’t make the same mistakes I did; have a life outside of education.

After 22 years, I’m trying to claw back the youth that I lost to my pursuit of grades. I've been going to therapy to talk about my obsessive personality, and I've been trying new hobbies to find myself and new people. For the first time in my life, I feel like I’m living.

I may have a degree and an unblemished academic record, but what does that mean if you have nothing else? I recognize that education is a gift and that I am lucky to have had the opportunities I’ve been given to learn in a formal setting, but we need to take grades down from their pedestal.

There’s a world outside of education, and my goodness it’s exciting.