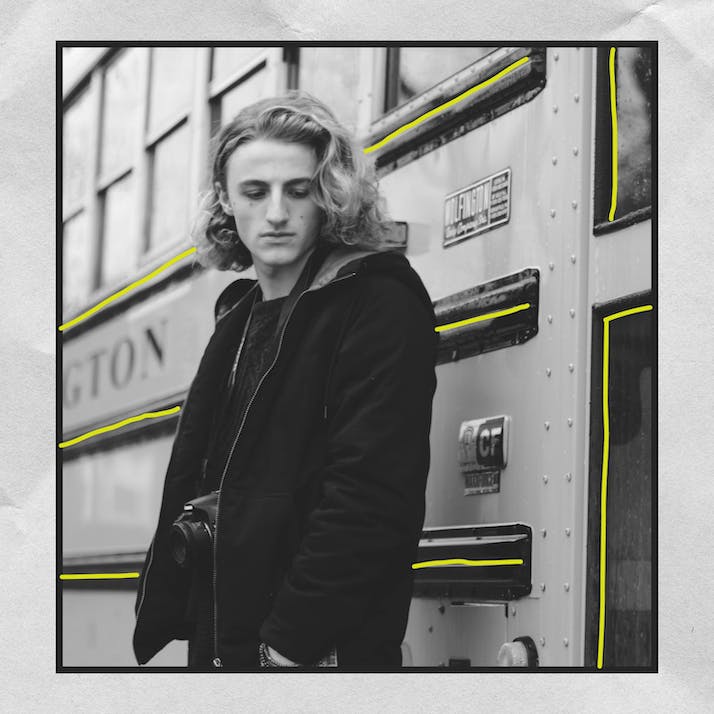 Dropping Out of High School Saved My Life

For mentally ill kids, our school system is a prison. So I escaped.

It’s the least controversial and most cliché advice you can give. And nobody plans on not taking it. What little kid thinks to themselves, “You know what? Thanks a lot for the advice, Nicki Minaj, but school’s just not for me.” But, for various reasons, in various circumstances, it doesn’t work for some of us.

I’m one of them. I dropped out of high school, and it saved my life.

I am categorically mentally ill. I’ve struggled with depressive episodes, anxiety and a plethora of sleep disorder diagnoses my whole life. I was only lucky enough to get my ADHD and bipolar diagnoses relatively recently, but in retrospect, it is clear these two disorders have impacted my life since adolescence. I take all of this with a grain of salt, though, because to me it is the symptoms and the impact on my life that matters more to me than the specific label that contemporary mental health medicine seems to agree correlates with those symptoms and impacts.

So rather than identifying specifically as a person with ADHD, I identify as a person who frequently struggles with focusing and motivation. (For instance, writing this very essay is possible only through the power of bribing myself with everything in my Etsy shopping cart.) But I also see myself as a person gifted with creativity, charisma and even, at times, hyperfocus (although it’s generally out of my control when that superpower chooses to grace me).

Similarly, rather than identifying as a person with bipolar II, I identify as a person who needs to vigilantly keep an eye on my moods and energy levels, and be aware of how they inform my decisions and my interpersonal relationships, as well as my impulse control and tendency towards self-sabotage. And above all else, I identify as a person who can’t sleep like a “regular” person for the fucking life of me. (That symptom happens to be comorbidly congruent with both diagnoses—lucky me!)

“”
Had I stayed in school, I might not be alive to write this for you.

Traditional schooling is hell on earth for someone who struggles to maintain a sleep schedule, can’t focus on things that don’t interest them even if you paid them, and whose reaction to trauma is informed by drastic mood swings (among them being to shut down entirely). High school for me mainly consisted of staying awake 48 hours at a time, in manic episodes during which I did everything I needed to maintain my honors GPA, interspersed with weeks at a time of depressive lows that caused me to miss well above the allowable number of school days. Since high school is famously not a paying job, the “stay in school” mantra—and all that was promised if I did—was all I had to keep going. And it was wearing thin.

I could tell the administration had no idea what to do with me. I was not your typical “problem child” or “troublemaker.” The only detentions I ever received were for being late, never for anything behavioral. And my teachers loved me, at least on paper. I had good grades, I was bright and I had a lot of potential. In fact, my English teacher in tenth grade took it upon himself to write an entirely different curriculum just for me, because he thought tenth grade honors English wasn’t challenging me enough—and even with a more demanding syllabus than any of my peers I finished it with the highest grade in the entire sophomore class. All that being said, I was missing a ton of school, to the point where it became a joke among my teachers to not expect me on Mondays at all. It was obvious to anyone watching that I was falling off the deep end emotionally. By January of my sophomore year, I had missed more school than was allowed for the entire school year, and they threatened to fail me, despite my 4.0 average.

I fought the administration on my missed school days and won, but somehow the process of having to advocate for myself so I wouldn’t get failed, despite my grades and the clearly positive opinions of my teachers, made something click for me. School isn’t about education; it’s about fitting into a mold and obeying the rules. An education is something I felt was noble enough to tough out this—for me—unnatural existence. But contorting into something I’m not to please a group of people I had no respect for? Compromising my physical and mental health to show up every day to an environment that was not designed to benefit me in any tangible way? Even with the voice of everyone I’ve ever looked up to saying “stay in school” ringing in my ears, I realized that it was only a matter of time before I stopped going.

Before we go any further, let me clarify some things: I am a white person from a middle-class, college-educated family. I did not get pregnant in high school. I did not have a substance abuse problem. I come from a very progressive, forward-thinking family. For all of these reasons, my circumstances surrounding my decision to drop out are very privileged and different from a lot of people’s. I’m not saying it was all easy, or that the world has been handed to me since then, but it is worth noting that my life allowed for dropping out to be a positive decision for me. That is not the case for everyone, and I know that.

But I also know that, had I stayed in school, I might not be alive to write this essay for you. I was burning the candle at both ends like it was my birth sign or something: I’m a candle sun, burning at both ends rising, and suicidal moon. (Oops, is that too dark?)

“”
Leaving school gave me the ability to build a life.

I Dropped Out of School and Started Living

The three years after I dropped out did not go as all the after-school specials had warned. At first, I was consumed by shame and a debilitating depression. I felt like I’d made a mistake that would ruin the rest of my life. I had done the thing that you aren’t supposed to do. But slowly, alternatives started opening up to me. In fact, leaving school propelled me into a quality of life that would never have been possible for me had I “toughed it out.”

I started taking classes online and at the local community college. Using scholarships and grants, I pieced together a transcript that would have never been possible at my high school. I also started working multiple jobs that I genuinely enjoyed, and making friends with interesting people. I took the money I was making at my jobs and—again, thanks to my trusting parents—started taking the train to New York City every couple of months to get cultural experiences that wouldn’t be available to me if I was still sticking to a high school schedule. Before I knew it, I had enough credits from my various classes to qualify for a diploma through a home-schooling program, plus an associate’s degree from the community college. By 18, I had “graduated” from high school and community college, and I’d been working full-time for three years. I had real-world experiences, and knew myself better than any of my peers seemed to. Most importantly, I no longer subscribed to the idea that I was broken.

Leaving school gave me the ability to build a life around my own strengths and learn to handle my weaknesses on healthier terms. I was no longer forcing myself into a mold, or measuring my worth by conditions that didn’t resonate with me, or even make sense. By 18, I had learned the power of intrinsic over extrinsic motivation. I was building a life I wanted, and still pursuing an education because that’s what felt right to me, not because society would deem me worthless without it.

I'm often torn between joking about being a “high school dropout,” and feeding into the pre-existing notions about that identity we all already have, and defending—or even advocating for—that decision. It’s true that my circumstances were less than ideal and there are things that could have gone better, but that’s often the case for big life decisions. I think that still would have been the case had I stayed in school, like all my favorite celebrities had told me to. If I ever find myself in the position to give similarly broad advice to a bunch of kids I’ve never met, I don’t think “stay in school” would be what I would say. I also don’t think it would be “drop out of school,” to be fair. My advice would be to listen to your gut and use the resources available to you to do what is right for you, period. You’re the one who has to live your life. It’s a shame we have a system that fails so many of us that gritting our teeth and surviving it is something one must even give advice on.

My advice wouldn’t be for the kids, it would be for the school system itself: When a kid drops out, that kid didn’t fail. You did.