Why I Don’t Tell Friends I Have Bipolar Disorder 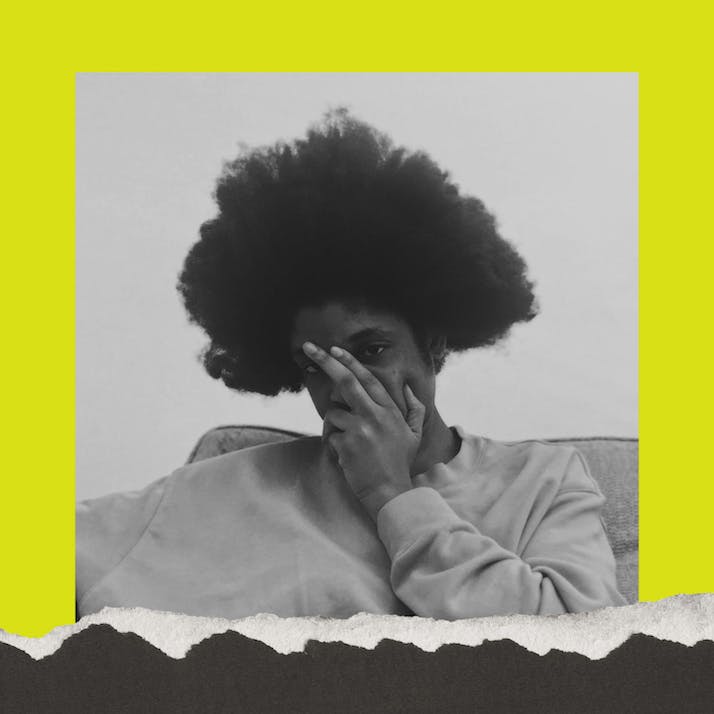 Why I Don’t Tell Friends I Have Bipolar Disorder

When people learn about my mental illness, it’s often weaponized against me.

The first time I came to know myself as bipolar was through overheard whispers.

It was Thanksgiving, and I was 17 years old. My parents were cleaning up in the kitchen, discussing my test results from a recent psychiatry intake in hushed voices. My mother had been seeking the comfort of a label for some time now. I was always the problem child, but the danger of a problem without a name had reached its peak.

After a childhood and an early adolescence plagued with outbursts, mood swings, tantrums and threats of self-harm, the question of what exactly was wrong with me was finally answered. I had been diagnosed with bipolar 2 disorder. It is a mental condition that involves extreme moods ranging from manic highs to depressive lows.

To the outside world, I’m many things. I am a daughter, a sister, a friend, a lover. I am smart, funny, creative and thoughtful. I am sarcastic, talkative, intense, occasionally negative, occasionally optimistic. But in my interior world, all I feel like is a disarray of discombobulated neurons. I don’t think a day has gone by since that Thanksgiving night that I haven’t thought about the fact that I am bipolar. This illness is my identity.

So, in this age of identity and bullet-pointed personas, where we announce ourselves upon arrival from our pronouns to our political views to our dietary preferences, I don’t tell people I’m bipolar—anymore, that is.

“”
This illness is my identity.

I Started Telling Everyone About My Bipolar Disorder

When I officially got my label, I wanted everyone to know.

That night, I formed a text to my ex-boyfriend, asking him to meet up to discuss something. We’d broken up recently. I wanted him to know so maybe he could understand. There were these moments where I’d pick a fight and get upset over something seemingly minor and he didn’t understand; I needed reassurance that he loved me that I couldn’t explain; I'd look off into space, caught up in the intense whirlwind that is my thoughts and feelings. I was heartbroken by our split, and I missed him. I thought if he knew, if I could somehow back up my behavior with a clinically diagnosed condition, it’d make up for everything. That my label would bring me love by means of empathy and understanding. I never hit send on the text because I think I knew, deep down, the love I conjured up in my head had no chance of playing out in real life.

This fear was painfully reaffirmed only a couple of years later. I was in my sophomore year of college, living in a house with five of my close girlfriends. I brought everyone together. I was the glue, the center orbit, the linchpin. They all knew I was bipolar. I had told each of them about a month into meeting them. The first one who knew had been my freshman year roommate. I let it slip in one night when our neighbor was hanging out in our dorm room and told us he was bipolar. Overzealous in the presence of someone else with bipolar disorder for the first time, I jumped up and blurted out, “Me too!”

She didn’t say anything that night but brought it up a couple of weeks later. She said she was cool with it. Not that I needed her permission. I got a buzz from telling people. At home, it was shrouded in darkness, but here at school, it was casual to say out loud. There’s a power in sharing your mental illness. So often, mental illness, when juxtaposed with what society accepts as far as social and emotional behavior, is shrouded in shame. Hiding it from the world felt like I was giving in. Sharing was an act of rebellion, and there's power to be found there.

I became addicted to the power and felt comfortable telling loads of more people. I shared it with co-workers. I told people I’d just met when I was drunk. It was like it was my fun fact.

The year I was living with those girls in that house, I experienced my first ever manic episode. It lasted several weeks and involved excess drinking, drug use (mostly cocaine and Xanax), sex with strangers and a brutal GPA drop.

For a while, my housemates enjoyed the mania. I've found that many people do. They love the manic person who can light up any room. Make anyone’s day. Stay up all night for whatever you need. But it’s rare anyone wants to stick around for the consequence that follows a manic episode: extreme depression.

Being Bipolar Affected My Relationships With Friends and Significant Others

I fell deep. I stayed in bed for days at a time. Left the lights off. Cried myself to sleep. It was straight from a psych 101 textbook. And despite almost all six of us having taken psych 101, none of my housemates understood nor cared to comfort me. After a long, unfortunate, winded series of events, my relationship with all of them went cold. They ended up teaming up to turn against me. One night, I was locked out of the house, and when I finally was able to get in, I was greeted with a five-on-one confrontation. Amongst the many things that were said, one I’ll never forget.

At one point, I turned to my best friend in the house, someone I’d be til death do us part with, and asked what she had to say for herself. She said to me, “I don’t know what it’s like in your head. I imagine it’s unpleasant.”

The sad part is, I think she thought she was being kind. For the next three months, I lived in isolation in a house full of people. They didn’t speak to me nor did I to them. And when the opportunities arose, they made my life miserable in forms such as turning the water off while I showered or breaking my belongings and leaving them out for me to find.

Later that year, a boyfriend at the time sexually assaulted me. When I tried to confront him about it, he blamed my bipolar disorder for distorting things, essentially calling it a hyperbolic emotional interpretation.

These are the intimate, lived experiences of isolation and alienation. Meanwhile, the public perception of bipolar disorder is no better and possibly worse. There’s the spectacle that is Kanye West and his flaunting his unwillingness to take medication for his very severe bipolar and paranoia and writing in highlighter green across the cover of his 2018 Ye album, “I hate being bipolar it’s awesome.” And the history of women being institutionalized in this country for exhibiting even the smallest signs of depression or schizophrenia. I come from a legacy of madness. My aunt, lost to history, was violently institutionalized as a teenager and not heard from again. I also come from a culture obsessed with movies that put women into boxes and tropes—and the ones reserved for women with mental illnesses are often the antagonists.

“”
Treating it as a fun fact like I once did is reductive of its weighty presence in my life.

Eventually, I Decided to Stop Sharing That I Was Bipolar

These things course through my mind as I try to make sense of how I fit into the confines of a rigid society. One that thinks #mentalhealthawareness will solve clinical depression and that telling me, “It’s OK to not be OK,” will rewire my brain to become neuronormative.

Because of what I’ve been through and what I know of the world, I have absolutely no confidence in people treating me as they would anyone else if they know I’m bipolar. I’ve told a couple of people since my housemates, and while they didn’t torture and bully me, they never looked at me the same. If I’m getting emotional about something, they leave the room. If I want to talk about my depression, they change the subject. I’ve learned it does not make them evil, unempathetic people but rather a part of the many people who fear saying the wrong thing and lack the patience to be supportive of something they don’t care to understand.

My therapist once posed the question, “You wouldn’t share your medical records with someone, so why would you share this?” This is a medical condition. It’s a debilitating illness, and treating it as a fun fact like I once did is reductive of its weighty presence in my life.

As much as the opinions of the outside world make an impact, at the end of the day, this disease is internal. In a perfect, unstigmatized world, I’d still have bipolar disorder, still be unable to have full control of my own mind. Living this way is about surviving. Every day, I make the choice to fight to survive. And in the game of survival, I cannot waste my time with what others think of me. I just have to be the best bipolar me I can be.