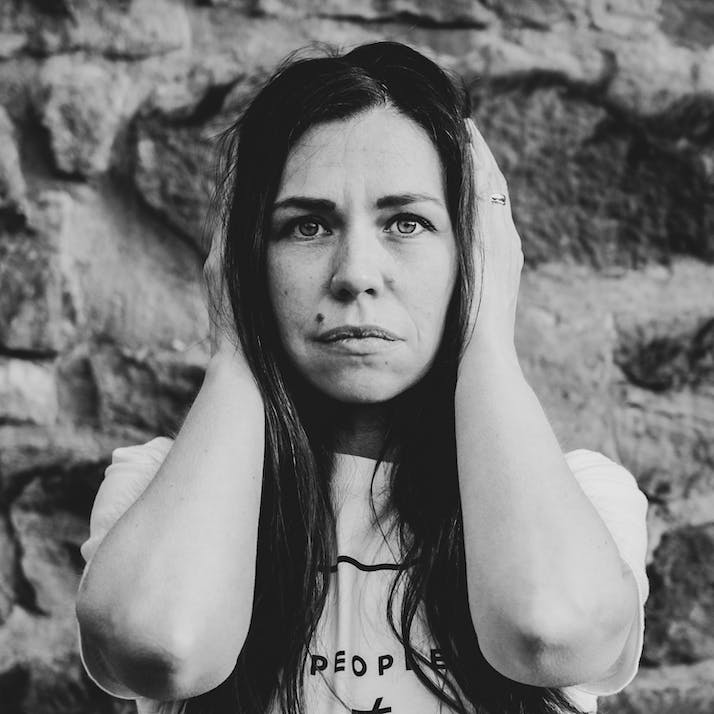 Why You Shouldn’t Listen to Celebrities Talk About Politics

A lifelong member of the L.A. entertainment world says that you should look elsewhere for your voting guidance.

I grew up my entire life in Los Angeles, which means my career resume reads like a bad screenplay’s take on a Hollywood kid. I spent my early 20s in the modeling industry, traveling around the world—Milan, New York, L.A., etc. My late 20s were spent acting in Hollywood—a few soaps, a few bit parts, a few commercials. A lot of horseshoe and hand grenade moments. And then, when I finally saw the writing on the wall, I spent my early 30s as a producer. (There is some unwritten law of Hollywood that when you flame out as an actor you go on and become a producer.)

The point of me listing out my Hollywood bona fides here is that after 15 years in the industry (whatever that means)—attending the film festivals, hanging at the cool Hollywood parties, dating Victoria’s Secret models—I have come to the ironclad and scientific determination that there are three types of people in the world: those who admit they’re influenced by celebrities, those lying about being influenced by celebrities and those who just don’t know it yet.

I’ll even take it one step further. There is the famous scene in The Devil Wears Prada (now memorialized by every fashion design major across the country) in which Meryl Streep’s Anna Wintour character disabuses Anne Hathaway’s intern of thinking you can opt-out of fashion—that there is a “none-of-the-above” bubble on the sartorial multiple-choice test. Instead, she lectures, the reality is that “trying-not-to-try” is, in and of itself, a byproduct of the fashion influence culture, where millions of decisions by tastemakers and designers have been made. To believe there’s an authentic counter-culture is to reveal one’s own economic and cultural naivety.

I firmly believe after 15 years in this business, Wintour’s maxims are not just constrained to the world of fashion. It’s just as accurate for consumer products, as it is for narrative content, as it is for our politics. And that last part should give us all a cause for concern.

I’m not here to bemoan this phenomenon in general, cursing the fact that kids look up to LeBron James or care what Cara Delevingne is wearing. Celebrity culture is arguably as old as culture itself. We are an imitation species at our core—we’ve been mirroring each other since the first chimp picked up a rock, smashed open a nut and another tried it. Since then, the gears of celebrity culture were set in motion. The sooner we all accept this immutable fact of our psychology the better off we’ll be.

What I am here to argue is that when it comes to imitation, celebrities, in general, are the last people who should influence our political opinions. They are, in fact, the most unreliable sources of political information in our culture, but because of our innate desire to mirror those we look up to, it is of critical importance that we curb the impulse to be swayed by their political opinions and be swept up by the celebrity influence tractor beam.

Why should you listen to me? Well, you shouldn’t. But as someone who counts a fair number of high-profile celebrities as my genuine friends, and has spent the last 15 years with them as colleagues and associates, I do feel better equipped than most to make the following three claims as to why rewarding celebrity political opinions will bring about the downfall of the republic.

“”
What I am here to argue is that when it comes to imitation, celebrities, in general, are the last people who should influence our political opinions.

It’s a cliché that the only celebrity you should trust is the one who tells you not to trust them. But that cliché is mostly true. It’s a celebrity’s recognition that they’re aware of the fact that they’re surrounded by people who are economically and dispositionally incentivized to appease and indulge them. There are a lot of reasons for this. Principal among them is that “celebrity” draws its power from social cachet. And with that social cachet comes economic power. Do people “care” about you and what you have to say or what you wear? If yes, then you can convert that “care” into dollars—from summer blockbusters to tequila brands.

But celebrity and social cachet are tumultuous and fickle muses, and the more insecure the celebrity becomes in regards to that social cachet waxing and waning, the more apt they are to gravitate towards the “yes” people in their lives.

This isn’t a character flaw or moral frailty. I have met very few people capable of handling the power of celebrity on the biggest stages. Far more frequently I’ve seen it eat them alive. It’s the rare person who is autonomous, self-critical, secure and possesses an authentic courage of their convictions—both talented at their craft and successful with it—that end up invariably becoming icons. Think Dave Chapelle, David Bowie, Prince, Dolly Parton, Meryl Streep, the Rock, etc. Most, however, unfortunately, get swallowed up by their own gravity-bending vortex of affirmation and positivity. And those vortexes are especially great at ensuring that no cogent and sensible political views ever make it out of them.

The truth that celebrity culture reveals to us most radically is that political opinions, most of the time, aren’t worth much. Doubly so for celebrities because they’re often surrounded by so many people convincing them that they somehow are the exception.

There is a very serious selection bias at play when it comes to celebrity political opinions. Notice there aren’t poor or old celebrities. If you’re still a celebrity past your 50th birthday, in some sense that means you’ve managed to make money off your talents and fame. It means you are, by definition, wealthy. There is some analog here to the old adage, “The only old mountain climbers are cautious mountain climbers.”

Celebrity culture, in general, is a young person’s game. Music, acting, writing, even just beauty and glamour, and so forth. As much as the postmodernists would like you to believe, there are some very sound evolutionary, psychological and economic reasons for this that aren’t as fungible as an idealistic utopian society might like to believe about itself.

The problem here is that those demographic skews are not representative of Americans or the majority of voters for that matter. Baby Boomers and seniors from middle- to lower-income backgrounds are what make up the majority of the American electorate. I promise you their political views are not getting accurately represented by the Hollywood political messaging community. Moreover, it’s also the case that, as much as good politics requires subject knowledge, so too does it require general life wisdom, which can only be acquired after working for the same boss for 15 years at your small manufacturing company, or being intimately involved in the local politics of your small town in the Midwest for decades. All types of “wisdom” that celebrities (for the most part) lack through no fault of their own.

An industry and occupation sector that rewards youth, openness, creativity, outlandishness and attention-seeking is not what you want to be calibrating your national political compass against. Imagine for a moment if we gave Instagram accounts with a million followers only to rural 65-year-old farmers, suburban 55-year-old career nurses and urban 45-year-old construction workers. How different the celebrity politicking would look then.

There is an alienation game at play here. The more celebrities speak up, speak out, get involved in politics, the more the rest of America gets the sense that their own opposing viewpoints are drifting further and further from the mainstream. The more they get the sense that America is leaving them behind. This sense of alienation inevitably leads to conspiratorial thinking and attraction to snake oil politicians shucking jingoistic, nationalistic nostalgia. The subtext being, “Remember when this country agreed with you on your views about the world? Let’s return to that time.” Sound familiar?

“”
You get the cultural equivalent of drunk sailors flicking lit cigarettes inside a fireworks factory atop a nuclear reactor.

For the majority of celebrities, education—at least formally in the undergraduate and graduate level—is often given short shrift, if not ignored altogether. In other words, having an MFA in playwriting makes you qualified to opine on all things playwriting and little else. And even that would put you in the top one percent of the educated class in celebrity-land. The reason for this is mostly theoretical. If celebrity culture is a young person’s game, then to be hunkered down in a library or chemistry lab is not an optimal usage of one’s time.

You will hear no cries of institutional credentialism as the only pathway to intellectual legitimacy from me. The problem instead is mostly one of Dunning-Kruger (the psychological phenomenon proving that the less you know about something, the more likely you think you know a great deal about it), multiplied across an entire industry, in which millions of followers turned into nightly news sessions on their Instagram and Twitter feeds.

It would send chills down your spine to hear some of the questions my celebrity and influencer friends ask me about basic science or world affairs, and then two minutes later jump on to their social accounts to speak with conviction and solemnity about the socio-political topic du jour.

Celebrities, for the most part, are just like me and you, except many of them didn’t go to college and most likely weren’t all that great at school to begin with. If they did go to college, they weren’t majoring in mechanical engineering or biochemistry or public policy. They were communications majors just trying to make it through the second semester. And that’s the best-case scenario. The problem is only compounded by the fact that most celebrities are especially insecure about this fact and will go out of their way to publicly disprove it, making for a very dangerous combination.

It’s simply the case that most political opinions suck. Most should never be shared with millions of people. The number of variables, counter-variables and deep knowledge required to understand the decision-making space concerning a single political issue is far too expansive for quick-draw political takes to ever be correct. Doubly so when you’re convinced that you have some moral legitimacy or high ground on your side, which celebrities in general never seem to be in short supply of doling out.

To recap: Combining our psychological predisposition to be enamored and influenced by celebrities—a subset of the population composed mostly of young, creative, and exuberant people, who then surround themselves with sycophants and anchor themselves in scant expertise—and multiplying it across an instantaneous information network, you get the cultural equivalent of drunk sailors flicking lit cigarettes inside a fireworks factory atop a nuclear reactor.

When asked why he hadn’t spoken more publicly against a clearly racist politician, Michael Jordan callously quipped, “Republicans buy sneakers, too.” This was poorly worded, poorly timed and poorly conceived. But there is also a deep wisdom hidden behind MJ’s statement. Offering political wisdom isn’t his job, and the only reason you should trust him is that he was humble enough to tell you not to. We’d do well to remind ourselves of this in the political election cycles to come.