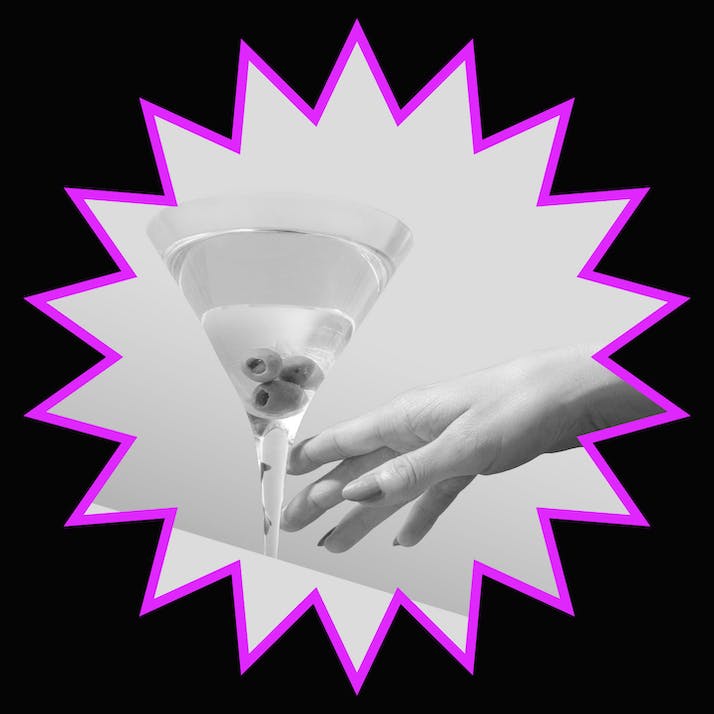 Does Anybody Drink More Than Writers?

It’s difficult to escape drinking culture when it’s so normalized in your field.

I doubt people in the media drink more than people in other fields but there is a very deep-rooted drinking-genius-writer myth that is very hard to dislodge. I mean, even if people slag off Ernest Hemingway, they still act like that’s the way to live.

Everything seemed to revolve around drinking when I had a staff position. The good and the bad, both—these happened when we were full of booze. Obama elected? Drunk. Trump elected? Hammered. When something went right? Down to the bar. When someone was acting up? Let’s take them to lunch at the bar. The day after my sexual assault, I went through a whole list of reasons it might have happened, but it never occurred to me that alcohol might have played a role. Everyone was always drunk, so the condition was like a transparent film over everything.

“”
Alcoholics, before they get sober, tend to think like cops.

When I think of my early days in writing, in the ’90s, it’s much more boozed up. There were nights during the week at the Magician or Brownies, when talking was woven into the spaces between pints. It was never a coffee date, always drinks. This will seem like an exaggeration, but it’s not, at least in my field. In the arts and in journalism, nobody ever went out for coffee—not in the ’90s. When the people I worked with and I were in London, it was, “See you down the pub.” AA is much less of a thing there.

Here, in New York, there was sort of a ghost schedule for everything. Weeknights would just happen at a certain bar, and it never much mattered which one. If it was a weeknight, you could ask to meet someone, anyone, at a bar. The people you worked with were almost certainly going to be at a bar somewhere, and usually that became a sort of default. If there was no plan, you simply went to the Scratcher or Tile Bar. The kids I know now in the art world, they make it sound just as bad, if not worse. They seem to be doing K and coke all night long and meeting at some of the same bars.

The idea is that you’d hit the bar and talk about whatever you were working on and argue needlessly. Maybe somebody was playing, and you’d go to their gig, but that was sort of ancillary. The gig was just a brief interruption in the drinking and the shit-talking. What happened is that these drinking sessions framed my life and made me think a certain way about the scope of experience. When I was assaulted, I didn’t even really think much of it beyond, “Ugh, that was a weird night.” That wasn’t even really the bad part. The fusion of friendship and work and drinking made everything that much harder to see, part for part.

At one job, when I had a staff of about five, we were across the street from an Irish bar. Not a Blarney Stone, but something like it. Because the parent company of the paper I was working for had a really hard-drinking, right-wing tilt, almost everyone in the building was doing booze lunches at this place. I started doing this kind of thing maybe once a month and then, all of a sudden, it was twice a week. And then there would be a meeting that night at Milady's or Milano’s or Tom and Jerry’s and the buzz from lunch would not have worn off. The shots and beer backs would start colliding with the rosé, and I’d be blind by 10 p.m.

There was no real impulse to change my behavior because the number of writers and editors who didn’t drink was so small as to seem like not worth considering. Of course, an alcoholic never realizes that they’re not drinking with alcoholics until it's too late. And this is how an alcoholic embarrasses themself, night by night. You see someone you work with, and you go over and drink with them. They nurse a drink all night; you have five. Whatever dumb shit you say goes into a folder whose contents are always being weighed against a folder of Other People’s Dumb Shit. This is how you would like to believe how the general social measure of behavior works. You are, by your own private math, in the middle of the pack. Your drinking and dumb behavior are normative, so it will have no impact. But the person you're talking to doesn't think that way nor should she. She just knows she’s having a bad time with you, the grabby motormouth, and this opinion is agnostic as to the behavior of others.

This social aspect is important. Alcoholics, before they get sober, tend to think like cops. We assume that the other alcoholic writers and editors we work with will cover for us. And this is probably true, up to a point. And the culture, many years ago, was generally more alcoholic and things were forgiven, often when they shouldn’t have been. But the transparency of digital culture has changed all of that forever. Now people are getting sober because somebody they work with has taken a selfie with them. They thought it was all in good fun. And then the next day, they see the caption is, “LEAVING LAS VEGAS lol,” or, “COME GET YR GIRL TENNESSEE WHISKEY,” or some such. The things I kept hidden through social networks and complicit cohorts are being revealed by people who are not, in fact, alcoholics. Or maybe they are, and they’re just petty.

There is also a range of delusions that the alcoholic engages with. Going to lunch with an important person and having wine seems like some kind of flex, like you’re really out here on some William Shawn bullshit, above it all. And whoever you imagined being your drinking idol may not have drunk like that. Think of how often you’ve seen Hunter S. Thompson’s breakfast routine reprinted. Did he ever do that, even once?

We see our heroes and elders and colleagues as part of some vastly inspired cohort beyond the whims and restraints of the normies. We see footage of Thompson flipping a whiskey bottle at his desk and think, “Ah, that’s how it’s done.” Everyone else keeps watching and sees him drop it the next time, soaking himself in whiskey and being escorted out by the security guard. Nobody remembers the first five flips after the one that hits the floor. But the alcoholic, we trim and trim and trim the footage until the excerpt suits our needs. We are still the heroic last-minute filers. To the rest of the staff, we’re the alcoholic disasters who occasionally get it right.

One of My Mentors Set the Gears of Sobriety in Motion

If you’re lucky, you’ll have a final lunch as I did. Jazzed about minor success, I took one of my mentors out to Cafe Un Deux Trois on 44th Street. She had the steak frites, and I had the French onion soup. She had seltzer, and I had white wine. We talked about everything, from the editors we hated to the ones we were worried about. The booze made me sentimental, which made her talk less. After two more glasses, I asked her to go to Jimmy’s Corner with me. After she paid the bill—why would an alcoholic ever put their card down first?—we went to the boxing bar.

Jimmy was still there, at this time. We sat toward the front. I started with shots and beer backs, and my friend had a Coke. She looked unconcerned but also like she was sitting on something. I just rambled about TV, blogs, philosophers I barely understood, writers I had never met. I started claiming inspiration for my colleague’s pieces, talking about the more famous writers on staff without ever having met them. She was patient and occasionally corrected me on flaming, unbound errors. At 3 p.m., she said she had to go. And when she left me there, sideways and unable to remember my own schedule for the day, she said one thing.

“You don’t have to do this anymore,” and that was the last time I saw her.

I didn’t get sober for five more years, but almost every time I got home at 3 a.m. with a bad sandwich from the third-best bodega in my neighborhood (the only one open), I would think, “I don’t have to do this.” And then I’d watch documentaries about Eugene O’Neill on YouTube and think, “I’m not as bad as him.” I’d fall asleep on the couch, miss the 9 a.m. staff meeting and then rock up, cold brew in hand, excuses ready to go.