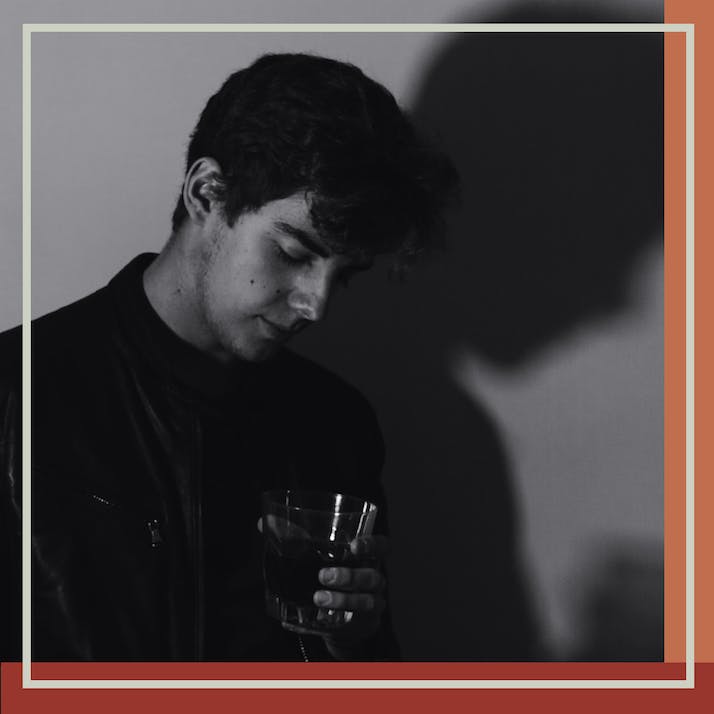 I Didn't Celebrate When My Best Friend's Mom Was Cancer-Free

My unexpressed grief after losing my own mother to cancer makes me fake my support instead of truly feeling sad.

By December 2020, I hadn’t seen my best friend Abbie for five months, since I left our hometown in England to live in another country. It wasn’t unusual for the two of us to spend time apart—since our friendship began when we were 4 years old, we’d always bounced back to normal after long periods of not seeing one another.

But this time, both of us found the distance between us harder than we’d anticipated. I was living far away from everyone I loved—and whilst I was caught up in the adventure of exploring my new city, I deeply missed the people who made me feel most at home. Abbie, meanwhile, was going through the hardest challenge of her life: In May, her mum, Mary, had been diagnosed with cancer. Mary’s illness and subsequent treatment were made infinitely worse by the pandemic. With no home visits from nurses allowed, Abbie was her mum’s sole carer, and both of them had to spend months shielding to protect Mary from catching COVID.

During my last week abroad before I was due to fly home for Christmas, I absentmindedly checked my phone and saw a message that Abbie had sent to the group chat we shared with our other closest friend, Emily. She was telling us that her mum was finally cancer-free, and of course, she was ecstatic. Emily replied with a celebratory message filled with emoji and exclamation marks. I sent a similarly joyful reply, but it came from my head rather than my heart. As much as I wanted to congratulate Abbie, I felt anything but jubilant.

The tears that hovered at the edge of my vision weren’t the product of happiness or relief. I was crying because I was frightened. It went against every instinct I had to believe the doctor’s cancer-free diagnosis, to tempt fate by celebrating. Because in my experience, cancer always comes back.

“”
In my experience, cancer always comes back.

I was 10 when my mum first got ill but 13 when she told me it was cancer. I was 14 when she was in remission for the first time and 16 when the cancer returned. I was 17 when she was given a terminal diagnosis and two months shy of 18 when she died.

Abbie was present for every wave of this bitter cycle—although my mum having cancer became such a fact of life that we rarely discussed it. The only time we expressed emotion to one another was the first time I saw her after my mum’s terminal diagnosis. She simply said, “Let me give you a hug,” and we held each other tightly, exchanging unspoken feelings through our grip.

In the years that followed, my grief ebbed and flowed. I kept my emotions hidden under the surface, never wanting to let on that I was hurting, but Abbie was steadfastly there whenever I needed her. And then, nearly five years after my mum died, Mary became ill and the roles were reversed. Suddenly, Abbie was the one getting a direct lesson in cancer’s cruelty whilst I stood helplessly on the sidelines.

It is testament to Abbie’s caring nature as a friend that she didn’t tell me her mum was ill straight away, not wanting to unnecessarily stir up unwanted memories for me. I was vaguely aware that Mary was going for tests and doctor’s appointments, but the word cancer wasn’t mentioned until her diagnosis was confirmed.

When I was finally told the news, a part of me felt terrified. Abbie’s parents had been separated most of her life, and her mum was her whole world. The thought of Abbie without Mary was impossible to comprehend.

But simultaneously, I felt like the diagnosis was no big deal. Mary would need six weeks of radiotherapy—but so what? My mum went through years of it. Mary’s treatment wouldn’t make her lose her hair as my mum had. Abbie’s mum had early-stage cancer in one part of her body, whereas my mum’s cancer spread over the years like a vine strangling a tree trunk, fighting with even more ferocity the more you cut it back. The resentful part of me, embittered by years of unexpressed grief, felt like what Abbie was going through—and the sympathy she was receiving for it—was like child’s play compared to what had happened to me.

I didn’t consciously process these emotions at the time, instead focussing on what little I could do to help. I brought them the newspaper every day and sat and chatted with Abbie on her doorstep. I made her the most extravagant decorations and cake for her 22nd birthday, which we ate in her garden together with Emily. When I left the country a few weeks later, I sent frequent packages in attempts to cheer her up.

“”
Did she feel like she couldn’t be truly sad because her mum being ill didn’t compare to my mum dying?

When I finally arrived home at Christmas time, Abbie met me on the train platform, and our two families joined together as much as COVID restrictions allowed. Mary and Abbie both talked about their relief that the cancer was gone. I tried to share in their joy, but my congratulations were laced with fear. I was unable to comprehend that cancer could ever truly disappear.

I should have been the perfect friend to support Abbie, having directly experienced what she was going through. But I began to realize that my past grief was overshadowing her present-day pain.

Did she feel like she couldn’t be truly sad because her mum being ill didn’t compare to my mum dying? Did she ever notice that my reactions to parts of her journey seemed forced, or unnatural, or out of place with what she would have expected from her closest friend? Did she feel as supported as she should have by someone who knows exactly how painful it is to watch your parent become a vulnerable patient in front of your eyes?

I wish I had more control over how my mind reacted, but my thoughts in relation to cancer have become twisted by my mum’s years of unsuccessful treatment. I’ll continue to hide my pessimism from Abbie, not letting on that I’m just waiting for the moment when she tells me the whole horrific process for Mary will have to start again. Until that happens, I really hope that I’ll be proved wrong.