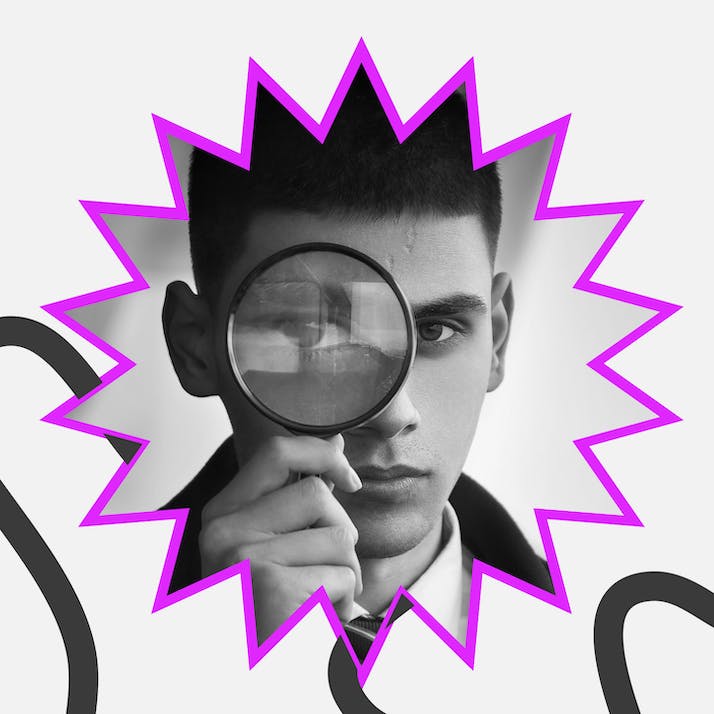 Detective Therapy: How Podcasting About an Unknown Comedian Changed My Life

When an historian told me about a long-forgotten '60s comedian, I became obsessed with discovering his real story.

In 2011, at the start of a boom, I started my own podcast. Plenty of people had already established themselves in this space, and many popular shows with celebrity hosts wouldn’t begin until much later. Eleven years ago, however, you didn’t need a theme for your podcast to set it apart—you just needed to be funny.

I’d been doing comedy for years, recording just about everything I did, but I assumed that the world didn’t want to hear undeveloped comedy (I’ve since been proven wrong 10,000-fold). Still, I didn’t have to think for long to decide what my show would be about. Not only did my two best friends, Dan and Mike, grow up doing comedy as a group with me, but we listened to comedy records together, mostly on cassette tapes and many on vinyl. I decided that’s where I’d start (and likely end) my podcasting career: vinyl records.

I spent the first year or so becoming an increasingly voracious comedy album collector, building up the guts to speak with some of my heroes. I could end this here and tell you that I recently interviewed my white whale, the comedian at least partially responsible for my friendship with Dan, as the show’s final episode. The thing is, though this episode was massive for me, it didn’t change my life or why I podcast. It would take a genuine mystery to do that.

My Friend Went Missing and I Started Sleuthing

This mystery had many stops and starts. I first interviewed a comedy historian about a stand-up whose true story was almost entirely unknown. He was a white guy from Arkansas who did race-positive humor in the ’60s, and that was about all anyone knew about him. I soon became obsessed with finding out why he had disappeared, but within a couple of weeks of research during my day job, I threw up my hands. I didn’t know where to start.

Over the next three years, I’d publish my second book, sell my first movie and make hundreds more podcasts. The latter was an absolute compulsion, the easiest and quickest way I’d felt like I’d created something. I was churning out discussions and rarely editing (I didn’t need to since my guest would discuss liking a specific record). Then, in early 2018, amidst the normal blur of back-and-forth emails with comedians’ agents, I got a message that had nothing to do with comedy records.

Mike had just been reported as missing. In fact, he’d been missing a few months after I’d first heard of this unknown comic. I spent the next few weeks in a fugue, searching not as someone with the fervent, distracted interest of a guy who didn’t care about his day job but with the passion of someone who didn’t want to believe the worst. I hunted down every lead I could online, doing the best near-forensic work I was capable of. I analyzed photos of this and that and checked out social media that might hold clues, desperately hoping to get in touch with Mike, to find out where he’d gone to and why he’d cut off contact with everyone.

I didn’t entirely process my guilt over our mutual lack of correspondence; instead, I turned it into dread. Mike was the reason I’d become a director. He taught me the joy of telling childish jokes well past childhood. He reminded me to find the absurd in everything; I think he would appreciate knowing that I accidentally walked a few miles out of my way to go grieve at a bowling alley the following week.

“”
My friend was no longer missing. He’d been found, just not at all in the way we’d hoped.

A few months later, we got the news that Mike’s remains had been found buried on his own property. I collapsed in on myself, unable to do much for my own good or those around me. There was no more searching to do to try and keep my soul afloat. My friend was no longer missing. He’d been found, just not at all in the way we’d hoped. It was no longer a mystery.

Shortly after, I started a miniseries on the podcast interviewing the family members of album creators who were no longer with us. This was my effort to start using the show to tell the stories behind these records. These were mini-mysteries that could be solved in the room. In the quest to make busy work for a trauma-addled brain, I was satisfying the need for something good to come from loss. No one else was going to tell these stories if I hadn’t called them up to talk.

Still, these were not much different than other podcasts. They were fun discussions about people who were almost lost to time. I wasn’t processing my need for them yet. Toward the end of the year, though, something suddenly clicked. I thought back to my hayseed in a needle stack, wondering if my skills in finding these other obscure names might help me find this country comedian.

The worst that could happen was finding zero leads on this comic. The best I could hope for was that he’d be alive, want to speak with me and tell me his whole life story. He became an even stronger obsession than the search for my lost friend; there was no way I could be in denial about whatever was at the end of this tunnel. As for podcasts, this time the journey would have to be the episode, regardless of the outcome.

I recorded what I did every step of the way, including my phone calls, and read newspaper clippings out loud. I kept writing physical letters to people who shared the comic’s stage name. I abused free trials to research websites (which only help you when the information you have is accurate to begin with) and kept coming up empty. I’d even found some information that told me this Arkansas comic was actually the son of a rabbi from New York City. But even then, no one knew his real name.

One website said (in small print that I almost missed) that one potential name “may go by” the very stage name I had been searching for. It was too simple to be true, but I dug further. I found a brother, but I had to write another physical letter and wait for one back. It never came.

Fortunately, though, I did get a phone call. The comic had passed away, but his family remembered him fondly. When I said earlier that the journey would have to be the story, I meant it. Even if the journey had sucked, I still would have published it. This phone call led me to finalize a script, something I’d never needed to write for a podcast.

I included many interviews in this episode, but it primarily contained narration and royalty-free music to serve the story. I took years of album and film editing and used them to express my love for comedy and my passion for untold stories at the same time.

“”
They brought tears to my eyes.

The Mystery Comic Now Plays a Crucial Role in My Work

It wasn’t obvious then, but Mike was part of the reason I had even learned to edit. Now he’d become the reason I had to edit, even if the story wasn’t his. The comic’s family loved it, especially his niece, who shares a name with Mike’s mom. She recently found two unreleased records of his, from his early days, which an archivist friend of mine digitized and cleaned up. They brought tears to my eyes. Not from laughter—funny as they were—but from knowing his story hadn’t ended.

Archiving the lives and works of unknown comics is now my passion, even though I’ve ended the show. I’ve started searching for other comics to research, all in the name of preserving laughter, art and toil. As I write this, I’m helping to put together the Arkansas comic’s first vinyl release in over 50 years, working as his estate archivist and researching a book on his life, despite never having met the man.

All this effort has made me realize I have more stories in me and more to find. I continue to search for the next comedy mystery to explore, in honor of the comic, my late friend and my own sanity.