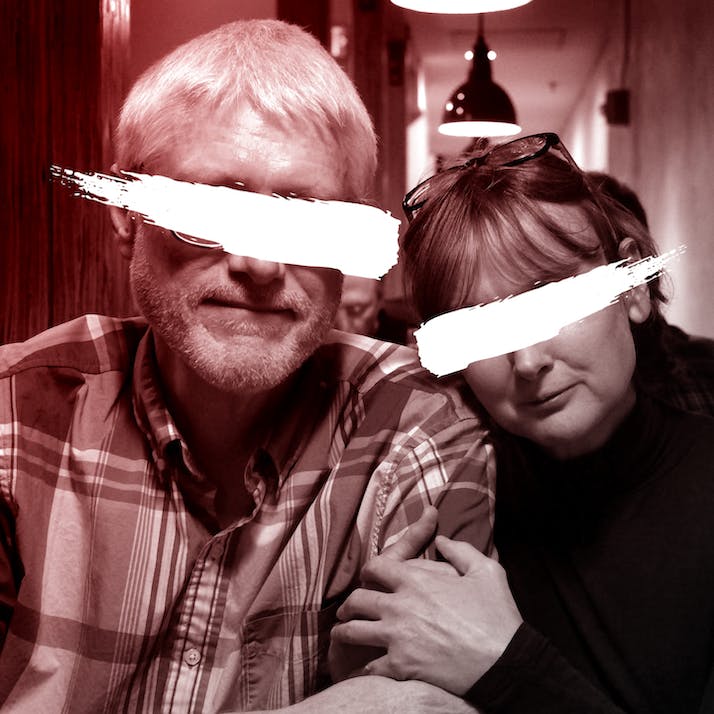 Dear Parents: I Love You but Don't Like You

Now that I’m an adult, I share nothing in common with my parents.

Relationships with any parent or guardian are difficult. There are so many reasons to fall out: differences in opinions, double standards, lack of understanding. It's natural.

As we get older, we begin to appreciate our parents’ decisions more. We now see where the dangers were or why something may not have been appropriate. We sometimes even end up being exactly like our parents. But as I got older and began looking back on my childhood, I didn't appreciate my parents more. I started resenting them. Then, I moved halfway across the world to get away from them.

“”
I moved halfway across the world to get away from them.

As a child, I thought I was pretty mellow, and if my parents said no to something, fuck it, they said no. I really couldn't waste time arguing, and the ratio of yes to no was usually in my favor. In hindsight, I realized that the reason there were so few arguments was that I was too scared to challenge them, and anything I did ask for was met with, “If you want it, you need to work hard for it.”

For example, when I was 14, I badly wanted my belly button pierced. But to get that piercing, I had to work my ass off in math for a year and get promoted to a higher class. In the U.K., we combine all mathematics into one subject. We are also placed into groups depending on our ability. I was in the second group, and my dad couldn't stand it. As terrible as I was at math, the second group was something I thought I could be proud of. So I only asked for something that I knew I deeply wanted and prepared myself for months of hard work.

As a general rule, if I wasn't performing at my best and obeying orders, I was a massive disappointment, and there was no reason for reward. My success and discipline saw my parents commended for their top-notch parenting. Little did they know that 10 years down the line, I would be living with anxiety, have a crippling need to please people and never fully commit to something because I was a perfectionist and too scared to fail.

Don't get me wrong, this type of parenting isn't unusual. I guess it was the standard at that time. And to add a layer of confusion to my childhood, my parents are lovely people. Mom loved good gossip and going shopping. Dad loved that I wasn't a girly girl and had an adventurous side. I happily told anyone who would listen that my parents were awesome. They were young; they were social; and they were fashionable. I was always physically safe, and there was always food to eat. We did fun things together. There are millions of people who dream of having parents like mine, which is why I love them.

But now that I'm older, I realize I really don't like them. I no longer enjoy spending time with them. I keep my life separate from them because I can't deal with their judgment or opinions. I try to spend as little time with them as possible. Our values and norms are just too different now.

“”
I try to spend as little time with them as possible.

My parents are only 16 years older than me. So I think our disconnect is less of a generational thing and more a result of their upbringing combined with mine and some resentment because my life is easier than theirs.

Mom had two sisters and lived in a very traditional setting. Dad grew up with five other siblings in Belfast in the 1980s with a very Catholic mother. Between them, they have a lot of unresolved issues and childhood trauma. They also grew up when emotional trauma was not discussed or treated. Today, we have a relationship where 95 percent of our conversations end in arguments.

These arguments are either because my mom is too passive and lets my dad and younger brother walk all over her (my dad is a sexist fuck) or they refuse to see any other viewpoint. Our most recent falling out happened because my dad didn't want to hire a female dog trainer. Heaven forbid a specialist and trained woman should advise him on how to teach his German shepherd to heel.

Being a woman trying to succeed in a male-dominated industry myself, this irked me and made me rethink my childhood chores and responsibilities. It turns out, my parents enforced the stereotypical gender norms in our house to the point where they still expect me to do my brother's laundry when he comes to visit—which he only does when he's in the city for a concert or rave. My TV time was even given to my brother because, as my father would say, “There must be more important things for you to do, like help your mother around the house.” Yes, at 13 years old, I should be spending my downtime helping with the laundry or finding more homework.

I Wish I Could Spend Time With My Parents, but They Refuse to Accept Me

They constantly belittled my career, referring to my freelancing as “not a proper job” and refusing to believe that I worked hard because I spend most of the day in my pajamas or sweats. They think because I had one bad relationship and lost some money in the split, I’m a bad decision maker and terrible at looking after myself. They absolutely refuse to sympathize or even try to relate to me. They love telling me how proud they are of my brother for joining the military and buying his first house at 23.

They lie when people ask them what I do for a living. In their world, I am not a digital content strategist and creator; I am working in the marketing department of some company. They practically died of happiness when they thought I moved back to the U.K. because I failed to live in Dubai—I didn't; I just got sick of living there. The spring and summer months were getting far too long and hot.

They think being a parent is transactional and always find the time to tell me that I owe them a holiday home and expect extravagant gifts “for all the things [they've] done” for me. They certainly contributed to the person I am today. I'm just not sure I'm thankful for it. They made me; then, I had to unmake me.

Now they don't get me.

I'm stuck. I feel guilty for not spending time with my parents because I might regret it when they pass, but I’m actively doing everything I can to avoid them because I despise every conversation I have with them. Parents: the pioneers of difficult and confusing relationships. Of course, I’d love to have a relationship with them. I’d love nothing more than for them to be a part of my life because quite frankly, my life is epic. Just not at the expense of my well-being.

One of the reasons I love my life is because of the boundaries I created. Letting them in just because they’re my parents is not a good enough reason. Sadly, I don’t see them resolving their issues or changing their perspectives anytime soon. But hopefully, they start to see how happy I am, and instead of being jealous or judgmental, they accept what is and finally tell me they’re proud of me.