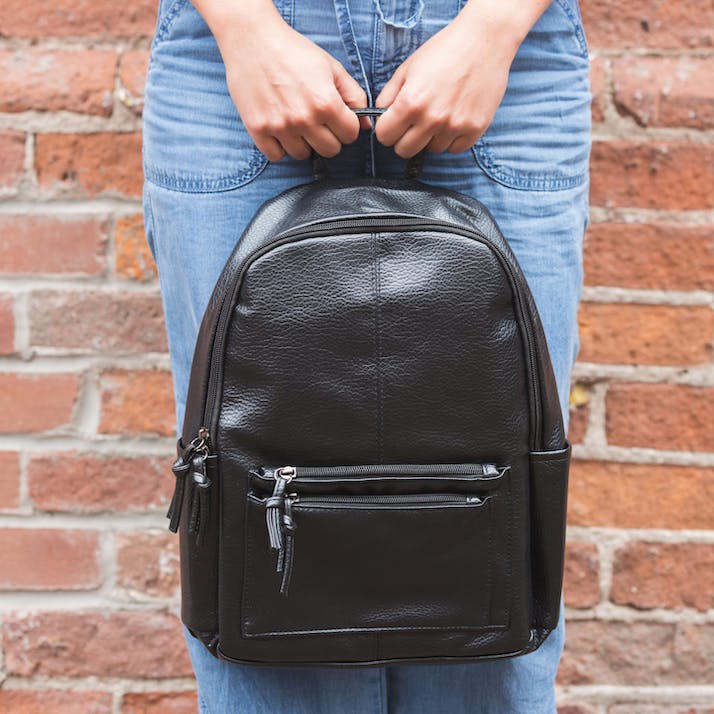 My Daughter Refuses to Go to School

I want her to have the college experience, but not at the cost of her mental health.

“But you want to go to college, right?” I asked my daughter.

Somewhere, my ancestors quietly exploded in indignation. Ghostly fingers may have wagged. Ghostly harrumphs may have been harrumphed.

Not all Jewish families are obsessed with education in a stereotypical Jewish manner, but mine certainly was. My maternal grandfather took advantage of the GI bill to study engineering and law and became a very successful patent attorney. My father’s family sent him to lots and lots of school, so he ended up with a history Ph.D. My generation was also expected to do lots of schooling and do it well. I was valedictorian of my high school class. My brother was “only” third in his year but went on to get a Ph.D. of his own, while I was a relatively disappointing grad school dropout (I got a master’s). My cousin is the one person in our immediate family not to finish college; she’s a successful television and film producer, and my parents haven’t really ever forgiven her.

Education; we were good at it. The ancestral ashes set up a ragged cheer at our accomplishments before going back to study for whatever degrees you can get when you’re dead.

School Is Not the Slightest Bit Stimulating for My Daughter

At first, our daughter seemed to be well on her way to similar academic overachievement and ghostly accolades. She started reading in line with developmental milestones and didn’t stop. She blew through YA and science-fiction novels, declared Moby Dick her favorite book in middle school and, by high school, had moved on to light reading like Foucault’s The History of Sexuality, Ernst Kantorowicz’s The King’s Two Bodies and Donna Haraway’s Primate Visions. She was so far ahead of her class in school that she barely needed to pay attention to get As and Bs. She told her AP Government teacher he was an ignorant stooge whenever he called on her. So he stopped calling on her.

You probably noticed that, somewhere in that paragraph, the educational march of progress went subtly awry.

Our daughter is thoroughly bored in school. So bored that being in school fills her with despair and misery. So bored that, in fact, she occasionally has literal panic attacks because she feels like her life is passing her by and that the teachers and administration are deliberately wasting her time. So bored that it’s almost impossible to get her up in the morning without the dire threat of her father coming downstairs and briefly existing in her room. (This is, apparently, a humiliation barely to be born.)

That makes it sound like we’ve been fighting our daughter to get her to school. And certainly, there’s an impulse to do that. All those ancestors in general, and my parents in particular, have been telling me my whole life that school is the vital path to life success and virtue. You go to school; you do well in school; you go to more school and do well there; and then you come out with success and happiness. That’s how life is supposed to work. As a parent, therefore, your primary job is to get the kid in the classroom.

I Prioritize My Daughter's Mental Health Over Her Schooling

School is certainly important. Among other things, there are legal consequences if your child doesn’t show up. But your child’s mental and physical health is important, too. The isolation, fear and anxiety during the pandemic have made that clear, if we hadn’t been aware of it already.

Remote learning was a nightmare. Zoom classes badly exacerbated our daughter’s anxiety and dysphoria. This year, we kept our daughter home during the worst of the Omicron spike because we wanted to prevent her from getting sick, even though the government and school administration didn’t seem to care. And when she says she is so depressed she can’t face going into school, I tend to let her sleep in. I’d rather have a happy, healthy kid who isn’t at school than a miserable, anxious, depressed one sitting in class not learning anything useful about the U.S. government.

We’re not fighting with our daughter to get her to school so much as we’re all trying to figure out a way to stagger over the finish line to graduation with as little damage to her mental health as possible. If that means missing a few days or coming in late or leaving early—well, you do what you have to.

“”
We’re not fighting with our daughter to get her to school so much as we’re all trying to figure out a way to stagger over the finish line to graduation.

My Daughter's Education Was an Impediment to Her Learning

“What you have to” may include not sending her to college if she doesn’t want to go to college. She’s a talented actor and playwright and has applied to a bunch of theater schools. But at this point, she’s so burned out and sick of the classroom that she’s not exactly looking forward to it. She’s got a number of opportunities lined up, so she’s going to take a gap year and see where her career goes.

When you do the normal, expected thing in line with your ancestor’s expectations, it’s nerve-racking to watch your child seriously contemplate going full artsy-fartsy. You think about all the opportunities she may miss out on without a college degree. Will she be able to get a job? What happens if, at some point, she wants to teach theater and doesn’t have the credentials? What happens if the theater career doesn’t work out?

But there are also options she’ll miss out on if she goes to school. And spending another four years in a classroom learning the ins and outs of misery doesn’t sound great either. Education should be a means to do what you want to do with your life, not a barrier to doing it. I know my grandfather would disapprove. I know my parents will be horrified (my wife laughed somewhat hysterically at what they’d say if our daughter tells them she’s not going to college). But not everyone wants to be a patent attorney. And what’s the point of learning and learning and learning if you never learn how to be happy?

I’m proud my daughter knows what she wants to do and what she doesn’t and isn’t afraid to tell us which is which. I just wish that having gotten what she has to get out of high school, she could stop. But that’s not how it works. A few more months to go before she’s free to defy the ancestors and their spectral grumbling and starts to live. And learn, too.