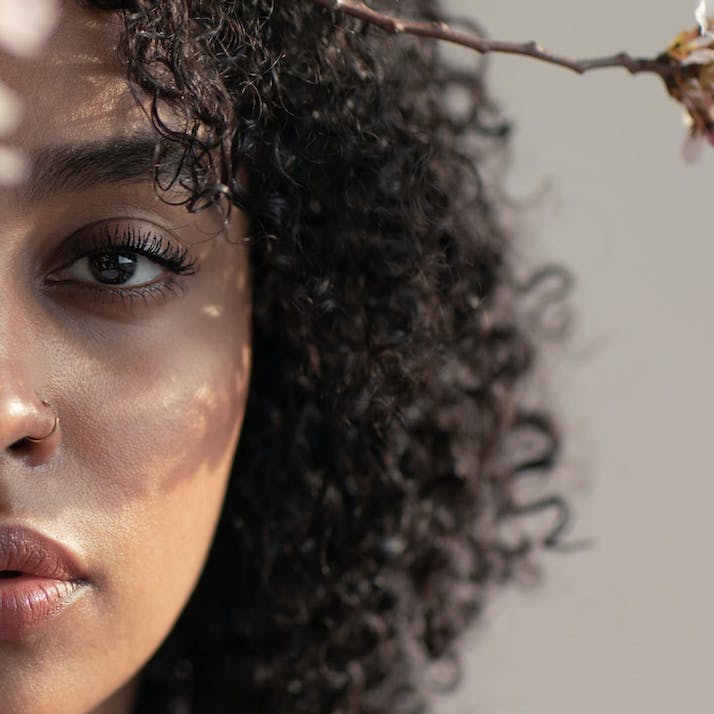 Being the Mistress's Daughter Makes Me an Outsider in My Family

Once I learned about my parents' history, the splintered relationships around me made more sense.

I am the daughter of a mistress.

Nothing prepares you for the gravity of this realization, especially when you find out as a child.

For the most part, and on a surface level, my childhood was pretty great. I had a brother and two sisters and dogs. It was an idyllic life—so idyllic that I never really gave much thought to how my siblings came to be. In my small and unevolved mind, we were the byproducts of my parents. I believed my mom was their biological mother and my dad was their biological dad.

I’ll never forget the day that all changed. I was about 7 years old. During our scheduled break in primary school, conversations in our class group turned to our birthdays and those of our siblings. When it got to my turn, I proudly and happily told everyone. But my classmate quickly noticed that my siblings and I were too close in age to be blood-related and told me so.

He proceeded to grill me in front of the others and called me a liar. I was livid. I didn’t want to believe him. Still, I couldn't shake the uncomfortable feeling that he was right. For some time before that encounter, certain things had happened that led these questions to take root. I had wondered why their skin was fair but mine was dark or why my extended family was hostile toward me or why my brother and sisters always kept me at arm's length. These questions constantly played in my mind.

In many ways, finding out that my brother and sisters were my half-siblings lifted the veil. Things that I had ignored and neatly tucked away in my mind began to resurface. From that moment, it felt like the existing chasm that I was once blinded by in my family became apparent. All of a sudden, I began to understand why, underneath it all, I had always felt like an outsider in my family.

“”
When I found out, I wanted to confront my parents, but I didn’t dare.

I Couldn’t Confront My Parents About Their Secret History

Before my mother, my dad was married to a woman from the same ethnic group. They had three children: a boy and two girls. Somewhere along the line, he met my mother, who had a different ethnicity than him. They fell in love and began a relationship that eventually led to marriage. At that time, tribalism was a big deal, so marrying a person of a different race wasn't encouraged and, naturally, my dad's family had issues with the whole thing.

While the details surrounding his first marriage—or how he ended up with sole custody of the kids—are murky at best, my parents did everything in their power to raise us as one big happy family. Truth be told, I don’t even remember how I met my siblings. Still, I was happy to live in this particular harmonious reality. But like with all things, life had other plans. When I found out the truth about my siblings, I was angry. I was angry because it became clear as day that my mother was the other woman. Even as a child, I understood what that meant, and I felt shame.

When I found out, I wanted to confront my parents, but I didn’t dare. For one, I was a child. And two, I was a child of African parents growing up in an African home, where you dared not question your parents. Besides, how do you bring up the topic of your mother being a mistress? To this day, my dad has never outright said his children were my half-siblings or acknowledged his past or the coldness of his family toward me and my mom. Still, my mom, in her own way, has dropped hints about what we were.

Looking back, the cracks were always there. Like the time I was called dark and ugly by my aunt or the time I was hauled off in the middle of the night from my grandparents' house in the village to stay in a roach-infested hotel.

Back then, I didn’t fully understand what was happening, but as I got older, my mother filled in the blanks. In one of the limited bonding sessions we had, she told me what really happened that night. The story goes that we left the village because of a huge blowup between my dad and his family. Knowing that we would be visiting, they had brought another woman from the same ethnic group for him to marry. But he refused to budge from his decision to marry my mother.

Instead, he cut off his family and we ended up in a hotel. Eventually, they reconciled, but I have never felt welcomed. I watched as my dad's family accepted my other siblings, showering them with affection, while largely ignoring me and giving me the cold shoulder. I never got to experience their generosity, and try as I might to have a relationship with my aunts, uncles and grandparents, I was greeted with the air of “know your place.”

What's worse was that the distance I felt with my extended family had begun to take root with my brother and sisters. Between them was a palpable love and understanding, full of inside jokes and a sense of togetherness. But those feelings were never extended to me. I was jealous and desperately wanted to be a part of their crew, but I always felt shut out and was effectively told that I wasn’t a part of them.

Perhaps this is why my mother was so hard on me. I never understood why, as a teen, she would harp on about how I had to work hard because eyes were on me, judging me. I got the feeling that any misstep on my part reflected on her. If I was a good child, I would be accepted. I didn't have the luxury of making a mistake. I had to be perfect, and if I wasn't, I had to put up the appearance of being perfect. Years later, I now understand that this was her fucked up way of proving she belonged in the family.

“”
I was called dark and ugly by my aunt.

While I love my parents, I hate what they did because affairs are never simple. They leave broken families, mistrust and anger in their wake. But most of all, they are a cowardly way out with consequences that can’t be ignored. What's more, my parents’ determined silence on the whole thing pisses me off. Whenever I try to broach the subject, I am shut down. I am fed crumbs that never nourish or satisfy my inquiries. Save for a few revelations here and there on my mother's part, I have nothing.

This incessant desire on their part to keep a faux-united front has led to splintered relationships. Their reluctance to talk about what happened led to one of my sisters wanting nothing to do with me and my mom. Even though we were never close, her decision hurt. Still, I understand why she did it and can’t blame her. As for my other siblings, I have accepted that I will never fully be part of their lives in the way they are with each other, so I accept the relationship we have now.

As for the rest of my extended family, I have made the decision to sever our relationships. I was tired of their hateful, vindictive nature and their thinly veiled threats. Coming to terms with this decision was hard, but in all honesty, I was tired of fighting to be seen and accepted, especially by people who did not want to see or accept me. And while family is great, it isn't worth sacrificing my self-worth in order to be accepted.