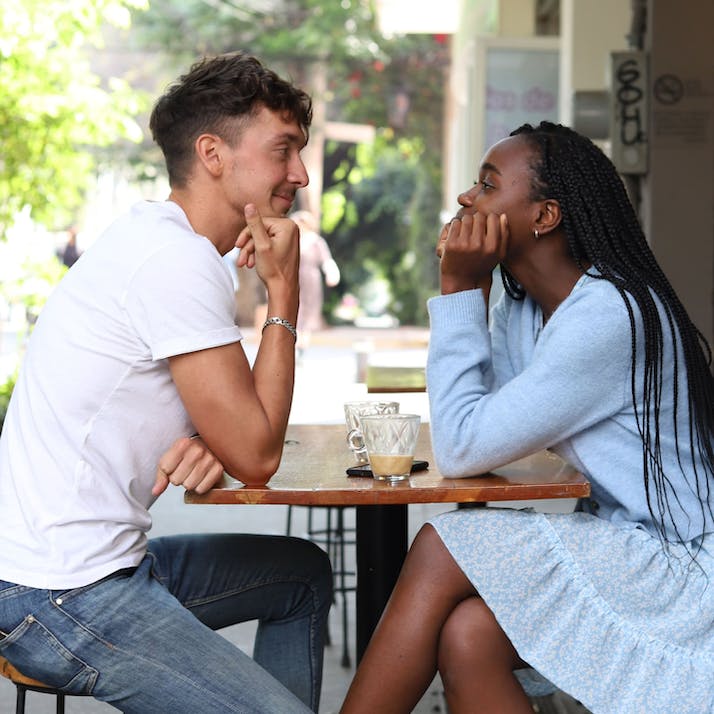 I was diagnosed six years ago. Being honest about my status has been freeing.

Back in college, my friend and I once joked that if we got herpes, we would just kill ourselves. All I knew about herpes at the time was that it was incurable and that there was a huge stigma around it. I thought that if I was ever diagnosed, my dating life would be over, but I thought I would never have to worry about it because it was one of those things that happens to other people, not to me. So when I was diagnosed with herpes six years ago, all of the judgment that I had about it and those people was all turned 180 degrees back on myself.

“”
My heart sank. This was not happening.

I Was Scared and Hurt After I Got My Diagnosis

I got infected without knowing it; the person who gave it to me did not disclose it. When I got my first outbreak, I thought it might be razor burn. But then I went to my doctor, and she took one look at it and asked me, “Have you ever had herpes?” My heart sank. This was not happening. Several days later, I was at work when I got the call about my results and broke down in tears. I was devastated.

By the time my outbreak happened and I was diagnosed, I was in a relationship with a new person. He was very supportive and told me he wanted to stay together. And even though he might not have been the perfect person for me, I stayed with him for about a year and a half. I think I was too scared to try to date anyone else. I thought there was something terribly wrong with me, so I should be grateful there was someone who wanted me and I settled for it.

We weren't always the safest when it came to sex, especially when I was first diagnosed. I'm pretty sure we stupidly did it while I was having my first outbreak. So although I started taking the antivirals to decrease viral shedding and prevent transmission, he did end up getting it a few months later.

Herpes is confusing. For some people, it can take a few months after being infected to pop up. Some people are asymptomatic, and they go their whole life without ever having symptoms. We don’t know what levels of the virus make it possible to transmit and what’s safe—a blood test can tell if you have been exposed to the virus but not if you are actively shedding the virus on your skin, which is how it actually gets transmitted.

From a doctor's point of view, it's not that big of a deal at all—it's a skin condition. There are a few exceptions: babies contracting it when they pass through the birth canal and complications in immunocompromised individuals. But for most people, the stigma is worse than the actual symptoms. Because of this, there is not as much research and understanding around this disease as there is around other more life-threatening diseases. This is, of course, understandable but still frustrating. There is no medication that I can take that will guarantee that I won’t transmit it, and there isn’t a medication that someone can take that will guarantee that they won’t contract it. And for this reason, it’s a deal-breaker for a lot of people. This is completely understandable; it probably would have been for me if I had been given the choice.

I’ve Had to Date Long Distance

Once my boyfriend and I broke up, I tried going on dating apps. I wanted to be upfront with people about it because I wasn’t given that luxury. I had some experiences with people becoming completely uninterested in me after I told them, which was really painful. I thought to myself, “They should have a dating site for people with this,” and so when I found one, it was a huge relief. I thought it might be a silver lining, that I could meet someone else who had it, and we could take this bad thing and make something good out of it.

But because there weren’t as many people on that site, I ended up having to go outside of my area to find people who I liked. I ended up in a few long-distance relationships over the years, which was always difficult in its own way. But in each case, we both had given up on finding anyone in our cities, so we made the extra effort. It’s not just about having that initial conversation with the person. For me, since I was still having outbreaks and not tolerating the medication (it was giving me yeast infections), it was so much less stressful than dating someone who doesn’t have it. I would occasionally try Bumble and Hinge but would always go back to PositiveSingles. Even if I met someone who was OK with it, I often wasn't. The stress of maybe giving it to them was too great. At one point, I even remember resolving that I would never date someone who doesn’t have it.

Maybe I just got unlucky, but I always seemed to find people who knew so little about herpes. I would end up having to educate them and could always feel their judgment coming through in the type of questions that they asked. It was hurtful, but I always thought about how I would have probably had a similar reaction and asked similar questions before I was diagnosed. People should be having these kinds of conversations before they get into bed, but it never seems to happen; I’m always the one who brings it up. A couple of times when I have, the guy has said that he has it too. On one hand, it’s a relief, but on the other hand, it’s a red flag because it was clear that he was not going to tell me.

“”
Even if I met someone who was OK with it, I often wasn't.

I’m Open About My Status to Destigmatize Herpes

I had a patient with it and, one day, she asked me why I was dating someone so far away. I told her that I also have herpes and have had a hard time dating locally. She was basically like, “Bitch, please, everyone in L.A. has it,” and said being open about it with partners has never been an issue for her. Maybe I just felt more shame and angst over it, and the more you feel something like that, the more you attract that same energy. Once I started feeling more comfortable with it, I feel like I started having fewer outbreaks and attracting people who it wasn’t an issue for either.

Right now, I'm actually dating someone who doesn't have it. Once I realized I liked him, I started taking the antivirals. I hadn’t had an outbreak in six months, so the first time we hooked up, I didn’t feel ready to tell him and I knew that everything we did was super safe. Because it’s transmitted by skin-to-skin friction, the location of the outbreaks is important, so I’ve learned what’s safe for me. I was scared that once I told him, he would become uninterested or treat me differently or ask a bunch of uncomfortable questions. He seemed surprised, but it didn’t change the way he felt about me. If anything, I feel like I was the one who started acting differently because of all my own insecurities and issues with it in the past. But now we’ve worked through all that.

At this point, I feel like I've come a long way and processed a lot of the shame and guilt I had at first. Over the years, I have become more and more open about it with friends and family. At this point, everyone knows: My parents know, my sister and my brother-in-law and all of my friends know. When I share, I feel like I am helping myself process and heal and also doing my part to destigmatize it. This is why my biggest advice for anyone trying to date with herpes is to be open about it. I've met so many guys on the STD sites who have it and literally no one knows—not their family, not their friends, no one in their inner circle—so they're carrying it all by themselves and not knowing that people will love and accept them with it. Get your therapy and open up to your friends because you never know—they might have it too.