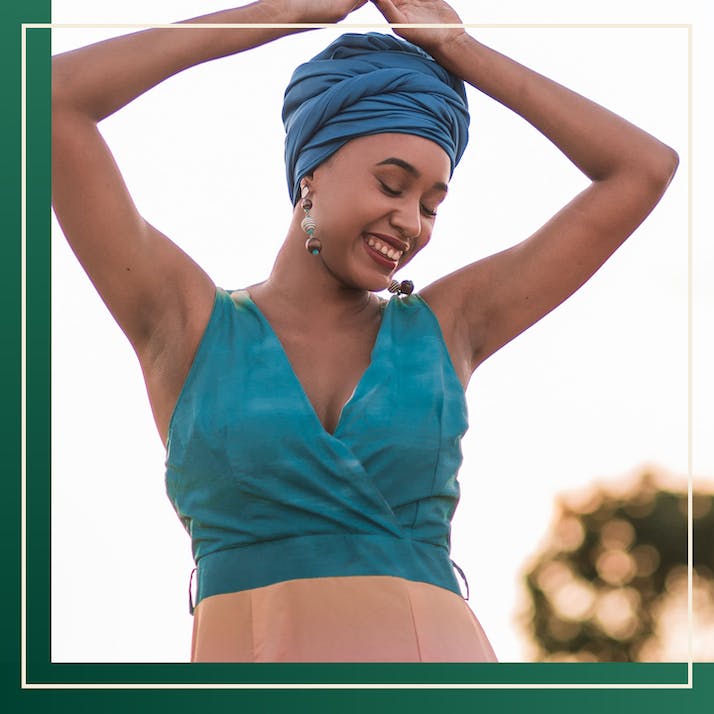 Dancing in the Street: How Solo Travel Reintroduced Me to Myself

At a low point in my life, I mustered the courage to trek outside my time zone and refound my inner joy.

I’d always heard that traveling, especially alone, was one of the best ways to learn about yourself and the world around you. Each time I heard it as a teenager, I rolled my eyes because I couldn’t possibly imagine what traveling could teach me that I didn’t already know about myself. I mean, come on, what could flying hours away from home teach me anything more than just how much I would rather be sitting in my room? Did I need to spend a few hundred dollars that I didn’t have?

The beginning of 2017 was rough for me, and I remember feeling like the world around me was falling apart more each day. I’d just gotten out of a long-term relationship in which I had consistently given up parts of who I was to make someone else happy; my parents were getting divorced; and I was a 20-something full-time university student who worked three jobs just to keep the lights on. I was constantly confused as to why I still had no money. Everything felt mundane, and I was fading away; each time I took a step forward, it felt like I was getting knocked three steps backward.

In May of that year, however, I found an opportunity in Los Angeles to speak at a convention. I’d never been to California, much less on my own. Heck, I’d never even left the East Coast before. I didn’t know how I would afford anything, but none of that mattered at the moment. I decided that I was going to see if solo travel was worth all the hype. Was I going to learn more about myself? Was my life going to change? I had some friends who I knew from similar spaces online who I knew were going to the same event, and everyone in my life told me how important it was that I took a chance.

“”
I decided that I owed myself the chance to step outside of my comfort zone.

At the Airport, I Realized I Was in Control of My Life

I couldn’t stop imagining every worst possible scenario: What if I didn’t have enough money? How was I going to survive 10 days on my own in a place I’d never been before? After a ton of internal convincing, I decided that I owed myself the chance to step outside of my comfort zone; I enrolled in summer school, and I used the student loan payments to book a flight and hotel. It was a risky option, but I wouldn’t change a thing—even if I did accidentally fail a class by submitting an assignment late because of the three-hour time zone difference.

The moment that I landed at LAX, I expected a “Party in the U.S.A.” type of moment, hopping off the plane with a cardigan in one hand and a head full of dreams. Instead, I was scared because, as I waited on the curb at Terminal 6 for an Uber, it all became real. I was on my own; I was in the driver's seat, and I could take the scenic route if I wanted to. I didn’t have to ask anyone for permission to simply exist or be myself. I wasn’t constantly wondering what other people thought. I was living, and it felt amazing.

I found liberty in going to restaurants on my own and making the last-minute decision to hop on a bus for six hours to San Francisco because I’d never been. What surprised me most about this trip was how carefree the experience was. At home, I felt stuck being someone who was extremely to myself, almost like I’d just accepted the monotony of student life. But while I was traveling, I found myself dancing to Ariana Grande’s greatest hits at Fisherman’s Wharf as strangers stared; I’d probably never see them again, so why should I let their stares stop me from dancing in an incredibly awkward way?

“”
For the first time in my life, I didn’t care what anyone thought about me, and it changed my life.

The Trip Helped Me Shed Old Fears and Worries

For the first time in my life, I didn’t care what anyone thought about me, and it changed my life by teaching me one of the most important lessons: People aren’t spending nearly as much time focusing on what I’m doing as I thought. I kept reminding myself that life simply was too short, and I was allowed to do anything that made me feel a sense of joy. Without knowing it, I was saying goodbye to an old version of myself and meeting who I was destined to become—someone who dances in the streets waiting for the walk sign to change simply because I’m happy.

Every uncoordinated flair of my body through the crisp air felt like I was shaking off a shell that no longer fit. Now dancing in the streets while listening to music is something I’ll never stop doing because it reminds me that regardless of what’s going on in life, there’s always time to do something that brings joy, even if there are a few occasional stares. Other people may not understand, but they don’t have to; the things that bring me joy in life don’t have to make sense to those around me.

I learned that traveling alone did change my life. Not in the way that I expected but in every way that I needed.