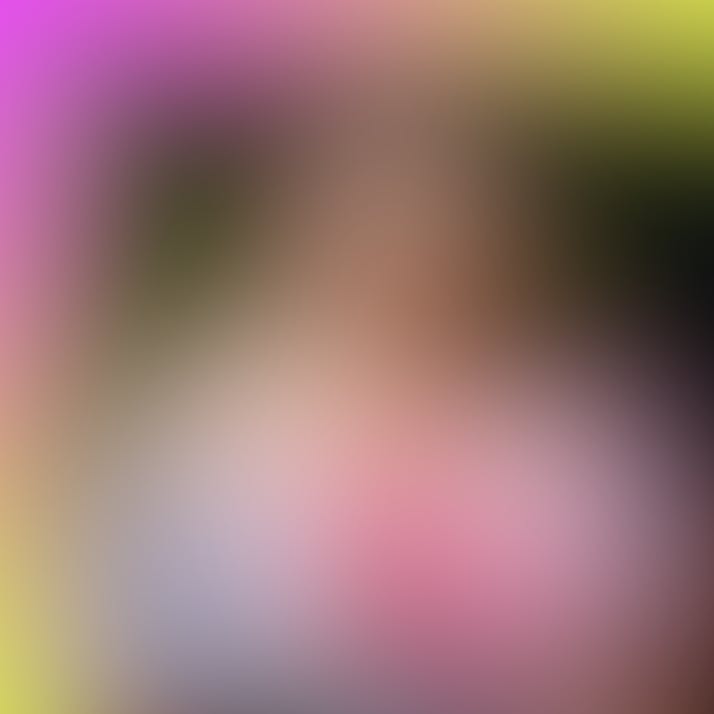 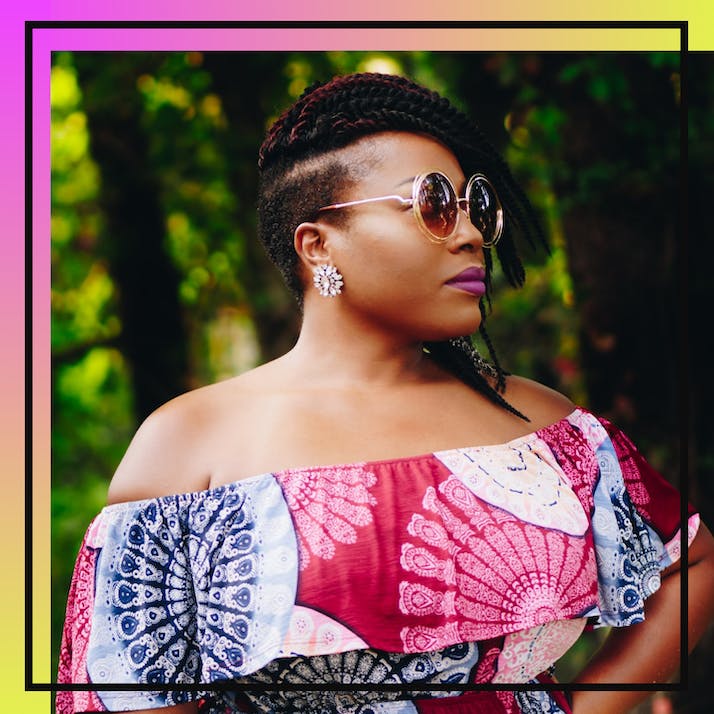 Being a Curve Model Taught Me to Love How I Look

Modeling was just another crazy daydream—until it changed my life.

I’ve always been a bigger girl. I came out of the womb just shy of 9 pounds. That’s a normal birth weight, but my mom still argues that I was a large infant. From preschool all throughout high school, I was one of the tallest in my class for all genders. I have childhood memories of being put on diets and running on treadmills. I remember the embarrassment of being a 10-year-old getting a letter from their doctor saying that they need to lose weight. The shame imposed around eating. The humiliation of not being able to fit the largest sizes in stores like Hollister and Aeropostale during a time when you were judged for not having the trending brands.

As you can imagine, this really thwarted the way I viewed myself. As I grew up, I began dressing more masculinely, simply because men’s clothing seemed to fit me better. (I still feel that way about the pants.) I want to say that my self-confidence began to take a dive, but that wouldn’t be accurate—my self-confidence wasn’t there to begin with.

“”
My self-confidence wasn’t there to begin with.

My Self-Confidence Started Out Low and Only Got Lower

I left high school in 2017 at 5 feet, 10 inches, 256 pounds and a size 18-20. I refused to get senior pictures taken because I didn’t feel as though I had accomplished anything, and there was no way I wanted to see any pictures of myself. My own graduation photos made me want to cry, which signified the lowest point of my self-confidence, but also led to a new era in my life.

In the months that followed, I cycled between intense dieting and bulimia, losing 60 pounds in five months. At 196 pounds, wearing a size 14-16, I had reached the lowest weight I’d been since middle school, and I felt amazing. I thought I felt like me again. I finally felt confident enough to post my makeup looks on social media, and I actually enjoyed taking the photos and seeing myself. I loved being creative and the entire editing process, which I now see as the foundation that started my modeling career.

Fast forward two years later to May 2019, and I’ve gained 20 pounds back after spending months hyperfocusing on the fashion industry in an attempt to amplify my photography game. At this point, I had spent thousands of dollars on Vogue magazines and everything I needed to be a makeup artist, professional photographer and designer, while ignoring most of my school responsibilities.

I was in a hypomanic state, although I didn’t realize it at the time. Hypomania, often associated with bipolar II disorder, is, according to MedicineNet, “A condition similar to mania but less severe. The symptoms are similar with elevated mood, increased activity, decreased need for sleep, grandiosity, racing thoughts and the like.” While I wasn’t diagnosed with bipolar II disorder until this year, these moments are my first vivid memories of hypomania. These are also the moments that brought me to where I am today.

I Never Expected to Be a Model Until I Became One

Just like every other hypomanic state, this one had to end, and eventually, it did. While I was still interested in makeup, photography and designing, it was the modeling industry that now had my attention. I applied to over 70 different modeling agencies around the world and received only three callbacks. Fortunately, that was all I needed.

On August 6, 2019, I signed to a modeling agency and entered a world I did not anticipate. In the modeling industry, an agency signs you based on how strongly they believe they can market you. That requires agents who can see the potential in your image and develop it. For many of us models, that includes changing our current look, which can mean size changes, hairstyle changes, dental procedures, tattoo removal or simply just toning up at the gym. I had done my research on the scouting process during my deep dive researching the modeling industry, so I already expected that I would have to make drastic changes specifically geared towards my weight. Baby, was I wrong!

My new agent wanted me to change my natural hair—I had applied with photos of me in a worn-out, shoulder-length wig, since I hadn’t seen many curve models with natural hair—and he wanted me to change my weight, but not in the way you might expect. He wanted me to gain weight (or in his words, “tone up”). In fact, after gaining the COVID 19 (pounds, that is), I was almost afraid to share how much weight I had gained. But as he read off my measurements (45 bust, 38 waist, 50 hips), he exclaimed with joy. I was so confused. Here I was, feeling hesitant about having my measurements read aloud—only for them to be celebrated?

“Okay,” I thought, “So maybe the voice in my head that’s telling me all of these negative things about myself isn’t right.”

This was the start of a new realization and a major shift in my mindset. I began to realize that the things I once perceived as issues or flaws within myself were actually the things that could be celebrated and have become crucial to my current look and success.

“”
I began to realize that the things I once perceived as issues or flaws within myself were actually the things that could be celebrated.

There’s More Than One Way to Be Beautiful

Moments where I’m reminded how irrational my insecurities are have continued to occur. The proof for me is in clients wanting to book me for those very things I tried to hide. There’s nothing like getting paid to reaffirm the beauty in those traits. I must admit that while I’ve worked for multiple household name brands and magazines, those jobs aren’t what fully drove that lesson home for me. It was seeing my curve model sisters going through the same thing and experiencing success. Incredibly beautiful women of diverse measurements, struggling to see their own beauty because they don’t look how we’ve been told we need to look. I see them fight to come to terms with actually being a model because they don’t think they fit the description—only for them to book a job and be shown that they are a beauty standard.

I always say that we are our biggest critics, and working in the industry that basically defines how we as a society view beauty confirmed that for me. If my perceived flaws are bringing me success in the beauty industry, then are they really flaws? By making this connection and taking on that mindset, I realized that I could not trust the voice in my head telling me that my authentic self was not good enough. I had convinced myself that I wasn’t enough. Period.

To my surprise, the fashion industry has changed that. I think that is indicative of how far the beauty/fashion industry has come. While it’s still not perfect, we’re moving towards a place that celebrates individual and diverse beauty. That’s the message future generations will receive, and I'm grateful to help share it.