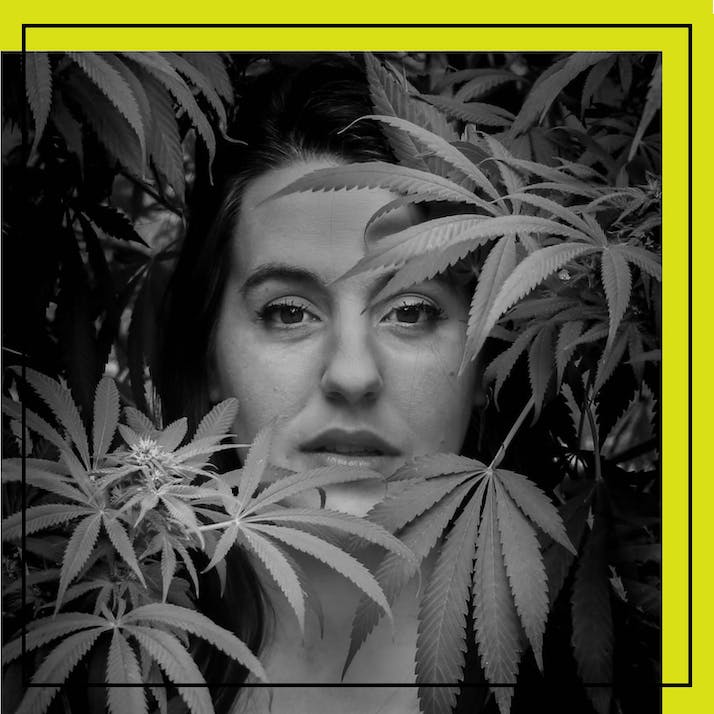 COVID Turned My Weed Habit Into a Problem

I became dependent on getting high, and something needed to change.

Several months ago, I was dining with an Italian friend when he told me he appreciated L.A. the most for its floating quality. “It’s a climate primed for dreamers,” he mused as he sipped his martini. A platitude, but I couldn’t help but agree with him. We were seated outside Figaro Bistrot, picking at burnt escargot, watching people stroll by the narrow Los Feliz street. It was nosebleed season, and any perspiration immediately wicked off the body into the dry air.

He said the pedestrians walk differently in his hometown. “In Milan, there’s a constant bustle. People move with a destination in mind. They don’t seem to do so here.” Once again, I agreed with him. There was an impracticality to their pace. They sauntered by, often with earbuds in, and took up the entire middle of the street. As someone who moved back to California after a stint in New York, this happened to be my biggest peeve with the city; the pedestrian culture here was infuriating at times. But that day, watching my friend watch the street with detached curiosity, it felt novel again.

Later that afternoon, we drove to Echo Park to ride the swan boats. He steered, I peddled, struggling to spark a joint I found crumpled at the bottom of my briefcase. After several hits, the harsh edges of the heat were dulled.

“How often do you smoke?” he asked as I passed him the joint.

“”
There wasn’t much to do in the inland desert outside L.A. besides getting stoned off your ass.

Smoking Weed Is a Big Part of California Culture

I used to be proud of the weed tolerance I’ve developed over the past four years in L.A. As a burgeoning adult, it’s become more of a guilty habit. The respite of weed is also the crux of my problem: It provides a cloud to drift on, away from the body and out of the present. I’ve become aware of long stretches of time lost to the cloud. We stopped pedaling and floated lazily along the lake. Yes, I thought to myself, L.A. floats.

Fun fact: The history of weed in California predates its admission to the Union. In 1810, 220,000 pounds of hemp were grown in the state. The Mexican Revolution would eventually disrupt marijuana production, and subsidiaries were dissolved shortly thereafter. Following prohibitionist sentiments in 1907, California passed the Poison and Pharmacy Act and six years later became the first state to prohibit weed. In the 1930s, the infamous Reefer Madness campaign swept the nation. Weed had become inherent to the state before its boundaries were even drawn.

The culture seeps into the disposition of Angelenos.

To be honest, I was psychologically dependent long before my move. I started smoking in eighth grade. There wasn’t much to do in the inland desert outside L.A. besides getting stoned off your ass, especially on days when the thermometer reached the 110s. I lived in a three-bedroom home with my mom and five siblings. Weed gave me a mental headspace I could disappear into from the perpetual claustrophobia. And at that time, it truly served a utility.

When I moved to New York for college, I was introduced to a whole new side of the culture. In California, you can get a gram for the price of several avocados (which also happen to be significantly more expensive in New York). We passed bongs around freely, regardless of anyone’s contribution. New Yorkers weren’t keen on sharing. They smoked spliffs and measured out their weed on scales before matching on joints, just to ensure no one was skimping. Then, I fell in love with a skater boy who taught me to roll my own joints. His hands were rough and scabbed from eating the pavement on many failed kickflips, but when he rolled, I’d watch his hands move gracefully, almost tenderly. When he licked the sides, it drove me out of my mind.

I moved back to California the next year. The city was expensive and, unlike most of my peers, I didn’t have a trust fund. For two years, I associated my broken heart with the nostalgic ritual of rolling a joint. It was practically ceremonial. First, I’d wash my hands and either put on Lana Del Rey or pick from one of my many melancholy jazz playlists. Then, I’d roll up.

I liked blowing dramatic circles and glamorizing my own loneliness. At that point, weed was so entrenched in my life, that it seemed difficult to imagine a future without it. For those two years, I was lost in the limbo of Los Angeles. The weather was so temperamental, I could drift through the seasons, suspended in a floating state without the bitter cold to bring me back to the body. I tried to keep in touch with the boy, but I was living on an island in the land.

Cannabis Got Me Through Quarantine (and So Much More)

When the pandemic began, I justified veggie-frying my brain as a way to lose track of quarantine time. Sometimes, this worked. Other times, it made the hours pass more slowly. Time rolled on and the pandemic happened, and I smoked to make time pass quicker. When I’m high, I’m more vulnerable to intrusive thoughts, which can often spiral into an anxiety attack. I refused to admit pandemic-related panic because I am a stoner, and therefore, I am chill and impervious to the hysteria of normies.

So instead, my thoughts turned inward. I rehashed embarrassing and shameful moments, which I viewed as generalized pandemic fatigue. But there’s also a sense of nostalgia. Rolling a joint was often a communal act, sharing stories and spit in close proximity, something that had been lost in the isolation of quarantine.

I associate smoking with the many communities I was lucky enough to have been accepted into. Like the time I lived in Haiti for a year, working for an art center in a coastal beach town. During power outages, which occurred every other day, my co-workers and I would take to the roof. My Haitian friends would bring tobacco leaves, and together, under a vast canopy of brilliant stars, we’d pick out the seeds and branches of scraggly brown weed that smelled like dog. We’d tell stories and play cards under candlelight sieged by moths the size of a child’s fist.

Or when I stayed in Cambodia for a summer. I’d drink a beer at the waterfront in Phnom Penh and order happy pizza—pizza baked with weed on top of the cheese. Maybe I was too blasted to fully remember all these moments, but the fragments I have are precious to me.

Smoking weed is a social act that breaches past language and cultural barriers. You don’t need to wholly understand a person to smoke with them, but even so, sometimes, you can tell a person by the way they roll. Do they add tobacco or prefer it vegan? Are their hands nimble as they pack the weed down, or do they smoosh it and tuck the paper in broad, swift movements? Do they hold the joint hostage during a rotation and tell long-winded stories? In the circle, who brings the lighter, who rolls, who plays the music, who’s the resident comedian? The stoned philosopher? The paranoid friend?

This is all to say, my happy moments with weed were never really about the weed to begin with. The memories of the people I shared it with are the ones that stick out. It was an excuse to gather and share. It’s no wonder the best storytellers I know are massive stoners.

“”
Rolling a joint was often a communal act, sharing stories and spit in close proximity, something that had been lost in the isolation of quarantine.

I’m Changing My Relationship With Getting High

In the past six months, after 10 years of daily smoking, I’ve finally started to reconfigure my relationship with the plant. I know now that it’s the people I cherish, not the high.

L.A. has proven itself a sort of existential reckoning. There’s the endless cornucopia of herbs, tinctures, dabs, extracts, ointments, edibles—all an app away and comparatively affordable. But the problem isn’t the weed itself. L.A. provides a lot of indulgences to numb away the constant droll of a seasonless Alexandria. I understand the desire to lose time, especially these days. Without discipline, it’s easy to lose yourself to the vast indulgences offered by the city.

Earlier this year, something shifted. Throughout the years, I attempted little breaks from weed but never succeeded for more than three days. But one day, fraught with generalized existential pandemic despair, I sat on my floor and lit a candle and prayed. Not specifically about weed but for change. We lost so much these past two years, and I didn’t want to lose anymore. So I prayed. Three days passed, and I had no cravings—then a week, then a month. I pick up the habit again every now and then, but my relationship with weed has been fundamentally altered. No longer a daily supplement, I treat the plant as I should—a positive and occasional relief, like a glass of wine at the end of a work week.