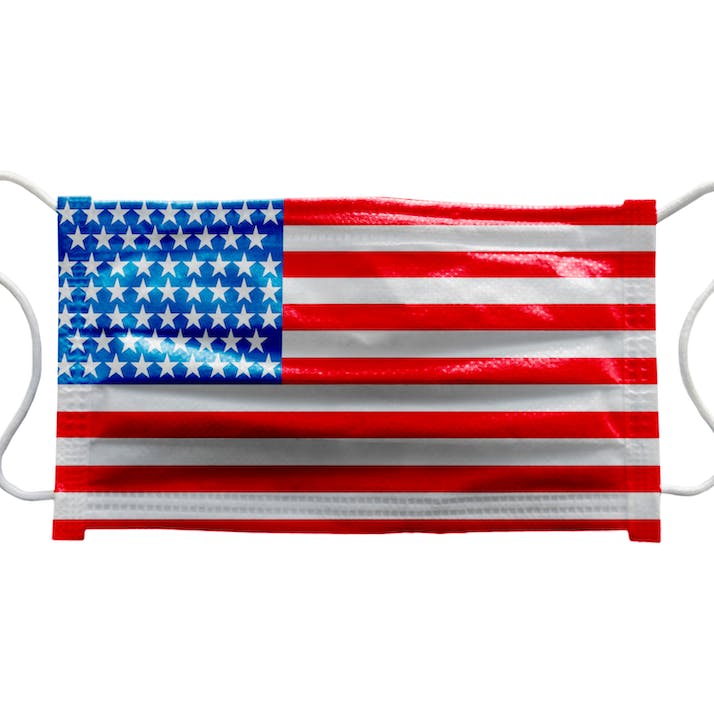 A lawyer from New York City explains what it was like to leave town only to encounter Arizona's stumbling response to the virus.

Between the worn marble floors and tremulous light of a New York courthouse, I found myself at the American epicenter of a nascent, global pandemic. It was March 3 when I—a New York resident, Arizona native and practicing attorney—learned that I’d come face-to-face with New York’s newly identified patient zero in court.

Luckily, my quarantine expired without incident before New York even closed. When New York and its court system did close, I retired willingly. As a card-carrying introvert with a hefty reserve of snacks, I anticipated navigating working from home with not only comfort but unique aplomb. Being a homebody meant I could cut my own hair, sew my own masks and repair my own doorknob. I was perfectly content to rewatch episodes of Arrested Development and Monk ad nauseam. By April, though, I found myself fleeing the tristate ghost town for Arizona.

Arizona and New York have always been antipodes to me, the opposing poles of my existential compass. Both are “home” to me, but the two states are as distant culturally as they are geographically. Unlike New York, Arizona is a red state (though purple has begun to bloom around metropolitan centers), with a conservatism born of the confluence of Wild West mythology and Hollywood run-off. In recent months, it was Arizona that assumed the dubious distinction of the epicenter of the COVID-19 epidemic, surpassing not only all other states, but all other countries in new daily cases. And both states’ responses were aligned with their distinct cultures. New York had given advance warning and a decisive policy roadmap to flattening the curve ahead of predictions. Arizona remained laissez-faire.

Life in New York City is fast-paced, densely populated and anonymous, but it’s also a city that requires cooperation, and one that is not new to navigating emergencies. Promptly after that first COVID-19 diagnosis, New York began taking serious preemptive measures—measures so serious that they inverted, by necessity, the city’s identifying characteristics. New York City was empty and unified in quiet obedience. Effecting such a drastic pivot was no small feat, especially with no COVID blueprint in existence.

In the early, relatively halcyon days of New York’s lockdown, I diligently set alarms early to maintain my regular routine: shower, don nicer loungewear and make myself a coffee with Carnation Instant Breakfast. We were the great, unflappable masses. On the ground, it felt the way my grandmother had described living in Brooklyn, just two miles from my current apartment, during World War II. Where strangers had once moved at a brusque clip, there was now a community united against a common enemy. Sure, you risked a tongue-lashing if you disobeyed mask mandates or the six-foot spacing stickers on subway platforms, but it was okay. Neighbors you wouldn’t have glanced at last month now squinted a smile from under their mask and respectfully crossed the street to create social distance.

“”
Arizona and New York have always been antipodes to me, the opposing poles of my existential compass.

I Had to Leave New York Because of the Pandemic; Arizona Wasn’t the Utopia I Imagined

Ultimately, New York’s efficiency meant that this war was fought in isolation. While my city was showing its fortitude, my own was fading. By early April, I found myself still languishing in bed, snoozing alarms and working by phone at the hour of the governor’s 11 a.m. conferences. Then I started staying once they’d ended. At some point, while enjoying what I thought was a therapeutic warm-water soak, I had become a boiled frog. With my heart in a sling, I defected from the simmering hotspot and, in one blink of an amphibian eye, I was in Phoenix.

The cultural sense of isolation in Arizona is a mirror image of that in New York. Neighbors are chummy, but empty desert sprawls for miles at a stretch. In April, the Southwest had already shaken the chilly weather that still clung to New York, but Arizona’s famous heat hadn’t hit yet. COVID hadn’t really, either. I spent my free hours basking on the warm brick of a real backyard, or walking the path beside the irrigation canal, while a salmon sun yielded to crisp constellations. “Shelter” went from a command to a reprieve.

Alas, like every utopia, this place existed only in theory. COVID-19’s arrival marked little difference in everyday life. Before going to work at the Phoenix VA Hospital, my mom, a doctor (and my asthmatic, 60-year-old only surviving parent), marveled that as far as public health policy went, Arizona had “all the answers to the test but was still failing.” Arizona didn’t prepare adequate PPE, testing or contact tracing. New York was blazing an effective policy trail ahead of Arizona, and the latter carried the added benefits of a smaller, distributed population without dependence on public transit. But in the vacuum left by the Trump administration’s policy, Arizona’s majority-Republican government refrained from early, consistent leadership. Arizona was late to close, and early and arbitrary in reopening. (The entire state was opening before mid-May when New York lifted its lockdown.) There has yet to be a statewide mask mandate, leaving local Democratic leaders to enforce citywide mandates against polarized constituents.

“”
While my city was showing its fortitude, my own was fading.

Before COVID, the Arizona where my heart and voter registration lie bore many blights on its sociopolitical record. It’s infamous for political scandals that bear a patina of the absurd. The headlines Arizona made during recent Black Lives Matter protests were about YouTuber Jake Paul and his rich, white, male cronies using a demonstration as an excuse to loot Fashion Square Mall. Underneath the dark comedy, as always, were the concerning priorities Governor Doug Ducey showed in his swift institution of a curfew, while resisting closures to protect constituents from the much greater threat of COVID-19.

Arizona’s status quo is riddled with displays of spring-loaded righteousness which, in an apolitical context, might be funny. The state brought this flair to its battle with COVID-19. For example, a patient was turned away from my mom’s clinic after coming in with his mask around his neck, then responding to requests to wear it properly by putting it on top of his head and cursing out the staff. Shortly after my cousin returned to work at REI (assuming the added enforcement role into which many have been forced), he was confronted by a customer who strode in wearing, over his entire head, that orange plastic netting used to bag clementines. Before retreating, the customer smugly rotated the bag so the label reading “Cuties” covered his mouth.

In many ways, New York and Arizona’s different approaches were extensions of their distinct identities. Navigating the gulf between them will always cause some culture shock. When I returned to New York upon the courts’ eventual opening, I made the usual, mundane adjustments. On a walk to the bodega, my outgoing tenant—to whom I’d sublet my home at a quarter of the rental price, due to an affliction I’ve termed “Stuck-Home Syndrome”—asked why I was now saying “hello” aloud to all the passersby.

Of course, neither Arizona’s friendly streets nor New York’s grace-under-pressure is a panacea. I would not be surprised if others were left privately reeling from the city’s effective public health policy. Though as someone who loves Arizona, and has watched its government’s avoidable fumbles with dismay, I wish my first home would loosen the reins on that “outlaw spirit.” For now, at least, our lives depend on it.