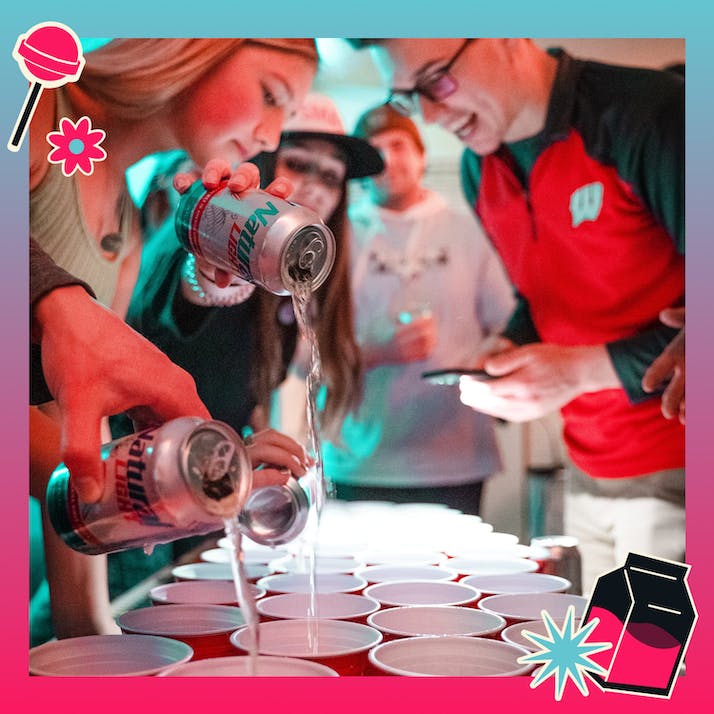 Coping With Divorce Meant Living Like I Was 19 Again

I wanted to revert back to a time before my marriage, when I drank and partied and was “fun.”

It was the last day of December, and I was drinking like it was the end of the world. I was out with my best friend and his sister. I had work at 4 a.m., and I had promised myself that I would only have one drink. My spouse at the time was out of town—on a camping trip in the Grand Canyon with someone who they had told me they had feelings for—after saying that, at this point in our marriage, it would be extremely difficult not to cheat on me. It was on this night that I realized that I was going to be getting divorced. I didn’t even need to talk to my spouse to know that as soon as they got back, it was over. So, I decided that I would start drinking the way that I did before I got married.

When I was 19, my friends and I were notorious for throwing ragers every weekend. We had two people in our group who were 21, so everyone would pitch in anywhere from $20 to $30, and they would go to the store and buy all the alcohol they could, which usually turned out to be a lot. We would start every party the same way: We had three ceramic shot glasses that could stack on top of each other perfectly. We would pick three different types of booze, pour them into the shot glasses and then stack them. The rule was you had to be grabbing the next shot as you were taking the one prior. We taped 40s to our hands, we took shots on empty stomachs and we would sing sea shanties so loud that the neighbors complained.

The day after my bender, I was so hungover at work that my colleague took one look at me and literally begged me to drink some water. It was a horrible day, but I felt like I had reclaimed something in me.

“”
I drank too much, and it deeply satisfied me.

My Spouse Made Dealing With the Divorce Particularly Difficult

My spouse and I went out to breakfast that weekend and decided to end our relationship. We had already stopped living together and we never had kids, so there wasn’t much to figure out. Two days later, they started seeing the person with whom they had gone to the Grand Canyon.

Leading up to this point, a couple of things had happened. The first was that my spouse had kicked me out. They told me that they thought that some space would be beneficial to our relationship and that not living together would actually make us stronger. The second was that every time we hung out, they would tell me that they were still unsure about whether they wanted to be with me—and that even if we were having a good time, it didn’t change the situation that we were in. The last major thing that happened is that my spouse had actually ended things with me, then called me the next day crying to say they had changed their mind. This all happened over the course of six months.

Drinking After My Divorce Meant I Was Fun Again

I had reconnected with a girl that I had gone to high school with, and we went out for half-priced wine at a local bar. I had a similar experience to a New Year’s Eve that night. I drank too much, and it deeply satisfied me. This girl and I started dating a week later. Even though I now worked a job that started at 4 a.m., I started to stay up drinking every other night. We went out to bars and art galleries, we bought bottles of wine and six-packs and we stayed up until 2 a.m. I thought that what I was feeling was becoming myself again. When I got divorced, I had a sort of catchphrase. I would say, “I used to be fun before I got married.” I had decided that my life had become boring because of my spouse, and what I needed to do was to somehow go back to being 19. I had to recapture the person I was before. I had to be fun again.

I dated that girl for six months, and I’ve never been more exhausted in my entire life.

“”
I dated that girl for six months, and I’ve never been more exhausted in my entire life.

I Realized I Was Really Dealing With Divorce Anger

I don’t think in all this I ever thought about what it really meant to live as if I was 19 again. At that point in my life, I was perpetually hungover and deeply depressed. I thought all of my friends hated me, and I was convinced that I was incapable of real intimacy. I was so deeply insecure at that age, and it was obvious to everyone just how badly I needed external validation. I was not, in fact, fun. Nostalgia can be a tricky thing like that, though.

When I was younger, I was miserable. By the time I was getting divorced, I was miserable. But they were different. I labeled the early miserable period as “better” and tried to mimic the behavior of that time in my life. But the problem was that I wasn’t 19 anymore, and nothing I could do would change that. I could do everything in the same way that I had when I was 19, but it didn’t matter. That point in my life was over. No matter how much better I perceived it, it was gone, and it was never coming back.

I was so angry about the last six months of my marriage—angry about how quickly they moved on, angry at myself for letting things drag out for that long—that I just wanted to exist in a time before I met them. But I did meet them. And I grew and changed immensely because of it. I was a different person, and I had to learn my way in the world as that different person.