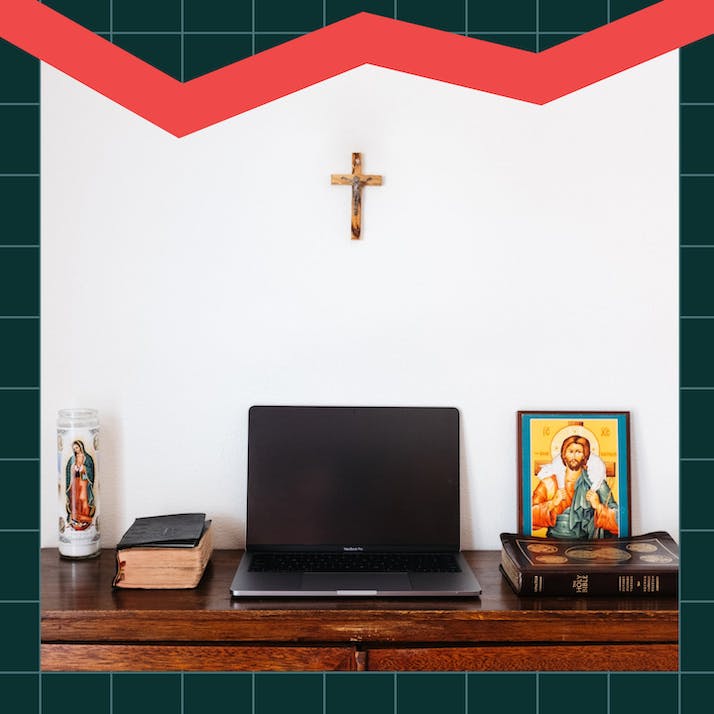 Tech Companies Have Agendas; One Silenced My Conservative Voice

After President Trump was elected, a tech manager saw his civil liberties and standing within his company diminish.

For a conservative Christian, working for a large tech firm was a dream that slowly turned into a moral nightmare.

I was introduced to the world of technology in 2014. I had just abandoned a lengthy health career because of a coordinated media attack on my writing, business and relationships that didn’t stop for years. While I worked on defending my reputation, I found a new career at a growing technology company that claimed "inclusion" as their mission. This was absolutely true in 2014. But things change.

I started out in simple sales, where the ability to make money was unbelievable. I was able to pull in six-figure checks just to provide people with a product they already wanted. And I was quickly learning how to climb the hierarchy inside a growing public firm. By 2016, I was provided every resource I needed to be a successful leader within the organization. I worked in every position I could within the company to learn. I was a salesperson, manager, hiring manager, district manager, operations manager and more. I made hiring decisions for numerous retail locations and I hired candidates from every race, gender and religion to fill these spots using the merit-based system I believe in.

The stores I controlled were the top stores in the nation at the fastest growing tech company in America. Soon, I was getting attention from every executive in the firm, and I was being groomed to run a larger part of the company. My paychecks were growing. My court case from my earlier life was settled, and I was pardoned by the state government. I adopted my son, who was fatherless, to give back to my community. I met my wife while at work. Everything seemed perfect. I had stability for the first time in my life thanks to the rise of technology sales in America. However, it wouldn’t be long before things changed.

The rise of Donald Trump in 2016 polarized everything. It was no longer conservative versus liberal or Republican versus Democrat. His election was a rebuke of the entire political establishment. Most people believed the insanely dangerous media narrative that if you supported Donald J. Trump for President of America, you were a Nazi. This was no different inside a growing public company with shareholders. Most conservatives I worked with were very quiet prior to the election because of the vicious narratives that the media was driving everywhere. We had a very diverse company, and expressing yourself was encouraged. However, only the people who believed conservatives were Nazis were taken seriously. Any claims of harassment by co-workers based on political or religious grounds weren’t taken seriously because of the mainstream messaging on the nightly news. It was hard to watch.

This is where things started to unravel. Under Trump’s presidency, our company grew exponentially. Rules and regulations were pulled back to allow us to go into different markets and hire new people. While this seemed like something the company would cheer, they did not. They took a clear political stance against the president and supported left-wing causes through donations. By this time, after winning numerous accolades, I was forced to change positions and commute an hour to work because I was called a white supremacist inside my office. On its face, this was absurd. I am a Lebanese, Native-American Christian. Obvious facts didn’t matter anymore, and the label stuck in this smear campaign.

While keeping my job and my politics separate, the harassment never ended. I took a lower position in the company, which claimed its motto was "Be yourself," and I went on to receive even more awards over the next two years. I continued to have the most diverse and talented staff around, but the damage was done. I knew my time there was short, and I would never grow within the company. But then things got even worse.

After becoming one of the largest players in the tech industry, our CEO openly adopted Marxist slogans about being the "revolution." There were TVs constantly letting you know that you were a part of this "revolution" on a loop in every office. The company was now taking large sums of money from far-left activist groups that consider Christians a "threat." We were taking political positions through internal memos that would reward us to participate in leftist activism. There were openly sexual ads being run at work. My outlook on this company changed very quickly. Despite how much they did for my life when I needed it, I could no longer support a company that openly attacked families, conservative reporting and education, yet promoted far-left activism.

“”
But then things got even worse.

My Non-Compliance With Company Culture Ended My Tenure

For my family, I tried not to say a word about these new policies at work. While the company grew, our lives improved. However, it was not long before the ideology became real, and it affected my life. I started being ostracized from social gatherings, called out for not participating in social initiatives and was left out of internal conversations. I was being blackballed when I wasn’t even a vocal conservative. My co-workers knew I was a Christian, and they knew that I did not "hate" President Trump, but I never openly advocated for him or anyone else. That was not my job. My job was to hire, manage and make decisions that would grow the business. I never used my influence in the company to advocate for my religion or politics.

In 2019, the company was about to make one of the largest mergers in American business history, and I was one of the people who helped get the company ready in my area. I was still receiving regular awards. However, this was no longer enough. People started paying attention when I didn’t spend my free time advocating leftist causes. I was constantly asked why I wouldn’t represent the company in protests or celebrations. The simple answer is that I worked a lot, and time with my family was precious. The other reason I didn’t go is that my morality doesn’t have a price. I can’t fake beliefs just for personal gain. This was my great sin.

It wasn’t that I spoke up loudly; however, I was forced to defend my non-compliance. I didn’t come to work wearing Trump hats. I didn’t try to recruit people to church or spread the gospels. I simply wouldn’t comply with the new social direction of the company. Because of that, I was told that a news article from 2014, which had already been settled, may be damaging to the company merger despite it being public for my entire career. Suddenly, my past mattered to my boss despite years of producing nonstop without complaint. I didn’t lie my way into the company. Higher-ups were briefed on my legal status at all times. HR wouldn’t listen to any of my claims of harassment. They found those claims to be credible despite my family going through a nightmare of daily rumors.

Finally, my boss sat me down. He handed me an award for being a top leader in the country and then asked me to leave my office immediately. The reason for my termination was never disclosed to me. It was considered a "no-cause" termination, where no harm was done, and they wouldn’t release my internal complaints back to me. No lawyer would take the case because they said that “being a Christian is not a protected class" in the state where I live.

“”
I was being blackballed when I wasn’t even a vocal conservative.

While this may sound horrific, this is what drives my journalism. Tech is now the most powerful industry in determining what voices get heard and what voices don't. I watched people be forced into silence. I watched people move around for their personal, political and religious beliefs internally. A culture of freedom ceased to exist; it was replaced by one of obedience. This is dangerous.

If we don’t allow people to speak, understand each other and have an open dialogue, then this cycle will continue, and it won't be long before wrong-think is punishable under the law. If this sounds crazy, ask yourself what sounds worse: Going to jail for a few months, or never finding work again based on your ideas? The latter is truly dystopic to me, and tech companies are being disingenuous when they say they don’t have an agenda. My family found that out the hard way. We should all take an interest if we want to keep our civil liberties.