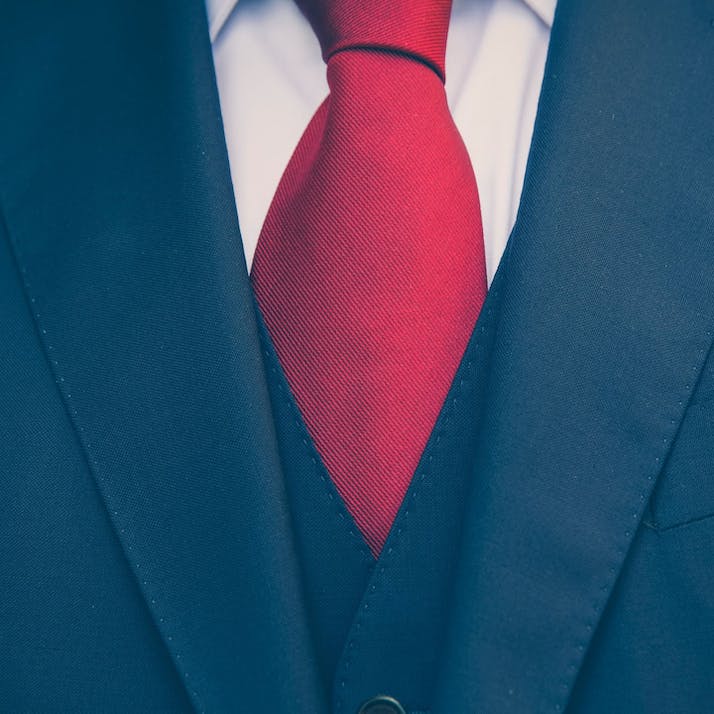 I Work at a Conservative Cable Network: It’s Destructive—But Not Because It’s Conservative

My job is about finding the worst in people and showing it to the rest of the world on a daily basis.

I work for an American conservative cable news company.

I'm one of those faceless, shadowy figures you think of when you hear the term "right-wing media." And we're just as awful as you think we are. We sit around all day in suits, coming up with ways to convince you that anti-American, liberal, pink-haired, gay, trans Democrats are dismantling our society.

OK, I’m being a little hyperbolic.

The truth is far more mundane. There's no long boardroom where suits craft a specific agenda. Well, we do have the big morning meeting to go over how the network will cover the events of the day. But you very rarely get instructions as explicit as, "Write this and not that." Instead, cable news is mostly a practice of self-censorship.

Our Network’s Goal Is to Preach a Conservative Worldview, Not to Inform Viewers

Almost everyone knows the agenda: Biden bad, Trump good. That’s it. That’s the framework in which every issue is presented. What are the problems in our country right now? The aim is to link everything—from the rising inflation to the uptick in urban crime—directly to President Biden or the policies passed by Democrats.

The only time the Democrats have merit is when one criticizes their own party. That’s usually the exclamation point of a host’s rant or monologue. Check out moderate Joe Manchin. Even he, a Democrat, is calling out the radical left-wing members of his party for attempting to destroy our country’s economy with Biden’s crazy Build Back Better plan. Everything else Joe Manchin stands for is awful, except when he’s siding with Republicans. Right.

Cable news is mostly a game of semantics and word association—it’s designed to push the network’s narrative. For example, January 6 was the “Capitol riot,” which was made up of mostly “peaceful patriots” rather than “insurrectionists directed by President Trump.” Meanwhile, those who participated in the 2020 Black Lives Matter marches were “rioters,” not “protesters.”

It’s about pushing back against the narrative being portrayed by the liberal news media—because what’s being reported on liberal networks is also a narrative designed to obfuscate the truth. We’re just providing a counterargument to most other media outlets, which overwhelmingly lean liberal. Everything is framed through this political framework. The goal is to prove the people wearing blue ties wrong; informing the public or providing key context is a secondary priority at best.

You Don’t Have to be a Republican to Work Here

Almost every person in the office knows the narrative we’re trying to bring to the audience, so there are very few verbal political arguments. Instead, most check their opinions at the door and write scripts in line with the network’s agenda. Which is to say, there are no political purity tests.

I don't identify as liberal or conservative. I think that question is a false choice, the kind they told you to avoid in freshman year philosophy or journalism class. But if you’re not rowing in the same direction as everyone else here, there are several filtering processes that take place. Supervisors and talent rewrite your work. And if the problem persists, some folks get a chat about their writing style. If that still isn’t enough of a hint, employees get reassigned to a shift that’s better suited for less pointed writing. But I’ve never seen punitive action for someone’s political views.

Having written in both liberal and conservative newsrooms, my experience has been that both factories produce the same kind of yogurt. One is strawberry flavored; the other is blueberry flavored. The liberal channels are just as guilty of what I just outlined above. Republican governors have blood on their hands for having lax COVID restrictions (even though Democratic governors forced nursing homes to take back COVID patients). Donald Trump is the head of a domestic terrorist movement. Questioning the efficacy of COVID vaccines is the same as being an anti-vaxxer.

Sometimes, after an hour or two of writing at my desk, I look up at the bank of TV monitors to see what the mainstream news is doing. And I’m always amazed to see those networks try to claim the moral high ground. They claim that Trump demonized journalists but refuse to acknowledge when Biden does the same thing to reporters who are critical of him. So it goes.

I Spend Hours Looking for the Country’s Worst Crimes

Cable news is mostly a cheap drama. Its aim is to elicit emotions that keep people coming back for more, and the top two emotions we prey on are fear and anger. That's what rates—that's what people watch. No matter the politics of your preferred cable news network, America is constantly in crisis. Twenty-four hours a day. In case you missed the latest threat to democracy at 7 p.m., we have it for you again at 8 p.m., and in case you miss that, be sure to catch us at 11 p.m.

We want to highlight the damage and destruction. We show the worst 30-second loops of a police station being burned to the ground in Minneapolis—just as liberal stations show the worst 30 seconds of Trump supporters hitting police and breaking windows at the Capitol. We look for any reason to show you those violent videos. Sometimes, I spend hours looking for the worst crimes in the country. Innocent Americans being robbed at gunpoint and storefronts being smashed with eager looters making off with their haul. Take a look at what’s happening in our country. This could be you! This could be your store next!

We combine those frightening images with our narrative. For example, we want to show you George Floyd’s wild and erratic behavior during his arrest. What if you were that police officer? How would you get control of that out-of-control criminal? No one in their right mind would have acted like George Floyd! We’re not explicitly saying that he deserved to die. We're simply implying that there's more to this story than the liberal media is telling you.

While Floyd’s death served as a flashpoint for simmering anger over police brutality and racial inequality, we want you to conclude that that anger is misplaced because of Floyd’s actions and criminal history. If George Floyd didn’t resist arrest, then he would never have been restrained on the ground by a police officer. We’re effectively a mouthpiece for the defense of officer Derek Chauvin—we want to push his argument that the drugs in Floyd’s system contributed to his death. If Floyd didn’t have fentanyl and amphetamines in his system, Chauvin’s restraint wouldn’t have been deadly.

What we don't show you, of course, is the eight minutes of Chauvin’s knee on Floyd’s neck. Or the times when Floyd told the officer he was about to die. We leave that part out because anything that humanizes Floyd doesn’t serve our narrative.

“”
The top two emotions we prey on are fear and anger.

Nobody Wants to Understand the Experience of Their Political Opponents

What do we do well? We excel at pointing out the flaws in liberal theories, despite the glaring gaps in our own. We make sure you know that Supreme Court Justice Sonia Sotomayor made false claims that “over 100,000” children are in “serious condition” with COVID, when the number is closer to 5,000. It's the same thing liberal stations do well. People love to hate hypocrites, and the ratings bear that out.

Behind the scenes, I feel that none of what I’ve just described is being done out of malice. Some of my colleagues are my good friends. We’re your neighbors, and our kids go to the same schools. I'm convinced that most of my colleagues want what’s best for America. When I talk with them off the record, however, many believe in the narrative that we paint on the network. Whenever I ask them to view things from the other side, they can’t get past our GOP talking points.

I think the reason for that is threefold. We can’t seem to establish the same set of facts to begin our debates; there’s a general unwillingness to try and understand the experiences of people from other political groups; and everyone believes that their experience is simultaneously being invalidated.

Meanwhile, the cable news work environment isn’t so much toxic as it is grinding. It’s about finding the worst in people and showing it to the rest of the world on a daily basis. On top of that, deadlines are tight, complicated even more by different departments that are never on the same page. There are layers of bureaucracy for what should be simple tasks. Tempers are generally short and hours are long, all of which lead to sporadic shouting matches. Abrupt resignations and what millennials and Gen-Zers call “rage quits” aren’t uncommon, but most of it isn’t truly mean-spirited.

Like most industries across America, cable news is asking its employees to do more with less, maintain the veneer and polish it with fewer resources and staff. But despite the pressure cooker, I’ve met great mentors and great people behind the camera. Maybe I would feel like this would all be worth it if cable news writ large were helping solve all of these crises we show our audience every day.