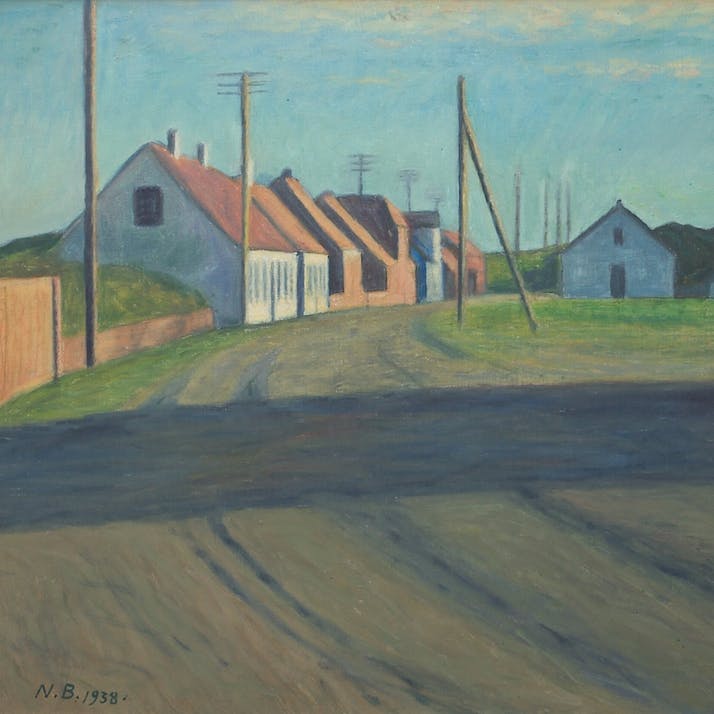 I Became Conservative Because of Rural Communities

A West Virginia resident explains why small towns have made him feel at home, politically and otherwise.

How does a bastard Mischling millennial suburbanite become a staunch conservative? Is it even possible for a deracinated modern individual to find himself a real community to be a part of? Or is that hope lost forever to the omnipresence of the modern popular monoculture?

I had little hope of finding greater meaning or purpose when my wife and I moved to rural West Virginia with our one-year-old son. We sought the peace and tranquility of the mountains with the added benefit of much lower costs of living. West Virginia was another stop added to a long list of locales I have inhabited in my adult life. I’ve come to realize West Virginia, and the Appalachians, are one of the few remaining havens of real culture and community we have left in the U.S. Like many other mountainous regions around the world, the Appalachians provide a protective boundary which sustains the people who live within.

During the gypsy wanderings of my adult life, I’ve spent years in Philly, Los Angeles and Amsterdam: huge multicultural metropolitan cities where I lived as an individual usually never aware of who my neighbor was. No matter how many friends I had, or how active my social life might have been, I never felt a part of the place I lived. I was just another rent dweller—easily replaced by a stream of mildly-educated individuals with cash to burn.

If my bills went unpaid, I’d have been thrown out on the scrap heap with the countless vagrants we find littering the streets. Whenever I’d pass a homeless person camped out on the sidewalk or sleeping in a closed storefront, I’d ask myself: What makes me so different from him? A few dominoes could fall and there I’d be: camped out on the sidewalk, wondering where it all went wrong. That is the reminder for all city folk. They could be there too. Destitute and alone. Wondering when the misery will end.

“”
We never imagined the strong communities we would find hiding in the hills of Appalachia.

Amsterdam was my first glimpse into a somewhat homogenous culture that has maintained traditions from their forefathers. Riding my bike past a brown cafe at night and hearing everyone sing a Dutch folk song always made me grin.

Then there was a small town in the Austrian Alps. There the culture remained, protected by the steep, sometimes insurmountable, peaks of the Alpines. There men often wore lederhosen, blouses, suspenders and traditional Tyrolean hats. Stores in Innsbruck specialized in selling traditional clothing. The people we met and lived with were from there and would remain there for their entire lives. They would travel, but there they will always remain. Those people are more than individuals. They live in a community, with a shared culture, which gives them pride of place and purpose; more than a lone individual could ever have.

As my Dutch wife and I were uprooted, we dug ourselves up again and moved to more southern climes: to Tenerife, in particular. To a small town on the side of the volcano, El Teide. It was in this small town where we witnessed a very poor people who were richer in family and community than anywhere else I had been. They might not have had money but they were never wanting.

Tenerife has a very poor economy which is only sustained by tourism from mainland Europe. The small towns outside of the tourist stops have not developed. But they are a people who are not missing much. They have community and traditions, which bind their people. In such a poor place, I never saw a homeless person. I never saw a person wanting. I never saw someone in need of help who wasn’t immediately assisted.

It was in Tenerife where my wife became pregnant and we had to make the decision to return stateside so that I could find a means to earn a living. After living in rural Austria and Spain, we had no desire to live in the city—especially to raise a child. We settled on West Virginia. The low rent and expenses were conducive to my fledgling business. We never imagined the strong communities we would find hiding in the hills of Appalachia.

“”
It is in these rural communities, in Europe and America, where I’ve found the merits of conservatism.

West Virginia Is a True Community in the U.S.

Just like in Spain, the modern economy has not been good to West Virginia. The state has been hit hard by the heroin epidemic. Poverty is rife. Many young adults leave to find wealth and success in the city, as I did at one time. Even so, the strong communities remain. There are churches at every turn, so many at times I wonder how they all can find parishioners. Since the pandemic, many churches are holding periodic food drives. So many so that no one could possibly go hungry. When the mom and pop restaurants were able to open again, their parking lots were full, and they remain so. It is a community that wants to see everyone succeed.

There are a few examples of extremely close-knit communities in this area that are worth mentioning: the Amish, Mennonites and River Brethren are conservative Christian sects which maintain traditions from their Anabaptist ancestors who fled Germany so that they could practice with religious freedom at a time when the Catholic Church ruled over much of Europe.

These communities are islands amongst the mainstream populace. They maintain their own banks and healthcare. They are predominantly self-employed, many working with their hands; and immensely successful in doing so. The Amish even continue to speak an old form of German which hasn’t evolved with the main dialect.

It is in these rural communities, in Europe and America, where I’ve found the merits of conservatism. These largely homogenous communities, with shared traditions, remain vibrant. Even if they aren't rich in a modern sense. They are resilient. They will survive. It was once said that the Great Depression never hit rural America. That their lives didn’t feel the effect. Nothing changed for them. They supported themselves and continued to do so, on the meager production of their land and that of their neighbors. By working together they get through the good times and the bad.

There is no saying whether or not I will ever leave West Virginia. We have been here four years now. We have another son now and one on the way. There is one thing for sure: If we do move, it will be to another rural conservative community—where we will know our neighbors and reach out a helping hand whenever possible. Where we have more in common with them than popular mass culture has given us. Where we can feel a part of something more than being a lowly individual in a chaotic and confusing world.