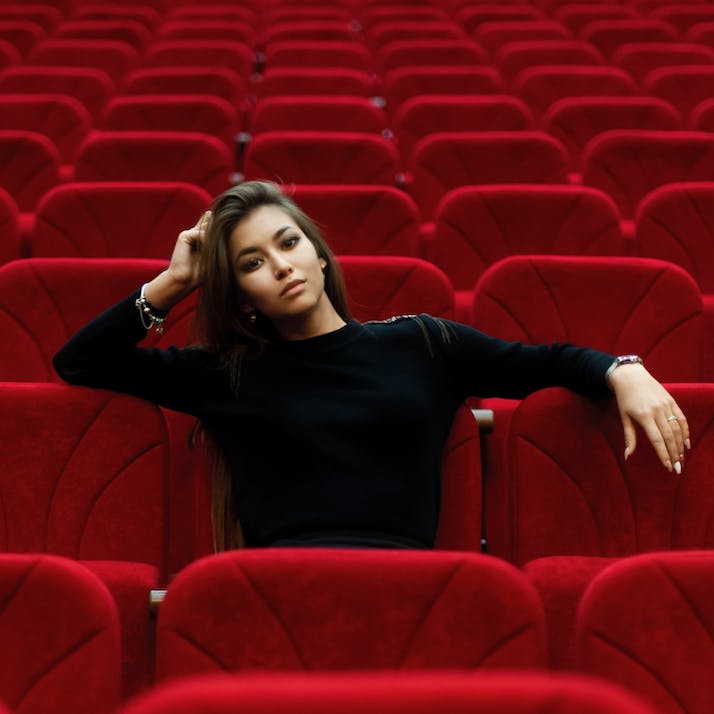 Confessions of a Pop Publicist: I've Got a Front-Row Seat to Media's Decline

A PR vet writes that the old way of doing things is very much not working anymore.

I’m a publicist for a firm that handles a little bit of everything: film, fashion, music, athletes, tech and brands. I help to tell the story of anything that I think that has a good story that should be told. We get hired usually directly by an artist, or by a third party to make sure that the project is written about and talked about. So that could be anything from setting up a TV appearance or photoshoot to an interview, to helping engineer the strategy for an entire campaign.

I got into publicity because when I graduated from college, I didn’t know what I wanted to do with my life. I played instruments and knew enough about music, and was looking for a get-rich-quick scheme to get out of credit card debt after a year out of college that I spent living like I could make $100,000 out of a $30,000 salary. Of all the ridiculous ideas I had, one of them was to get into the entertainment industry, because I thought I could make a lot of money quickly. I took an internship after I graduated from college, and one of my mentors told me I should be a publicist because I talk a lot. This was surprising to me because I’m not really a social butterfly.

I also wanted to become a publicist because I used to be obsessed with magazines, Vogue, Rolling Stone, the fancy art magazines that were $20 a pop. I was initially interested in the glamour of it: setting up photoshoots, going to award shows, telling stories. To me, writers are some of the most important people because they are literally transcribing culture. But I came in right as iPods were starting to happen, and streaming music and social media started a few years later. Suddenly online presence was something people were thinking about, and print magazines seemed outdated quickly. I truly believe that writers and journalists are artists too, but that’s being stripped away because now the expectation is just to be fast and get the dirt.

There are a lot more people contributing opinions to culture now, and there are some writers who just look for quick hits and aren’t necessarily as good as those that truly know the craft of storytelling. They might be super in touch with what’s going on in their corner of things, but in general, I think while many millennials know a lot of information about the past five years, most don’t know the deep, far-reaching history of what they’re writing about. There used to be a lot more competition amongst entertainment writers and editors in that way—Ivy League grads or personalities with their own followings based on their expertise. Writers who are worth their weight wouldn’t take the penny-a-word rate these days just for the clout.

The power dynamic in my job has changed 180 degrees since I started. Before, media had much more control and brand power. Young artists aspired to be in Rolling Stone, or in Vogue, or on TV, and it used to be that they probably wouldn’t get there without help. And I entered into it just at the time as those walls were being torn down because of the internet.

“”
There’s a very antagonistic relationship between publicists and the media and it’s becoming even more tenuous.

I’ve Got More Power as a Publicist Now—but Should I Have It?

Things used to be a lot more black and white. If the artist wanted to be in the magazine, they accepted the offer and let the magazine do their thing. Now, the artists expect to control everything in the same way that they control the narrative on social media. They don’t want to see photos of themselves that they don’t like. They don’t want to do interviews where they might get asked weird questions that they don’t want to answer. And publications are more and more willing to meet their demands to get to the audiences they’ve built. So there’s this real question of who has the power? Why does Kim Kardashian need Vanity Fair to say that she’s worthy of praise? She has more social media followers than they do. She can sell things on her own without that co-sign but it’s a different audience. But that brand is still coveted in culture and entertainment. It's becoming a vanity plate in some ways to get those co-signs, when a lot of the time it’s the celebrity bringing weight to the publication, and not the other way around.

There’s the notorious story of Beyoncé’s publicist going around asking people to take photos down online that she thought were unflattering. Now clients expect publicists to scrub the internet of certain photos they don't like, or make sure their name is never mentioned alongside their ex. The blessing and the curse of the internet is that it’s really easy to make those changes, so we can make it like something never existed.

There’s a very antagonistic relationship between publicists and the media and it’s becoming even more tenuous. Now it’s even worse because everyone wants approval before things go to print—the text, the photos, the layout, the team at the magazine doing the work. This year has brought a new unprecedented level of those expectations, and I feel like I have vetted some big asks before. Not only do the artists want to approve of the photos and the way they’re retouched, not only do they want to approve of all the creative teams, not only do they want to approve of the writer, but they want to see the layout of how it will look on the paper, just to make sure they like every tiny detail. At a certain point, I find myself asking, what’s the magazine's job here?

Journalists Need to Relearn How to Ask Tough Questions

The thing is that a lot of the time I’m actually on the media’s side. I think they should say no to these kinds of asks, even though that's not the stance I can take when I’m acting on my client’s behalf. As someone who likes to read spicy interviews, or see photographers and stylists get artists to take risks, I don’t think subjects should be set off-limits, or that the artists should have complete control. The person being interviewed should just know how to answer tough questions, or figure out what the answer is, or swerve when they need to, or else they shouldn’t do press. Now we’ve created this softball culture where the most famous celebrity in the world can go on a major talk show and promote their product and make charming small talk but will never address whatever their elephant in the room is.

I think there's something to be said for seeing that people are human, seeing that they have stretch marks, or that they have struggled with substance abuse or mental health stuff. Because most of us don’t have the perfect come-up or the perfect life. I don't really love having to tell a journalist, “Don't do this, don't do that,” but it’s part of my job, which is to protect my client and make sure that they feel comfortable. And hopefully, the writer can figure out how to ask something beyond the usual clickbait questions.

“”
I don’t know if my job will exist in the same way in ten years. The media side of this industry is running on fumes.

I don’t think there is a cookie-cutter strategy anymore of how someone can become famous. A few decades ago, it was like, send the project to the media outlets and try to get your client on TV or radio. Now there are artists that have literally billions of streams and the press don't necessarily care about them. And the fans don’t care that the press don't write about them because they don’t read the press anyway. They go straight to Netflix or Spotify, they go straight to TikTok.

Artists still want the media to give them praise, though. There's still that vanity plate of, ”“I made it into the print issue,”.” But there’s a smaller and smaller group of people that care. And I think within the next few decades, the power of a critic’s expertise—and the idea of caring that the person talking about your art who actually knows what the fuck they are talking about—won’t matter. It's the “junk food for the soul” era.

We don’t have the kind of common culture that we used to. There’s still Rolling Stone and Vogue and the last of these sort of bigger brands that were the last behemoths of their time. But do those brands have as much tangible influence as a meme artist on Instagram with ten million followers? Those brands hold the weight from a different time, but in 50 years what will  those brands mean? Will anything right now last more than ten years? Maybe not. The power’s being parsed out. So maybe being on TV or in a magazine won’t be the end all be all. It’s now like, you could be a completely independent artist or a scripted show based only on social media that no one’s even heard of, and then go make millions of dollars off.

Publicity has become a harder and harder job. There’s an emotional toll because you literally have people who are creating art and pouring out their souls, and sometimes we have to just say, “Sorry, PItchfork just doesn't like you.” Or, “Sorry, no one cares that you took four years to make this beautiful project that I love, but it's hard to get anyone to care about it because you decided to release it during Christmas break.”

I don’t know if my job will exist in the same way in ten years. The media side of this industry is running on fumes. It’s all based on what these brands were 20 years ago, or new brands with no proven history yet. Everything is so much more disposable now. The reality is, an artist can get a glam team to come make them look good, put it on their own social media, Facetune it up, and push it themselves—directly to their fans and consumers. And getting on some big social media person’s radar can be a bigger deal than being buried on the back-end of a mid-tier magazine's website. I don’t think things are going to work this way very much longer. Everyone's struggling to keep control.

People don’t buy into media brands the same way anymore. People buy into characters and stories and moments. Media was this way to tell people stories and get the word out, but with the internet, you don’t need a daily newspaper, you don’t need a monthly magazine, you don’t even need a weekly magazine. You have Twitter, TikTok, Instagram, YouTube and whatever else. News travels at an exceptional rate now, and there doesn’t necessarily need to be somebody filtering it that's not the person who made it.