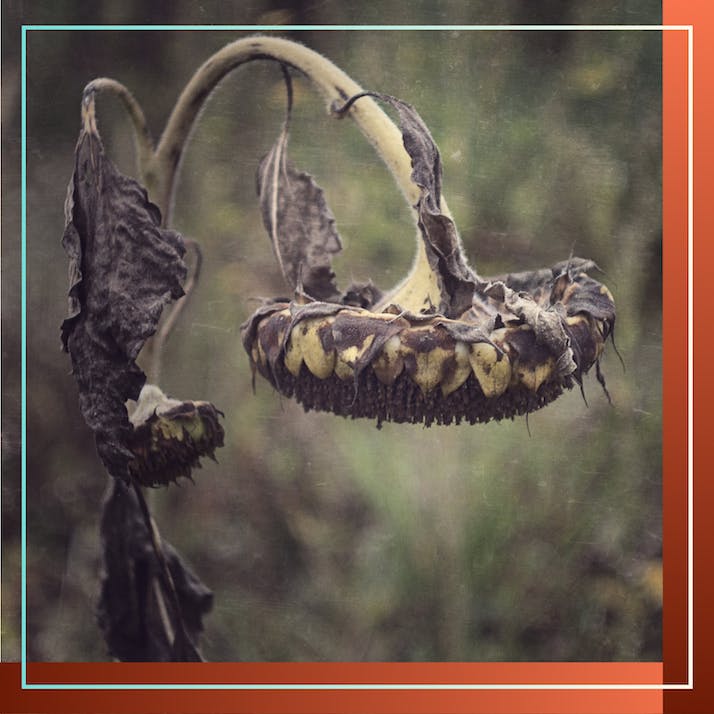 What it's like to grow up at the end of life as we know it.

Over the summer, my mother eagerly sat me down to watch Laurel Canyon, a documentary on the famous Los Angeles neighborhood during the golden age of rock music. Rather than sink into the hypnotizing romance of the '60s and '70s, I found myself growing increasingly bitter, my body curling into itself like a lemon peel left out to dry. My mother looked over at me, confused, wondering why my eyes welled up with angry tears when Joni Mitchell sweetly planted a kiss on Graham Nash.

As a child, I used to laugh at history books: Why would you treat your patients with leeches? That’s so stupid! Grateful to exist at the same time as the microwave, penicillin and Nintendo Wii, I was convinced that modern people simply had it better. As I watched these young people onscreen create era-defining music so freely, without the vein-bulging grip of late-stage capitalism and looming imminence of climate change, I was suddenly overwhelmed with how hellacious it is to live during the beginning of the end of the Anthropocene.

“”
I was suddenly overwhelmed with how hellacious it is to live during the beginning of the end of the Anthropocene.

Born on the Precipice of the Climate Crisis

I arrived on this planet just in time to get accustomed to its green trees and blue skies, but late enough to understand that I will likely live to see Laurel Canyon swallowed up by the ocean, after uncontrollable wildfires raze it to the ground. Life as we know it will die and a majority of today’s people are likely to die alongside it.

For a while, I’ve tried to combat my fears and worries and anxieties and anger by prudently stoking the embers of what little optimism I had left. But with every “hottest year on record” you read about, year after year, you get more completely overcome with the intense desire to tear your hair out of your head, follicle by follicle, as corporations responsible for most of the irreversible changes to climate harp on about the importance of reusable water bottles.

To say that no progress is being made is to discredit the thousands of researchers, scientists and activists all over the world that work tirelessly every day to implement change. However, the systemic upheaval that needs to happen in order to drastically change the fate of our world feels less and less like an attainable reality. Despair mutates into a sickly refuge, both cocoon and prison alike, enveloping everything like a dark shroud. When all you are left with is the crippling sense of inescapable doom, the only thing left to do is to make peace with it.

From Climate to COVID

Perhaps it was the communal grief that emerged from the COVID-19 pandemic, or my own personal grief from losing two important family members last year, or, even more likely, a combination of the two, from which my growing acceptance of the environment’s death stemmed from. From funeral to funeral, I was confronted with my own mortality, my personal inescapable doom. The fear used to creep up on me out of nowhere, spoiling pleasant afternoons that manifested itself as a deep pit in my stomach and made my blood run cold.

For better or for worse, one of the main lessons I’ve taken away from the grieving process is that life goes on. Life becomes different, and it will never go back to what it once was, but it goes on. As I had more time to think on the matter, thanks to quarantine, I realized how my fear of climate change was fundamentally the same as my fear of death. Just as I had to let go of my family members and even myself, I had to let go of the world. But letting go of the world is a daunting task when there are so many lives to be lost. It’s a form of meditation—the practice of giving up worldly possessions, of giving up the world as a possession.

“”
I was confronted with my own mortality, my personal inescapable doom.

Endings Without Beginnings Do Not Exist

There are billions of years of evidence that show how, inexplicably, life continues. We are the progeny of a rich history of mass extinction events, descended from the fiery meteor that wiped out the dinosaurs as well as the ice ages that froze the planet over. Millions of years after our passing a new, unrecognizable kind of life will emerge and thrive. My death is an extension of evolution, and proof of the ever-continuing cycle of life.

However, just because something ends does not mean that its own existence ceases to matter. Yes, the future looks bleak, but that cannot deter us from fighting for a better world. As long as there are people around, there is compassion. Poorer regions will be disproportionately more affected by environmental degradation, and climate justice is an essential tool to ease global suffering.

If my fear of my own passing is fundamentally the same as my fear of environmental collapse, then the earth is a body. Like any other living creature, it will try to live as long as possible, despite the indomitable imminence of death. There’s a mysterious force in all of us—some call it survival—that ensures that we all take our vitamins and exercise. It’s why we still fight climate change, even as we inch closer and closer to our bleak and unremarkable end.

Death is not a case for inaction, but a resounding endorsement of action, as finality drives change. Fulfillment isn’t necessarily achieving everything you wanted to achieve in life, but rather the comfort of knowing that you did everything in your power to change the world for the better, regardless of outcome. Death provides urgency and meaning to all of our actions. How will we spend our last generations on Earth? Only time can tell.