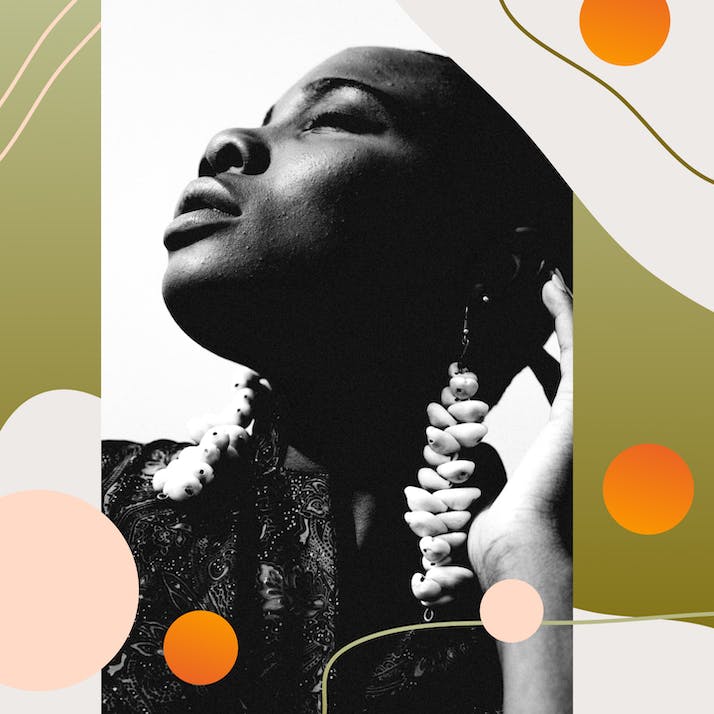 Colonialism Will No Longer Define Me

I refuse to let British culture dictate the way I speak, behave and exist in the world.

We have all somehow conformed just to fit into society's ways of living, from the way we talk to what we wear and eat. It has been a way of surviving; there are certain things we have to change about ourselves to make a living.

After many years of being told how to wear my hair or being judged by the way I spoke at school (many teachers thought Black students were in gangs because we used slang a lot when we spoke), I decided enough was enough. I was no longer going to conform to society's ways of living, especially as a Black woman.

“”
Even though my parents did their best to teach us about our culture, they still taught us to just try and fit into British customs and ways of living.

I live in London, the capital city of the U.K. A city that is supposed to be diverse but, deep in the cracks of the pavement, there are microaggressions that make it hard for minorities to navigate the city. For years, the Black community has compromised our culture and heritage to fit into British society. My parents come from Nigeria and Zimbabwe, countries that have been heavily affected by colonialism for many decades. This has affected the way they have raised me and all of my siblings and the first names that they gave us, which are white names, for us to be able to fit well in society. This really made me question the role that colonialism played in my family's lives.

Even though my parents did their best to teach us about our culture, they still taught us to just try and fit into British customs and ways of living. We spoke differently when we would make important phone calls to the general practitioner. I used my English name for most of my educational years because I was ashamed when teachers pronounced it wrong and became tired of correcting them. I straightened and permed my hair to make it look “neat.”

Since childhood, I have found it fascinating how the conversation about our hair has caused so much controversy, with people debating on major news outlets about what professional hairstyles look like. This affected me in high school, as my school banned all the Black girls from wearing braids to school because it caused a distraction. This was my first encounter with discrimination as a Black woman. I was hurt and confused at how a hairstyle that was always part of my identity growing up was unprofessional and a distraction. They say a woman's hair is her crown, and I felt like mine had been ripped off my head and broken into pieces.

When I couldn't wear my crown in the hairstyles that have been passed down to me from my ancestors, I felt their pain, and I, too, had my identity and culture stripped from me. The one thing that allowed me to stay connected to my African roots was no longer allowed in an environment that was supposed to enable me to be my genuine, authentic self.

It makes me sad that, seven years later, I still see stories on Twitter of how many Black children in the British education system have been sent home from school because their hair was deemed unprofessional. Still, the education system forces young Black people to conform to British ways of living, stripping them of their identity and culture. This tactic is carried into the workplace, with white-collar jobs refusing to let Black women embrace their Afro-textured hair. I refused to wear my hair in a way deemed “professional” and “neat” and to change the way that I spoke to fit in. A lot of these microaggressions forced me to become self-employed.

I Learned About and Experienced Colorism at a Young Age

It can be difficult to uncondition yourself when, for many years, your ancestors have been taught to hate the skin they were put in. Even in our motherland, our sisters hate the sight of their black skin, so they turn to bleach cream to make them look Eurocentric, as they believe that the lighter their skin, the more the world will accept them as beautiful. I remember, when I was younger, going over to my mum's friend's house and seeing jars of Caro Light, one of the most popular lightening creams in the U.K. I was confused about it, so when we got home, I asked my mum about it, and she told me that many Black women bleach their skin so they can be lighter. She told me to never think of it and that my skin was beautiful the way it is. My mother is from Southern Africa, and she always told us that bleaching your skin or refusing to embrace and wear your Afro-textured hair out was an insult to the ancestors, and she was right. My ancestors didn't know colorism or unprofessional hairstyles until colonialism. They embraced their melanated skin and Afro-textured, kinky hair. They cared for their skin and hair, treating them as if they were royalty.

As time went by, I started to hear conversations about colorism and how it affected the Black community. The division that it had caused was visible even to me as a young Black woman. I remember going to school and the boys would only speak to the light-skinned girls because they said they were prettier than dark-skinned girls were; it was devastating that we were seen as unattractive and unworthy of love. But I eventually found out that they were also conditioned because of what they saw on TV, on social media and in music videos. In the entertainment world, light-skinned women are the goddesses of the world, worshipped by all men. They are the idea of 21st-century beauty. Even during my university days, my lighter-skinned sisters got all the attention from men.

It took me time to really undo the damage that colorism has had on me. I had to really study my culture and heritage. I began by speaking to my parents about my culture and heritage. My mentors and everyone I work with all create work based on Africa and key female figures in history. My journey into studying my culture and heritage has been aided by everyone around me. Studying the Black Panther movement taught me that moving from permed hair to Afro-textured hair was a sign of rebelliousness. There is a quote from Lori L. Tharps, co-author of Hair Story: Untangling the Roots of Black Hair in America, that will forever stick with me. She tells i-D magazine, "The right to wear our hair the way it grows out of our heads. Saying to the establishment: 'Accept us and appreciate us for who we are.' Stop expecting us to assimilate or subjugate ourselves to make you comfortable." This is a quote that I will pass down to my children and grandchildren, making them understand that we didn't come on the earth to fit in but to stand out, to turn heads and be unapologetically Black.

“”
We are warriors, freedom fighters, amazing mothers and intelligent women who deserve to live in luxury and be loved by our significant others.

I Am Proud to Be a Black Woman, in Spite of Colonialism

I refuse to let colonialism continue to define me and tell me as a Black woman how to live my life. I refuse to allow society to control my emotions. For years, Black women have been boxed into stereotypes that the media portrays, painting us as aggressive, whores, lost souls who are not capable of being loved and taking care of our children. We are warriors, freedom fighters, amazing mothers and intelligent women who deserve to live in luxury and be loved by our significant others. We are changemakers and powerful women who have graced the history books for years.

From the way we wear our hair to the way we speak and what we eat, we are unapologetically Black forever, embracing our heritage and culture. I am no longer living to please colonial Britain but to only please myself, living life rebelliously one step at a time.