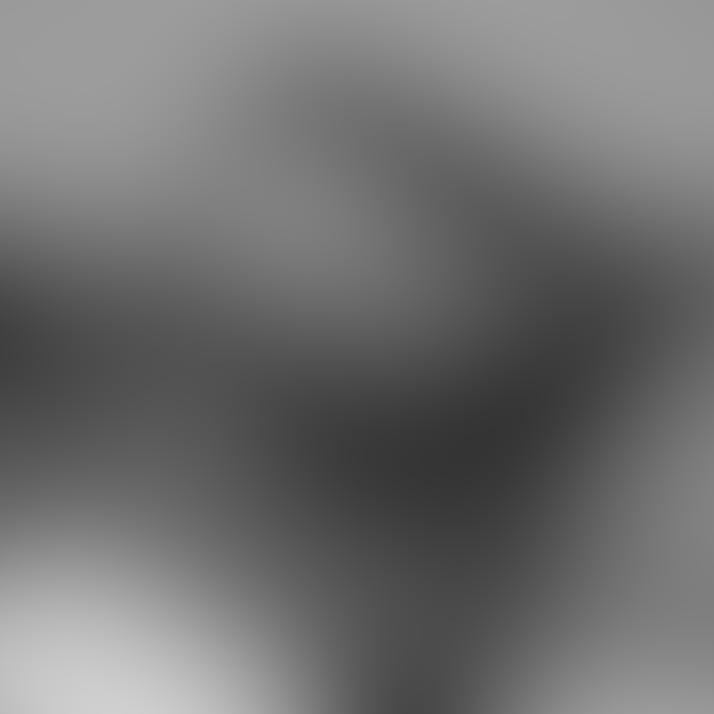 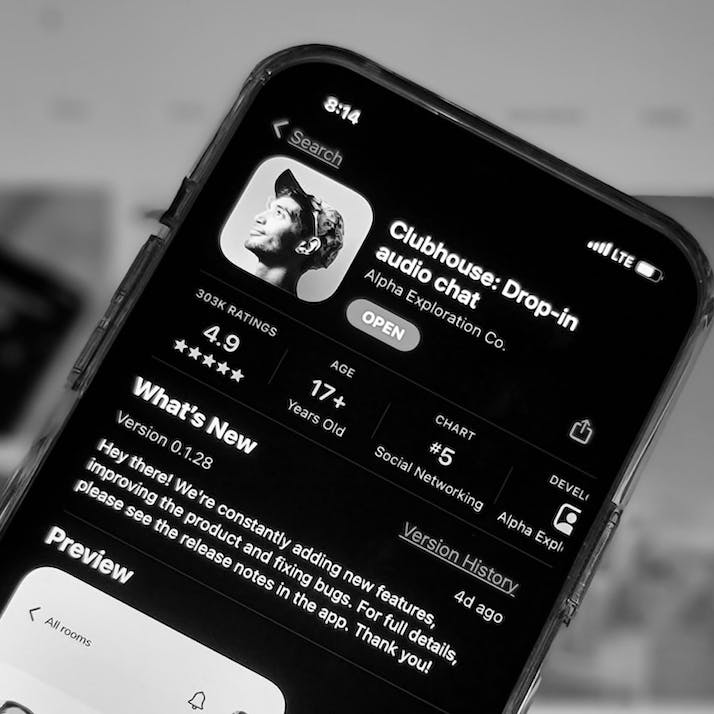 Quarantine’s social media success story is helping us build connections—but are they good for us?

I don’t think that I’m more pessimistic than the average person. I’m certainly prone to a mercenary kind of pragmatism in my more introspective moments, but I consider myself a fairly “glass half full” kind of person. Having said that, I think Clubhouse is contributing to a breakdown in the healthy formation of relationships. This is not a new sentiment, and it has been levied against any number of social media apps currently plaguing the masses. But Clubhouse is a specific kind of bleak, foisted on us at the most opportune moment of isolation and craving for human interaction. I’m not given to indulging in conspiracy theories (unless they’re so entirely ridiculous they have a ring of truth), but its explosion as the newest, shiniest, most exclusive app at the height of pandemic paranoia feels sufficiently suspicious to me.

Clubhouse is a mobile-only social media app that allows users to create audio-only chat rooms. It allows users to host these rooms in a live format where thousands of people can join in as listeners or active participants, subject to the whims of room moderators. On the surface, it doesn’t seem like The Next Big Thing in social media. There’s no endless timeline to scroll, no "like" counts to silently scrutinize, no virtual marketplace to peruse. Android users couldn’t join until May 2021. But its user base now numbers more than 10 million, spanning the globe despite its limited feature set. Clubhouse’s soaring popularity has inspired copycats from competitors with far more longevity like Facebook, Twitter, Reddit and Slack.

How did Clubhouse become such a runaway success in such a short period of time? What experience does it provide that so clearly and consistently draws people in?

“”
Clubhouse is a specific kind of bleak.

By my estimation, Clubhouse has managed to capture our collective attention by perfectly mimicking the natural experience of forming relationships at a time when our ability to do so has been severely hindered. Clubhouse has removed the screen and impersonal text, reintroducing tone and context to conversations. It returns tonal variety, texture, timbre and even humanity to conversations—while global health and science bodies tell us to avoid these things for our collective safety. Clubhouse was the closest approximation to in-person interaction that was available when the world was locked down.

I can’t explain why predecessors like Google Hangouts, Skype or WhatsApp didn’t capture the public’s imagination during the pandemic in the same way. Maybe it’s solely the appeal of something new and relatively exclusive, or maybe it’s because we’ve stopped trying quite so hard and we’re all getting too ugly to look at. Maybe it’s the ability to see a list of the room’s participants before joining a conversation. This, combined with Clubhouse’s demand for a functional cellphone number and its beta status (which it just recently evolved out of ), encourages a feeling of exclusivity and privacy. Whatever the reasoning is, Clubhouse is the hottest, newest thing, and I hate it.

I’ve limited my Clubhouse usage since my initial obsession began in June 2020. I joined Clubhouse that month after being invited by a fellow photographer. I intended to use it for networking purposes, but I was quickly sucked in as more and more friends, colleagues and the occasional nemesis joined. I would spend hours on the app, searching for rooms about photography or sex work or organizing that I could join, either as an active participant or just to listen in.

We Should Watch Who We Let Our Guard Down With Online

My greatest frustrations, borne from my experience being cyberstalked and a long-running fear of police surveillance, were the rooms where sex workers frequented. It’s no secret that social media platforms have targeted sex workers following the passage of SESTA/FOSTA and the recent press surrounding SISEA. Secretive algorithms, vague content moderation rules and an inconsistent appeals process for account deletion have left sex workers scrambling to find and keep communities, build networks and offer material support to each other.

The appearance of Clubhouse, a new app with little to no guidance on allowable content, and its wider strategy for longevity, was like a beacon—a beacon that eroded all sense of apprehension and basic rules for internet safety. A beacon that encouraged strangers to admit to felonies to each other, with no real assurance as to who was listening beyond a phone number whose true ownership could easily be changed, manipulated or otherwise concealed.

After the initial honeymoon period, I started feeling an apprehension about what I was doing that I couldn’t explain. Opening the app felt like a chore, another opportunity to monetize my existence. One room after another boasted titles like “HOW TO BECOME A CLUBHOUSE INFLUENCER” and “GETTING PAID TO HOST THIS ROOM” or “FREE IG AUDITS WITH PR GURU TO THE STARS.” Even rooms related to photography or writing were touting claims like “MAKE $80,000 YOUR FIRST YEAR AS A PHOTOGRAPHER” or “SEO TIPS TO MONETIZE YOUR BLOG.”

Inside rooms that were supposedly an opportunity to connect with others, I was admonished to add my Cash App to my bio so I could receive tips for sharing hard-won advice. I’ve felt this malaise before with other apps, but this was different. It was a tangible drag on my mood that eventually led me to block notifications at the iOS system level and eventually stop using the app altogether.

After a measured return to Clubhouse—joining in very specific rooms at predetermined times—I get it now. I’ve done my best to limit my exposure to it, but there’s just something about Clubhouse that inspires people to overshare and trauma dump without knowing exactly who’s on the other side. The app encourages a false sense of intimacy—everyone on there is a friend of a friend. By keeping the app invitation only and tying those invitations only to numbers saved in your contacts, Clubhouse has created an environment where every user is possibly one degree of separation apart.

There’s a devious ring of truth—albeit a surface-level one—to the experience. The world doesn’t seem that big on Clubhouse, unless there’s a global finger wag in your direction if you aren’t staying as isolated as possible. In a new world, where it’s possible for public figures to lose work and favor for not embracing COVID distancing and safety guidelines, the need to connect is greater than ever. The idea that anyone on an app with 10 million users could be in the contacts of your best friend has to do something to your psyche. Combined with being trapped alone with your own thoughts—plus maybe a husband, kids or an overbearing in-law—for 18 months, it’s a recipe for a perfect emotional storm.

Is it any wonder then that, despite knowing the general insecurity of social media and the danger of saying anything in a roomful of strangers, people will unload their trauma on Clubhouse without a second thought? I felt a twinge of this discomfort with the rising popularity of Tabitha Brown, the vegan cooking “internet auntie” on TikTok. Brown’s content is usually focused on creating vegan alternatives to common Black Southern dishes, working as an actress and interacting with her family. Occasionally, however, Brown will reply to a comment or message, usually thanking her for her soothing voice and kind spirit because it made them remember a parent or teacher.

Those made me uncomfortable—first because I don’t like when it's assumed that a Black woman, particularly an older one, is assumed to be willing to take on the emotional labor of any and everyone who finds them sufficiently comforting. And secondly, I didn’t like the idea of teenagers and young adults flocking to an adult on the internet with their deepest insecurities, shame and concerns for the world. Again, this is my own post-stalking paranoia speaking, but it made me feel weird in ways I wasn’t sure how to articulate. Is her voice soothing? Sure. But not enough to unload a running commentary on my ever-present anxieties. But when I voiced this, the most consistent feedback was that I should stop trying to play pop psychologist. So I did, even after learning that her husband was a cop.

While Clubhouse mimics the intimacy of a person-to-person conversation, it cannot replace the experience of building a true relationship. It cannot replicate the building of trust needed for true vulnerability between two people. And so, the tenuous beginnings of a relationship are fractured at the first sign of conflict. Simple miscommunications and natural disagreements are pathologized as abusive or manipulative by a rapt audience of spectators.

“”
Clubhouse is the hottest, newest thing, and I hate it.

I should admit that I came of age on Tumblr. I’m no stranger to internet friendships that fade into nothingness or those that result in extremely public, extremely embarrassing fits of pique. I’ve spent years attached to my phone, at first because I was being paid to, then because I’m mentally ill. But after years of therapy, a lot of edibles and a stint of freelance writing, I am proud to say that I think I’m getting over my internet addiction (or maybe I’m just getting old). The constant churn of social media, now with its new trauma-dumping feature, is getting to me. Then again, here I am telling all of my innermost thoughts and feelings to the internet at large.

I’m hesitant to say “everyone go to therapy” because, in essence, that also means telling all of your secrets to a stranger, but I don’t have any other answers. Unlike seeing a licensed professional, one trained to help guide you through the admittedly painful process of understanding yourself, Clubhouse has become a designated zone for trauma dumping. One where unsuspecting, unconsenting audience members are treated to a full-color reenactment of a strangers’ worst trauma. The audience is given no time to adjust or decide if they’re willing to take on the role, the intimacy of being in possession of this knowledge and the resulting emotions. And there’s no plan in place for any emotional distress felt by the audience, no mitigation strategy for anything these stories might trigger. Whatever tender feelings the false exclusivity of Clubhouse may generate, there is no guarantee that everyone in these rooms is a friend or one step removed.

Friendship is not conferred by proximity or shared space. It’s grown alongside time spent building and resolving conflict and cultivating trust. The intimacy of real friendship is more than temporary because it is hard-won.