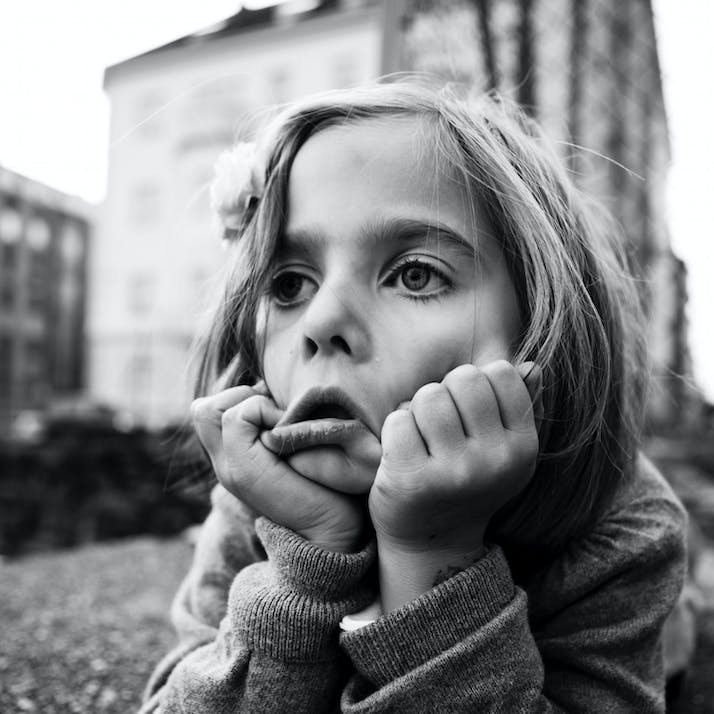 Climate Grief and the Hopelessness of Reversing Climate Change

The challenges of reversing climate change seem insurmountable, but we can’t silence our inner conscience.

My love for the environment started before I could even talk. Labeled a “nature girl” from toddlerhood on, I would most likely be found climbing trees or collecting bugs as a young child. In the summer, I went to nature camp, where crunchy granola counselors would instruct like-minded children about the hazards of petting a snake the wrong way (flipping their scales up apparently feels like peeling off a fingernail) and leaving no trace. (On an ill-fated camping trip, we were instructed to defecate in a bucket and shovel it onto a compost pile. Suffice to say, I can still remember the smell.)

When I first heard about the concept of ecoterrorism, I found segments of it incredibly justified. I was a precocious, strong-willed preteen, and I preached the idea of purging the world of millions of humans to leave more room for native species to flourish. (Only the people I didn’t know, of course.) After all, radical problems such as deforestation and global warming require radical solutions. Driven by unbridled empathy towards all living things on Earth, I even periodically gave up my beloved chicken tenders for a very low-protein diet of carbs, carbs and more carbs.

When it came time for my Bat Mitzvah, a Jewish rite of passage, I insisted that the theme be eco-consciousness. I handed out invitations that were printed on recycled paper and planted hundreds of trees in the guests’ honor. I even had a “Peace, Love, Recycle” banner draped across the walls of the venue and had the phrase emblazoned on the back of the organic cotton sweatshirts given out as party favors. They were worn by all the invitees to school the following Monday.

I Wasn’t Always Hopeless About Saving the Planet

All those years, it was so obvious to me, as it is now, that everything that humans have done—and continue to do—to modify our environment has a harmful impact on the world’s ecology. I intuitively knew that our planet was in trouble without having to be taught in school. It was a no-brainer to me; I could see it with my own two eyes everywhere I went. All the endless highways coated in bumper-to-bumper traffic and the bright lights and the noise felt—and still feels—so inherently wrong to me that the idea of denying the existence of climate change is impossible to wrap my head around.

And yet, all these years later, I no longer really care about the environment. It used to be that every other word out of my mouth was nature-related. Now, I don’t spend much time thinking about it or do more than the bare minimum to protect it.

Don’t get me wrong, I (almost) always recycle, drink from a reusable water bottle (filling it exclusively with tap water) and even bought a metal straw during that year-long period when sipping from a plastic one vilified you. Essentially, I do what I’m told is right by popular science, but I no longer have that same fire lit underneath me, that same drive that nearly had me signing up to suicide bomb a factory. While I cannot pinpoint an exact moment when doing more than tick the perfunctory boxes of environmentalism stopped mattering to me, I have finally figured out why it is that I no longer care.

“”
I no longer really care about the environment.

The Origin of My Climate Hopelessness

In the face of big corporations, and yes, late-stage capitalism, I feel completely powerless to do anything. How can my actions matter when billion-dollar industries are altering the natural world on a scale I can hardly comprehend? Maybe it isn’t a lack of caring that got me here, but a sense of environmental despair brought on as a coping mechanism due to caring too much. In the convoluted world we have orchestrated for ourselves, it’s somewhat impossible to give a damn without going insane, or resorting to drastic measures such as ecoterrorism.

The idea that average people are responsible for the brunt of climate change, and that our individual actions—choosing biking over driving and tofu over steak—can solve the climate crisis has been foisted upon us by a few big companies that are doing the vast majority of the harm in order to distract us from their evildoing. It is a smokescreen perpetrated by the biggest offenders to keep us consumed by guilt and focused on the steps we can take to mitigate the damage—a distraction while they loot the natural world to feed the economy. While we’re busy fighting over the merits of a vegan diet, they’re destroying the environment on a scale we can hardly fathom.

In 2016, more than half of all greenhouse gas emissions came from energy production, manufacturing and industrial processes, which doesn’t even include the energy required for transportation. In transporting oil, the number of 50-barrels-or-more spills per year has quadrupled since 2000, putting our oceans and marine life in grave danger. BP, one of the largest oil companies in the world, and a repeat oil-spill-offender, even dared to come up with the concept of a “carbon footprint”—a way of measuring your own individual impact in terms of CO2 emissions—as part of a new ad campaign aimed at deflecting attention from their hand in harming the planet. It worked brilliantly, playing off of our guilt and fear, as they carried on remorselessly polluting.

Modern agriculture is another huge contributor to climate change and is often talked about in a way that inaccurately forces the practices of animal farming and pesticide use to shoulder the blame. It’s easy to get caught up in the sexier debate of whether or not we should be eating animals at all—as discussed ad nauseam in an onslaught of gratuitous pro-veganism Netflix documentaries—instead of thinking of ways that we can reformat animal agriculture to both allow us to enjoy meat and remove carbon from the atmosphere.

It sounds impossible, but it’s actually based on ancestral ways of tending to the land that involves using fewer resources and makes it less financially enticing to the bigwigs in charge. Called regenerative agriculture, the concept involves allowing cows—a large producer of methane, a greenhouse gas—to roam in open-air environments, unlike the manure-filled stalls they’re currently confined to, and to graze on grasses, instead of being force-fed corn, which their stomachs are not meant to digest. In grazing on grass and allowing it to regrow in a constant cycle (before killing them for their nutritious meat), the cattle act as a carbon sink, with the plants pulling it out of the atmosphere in order to create oxygen as they grow back.

Vegans prefer to hide in an unimaginative, black-and-white world, where shades of gray that come in the form of creative solutions, like regenerative agriculture, don’t exist. Its militant proponents have formed a community unable to parse through the murky reality that animals can make an excellent source of food in moderation and that they can be raised responsibly in ways that will both give the animals more dignified lives and protect the environment. They only wish to chomp on their beloved organic vegetables, which are perhaps causing just as much destruction to the land.

The jury is out on whether it’s genuinely productive to label either conventional or organic farming as “worse” than the other since they’re both damaging in unique ways. While conventional farming employs pesticides and herbicides, which pollutes water sources, kills marine life and poisons human health, organic farming requires far more land use, which means more habitat destruction and less efficient food production—not to mention more (often undocumented and vulnerable) labor, which often suffers egregious abuses.

“”
I’m right in thinking that I can’t fix any of these problems all by myself.

Overcoming Ecological Grief Is Going to Require a Collective Effort

I’m right in thinking that I can’t fix any of these problems all by myself. It’s natural that I resort to feeling defeated so that I can go on with my everyday life without being consumed by guilt. Even while writing I feel overwhelmed by the largeness and complexity of these problems, and I know I’m not the only one. These seemingly insurmountable problems have us backed into a corner of apathy, a kind of pandemic that is a far greater long-term threat to human existence than any respiratory virus.

It’s incredible to think about what we could do if we cared even a fraction more than we currently do; if we figured out how to harness the power in the collective. We are at a crossroads in environmental history, and while it can feel at times like impending doom is inevitable, we must not self-sabotage or give in to the urge to silence our inner conscience out of fear that we’ve already failed our future generations. Only through a meaningful return to our roots—to ancestral wisdom instead of artificial intelligence, to the internal compass of what is good for the planet—can we reimagine modern life once and for all. Then, perhaps, we can radically alter the course of history.