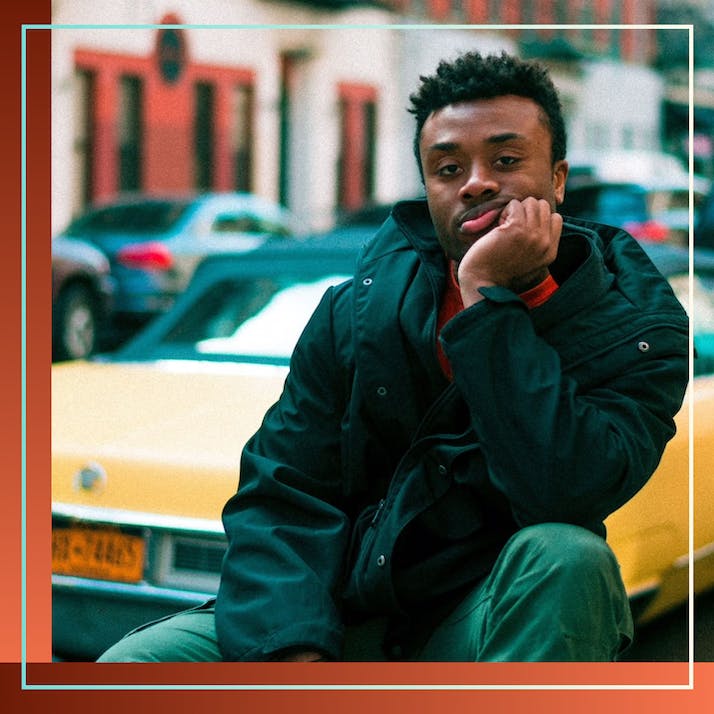 Does My Lack of Interest in the Climate Crisis Make Me a Bad Person?

As individuals, we can do our part, but we shouldn’t carry all the blame for climate change.

It's no secret that the environment is in a dire state. All those years of burning coal and oil, buying clothes at an unnecessary speed and recklessly reproducing (among many other things) have finally taken their toll.

We are now officially on the brink, and seemingly interested governments are now passing legislation à la the Glasgow Climate Pact to try and limit the damage.

Naturally, the environmentalists who have been warning us for years are upping their recommendations.

Large brands and companies are implementing sustainability initiatives, such as Booking.com’s Travel Sustainable badge that highlights the most environmentally friendly hotels and Google Maps showing the CO2 damage for each journey option.

Yet nothing is really sinking in and, honestly, at this stage, I couldn’t care less.

As Batman once said to Wonder Woman, “We tend to act like the Doomsday Clock has a snooze button.” Which we kind of do. If you talk the analogy through, we can snooze until we’re late for work. The same goes for the climate crisis.

At least, from my knowledge, I don’t. My assumption is slowly over the years, as natural disasters are becoming more frequent and intense.

But even then, I’m kind of meh about the whole thing.

And can you blame me?

“”
Honestly, at this stage, I couldn’t care less.

I Do What I Can, but I Shouldn’t Be Expected to Do It All

Don’t get me wrong, I am all for being a good citizen and doing my part. I never buy from brands like PrettyLittleThing, and I’m not one of those girls who needs a new outfit every day of the week. When I do buy clothes, I try to buy from quality brands such as AllSaints and Maje. But sometimes, I do wander into Zara and Mango.

It all depends on my budget at the time. Plus, Zara and Mango have some really cute pieces.

I have an app called Klima that measures my carbon footprint, and I offset as many of my actions as I can afford every month by investing in different climate projects such as planting trees in the rainforest and building more wind turbines. But because of the rise in energy bills, the general cost of living and the lack of salary increases, that figure is becoming less each month.

I recycle; I carry reusable cups; and I’m capable of drinking a drink without a straw. I do what I can within the limits of my resources and my patience.

But sometimes, when I hear the latest “Let’s do our bit to save the environment” suggestions in newspapers or as sponsored posts on my Instagram, I either think, “Get fucked, there’s no way I’m doing that,” or, “Well, that’s one privileged way of looking at things.”

I recently read about a new initiative called The Jump that says to only buy three items of clothing a year, give up your car and limit flights to once every three years.

In the diabolical society we find ourselves living in, being able to champion a cause is a privilege, even one as important as the climate crisis.

How I see things is like this: The world and the people in it are so far from perfect, and we need to have a lot of calm and open conversations about a lot of things. And yes, we should all be doing what we can to make the world better for the next generation. But each person isn’t responsible for all the problems.

You need to pick your battles, and you need to do things in a way that makes sense to you.

For me, it’s carbon offsetting where I can and making the small changes that suit my lifestyle. But my priority will be female equality, specifically in healthcare. For someone else, they might not give a flying fuck about their carbon footprint. Instead, they might be campaigning for disability rights or LGTBQ+ rights. Or more realistically, they might just be fucking surviving.

I’ve worked hard to get where I am and, with my money, I want to travel, and I want to stay in nice places, and I want to experience everything the world has to offer. I don’t want to be judged for the number of flights I take a year. I also don’t want to hear that taking a train is better and more enjoyable. I’m sure it is, but I don’t have those extra couple of days to travel slower. Being able to travel is a privilege (one that’s becoming harder when you factor in my energy bill). Being able to travel slowly is a next-level privilege and I’m not there. Yet.

It’s a complicated situation and about a million shades of gray, and there is no right or wrong way.

“”
You need to pick your battles, and you need to do things in a way that makes sense to you.

Governments and Corporations Should Lead the Charge

Call me idealistic, but if the governments of the world were serious about combating the climate crisis, why not install solar panels on every government and public building? Think of all the hospitals, schools, police stations, prisons, fire stations, libraries and government buildings that would be using renewable energy. The UN HQ already has them, so why not make it mandatory for all public buildings?

Sure, there’s lots of money to be made in oil and coal, but have we learned nothing from President Jimmy Carter? He knew how unstable energy supplies were (and still are) and fitted the White House with solar panels at the end of the 1970s. His hope was that the White House would be self-sufficient on clean energy. Those panels were removed seven years later, and because of a completely unjust invasion in Ukraine, we are now in the midst of an energy crisis.

But why would those who can actually make the change do so when they can emotionally blackmail us average folk into “playing our part”?

A study in 2017 found that just 100 fossil fuel companies were contributing to over 70 percent of emissions. A lot of important people also profit from coal and oil. Currencies and stock markets depend on it. Nonrenewable resources are still top commodities. But if we the people stopped using single-use plastic, thought more carefully about our purchasing decisions, recycled what we can and stopped going on holiday, all should be well in the world.

Fuck having a legal ban on producing plastic packaging and fast-fashion companies. That would be too easy.

Of course, I realize the topic is far more complex, especially as many developing countries are dependent on nonrenewable sources such as coal. Installing clean energy is expensive—it takes time and resources—and obviously, the government has other things they need and prefer to spend their money on.

And it really boils down to this: The governments of the world have the power to make the changes, but they don’t because it's not profitable. Instead, they make us take on the burden. So you do what you want to with your time and your money, and if you do feel compelled, a quick search of carbon offsetting programs and carbon footprint apps will yield heaps of results. Pick the ones that suit you, and make the changes you feel comfortable with.

Everyone is a work in progress. But everyone is also free to do what they want. We need to learn to respect those decisions and make tools and resources more accessible for all.