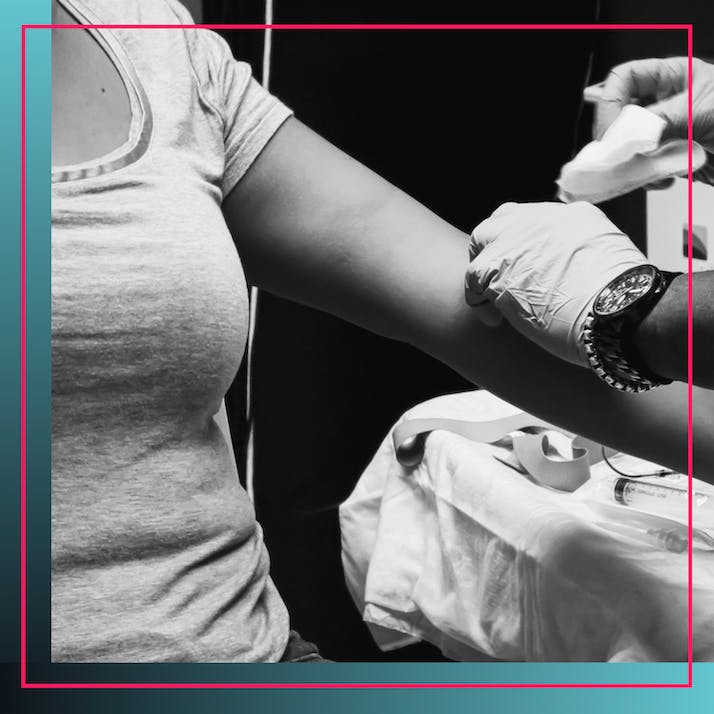 Since being diagnosed with Crohn’s disease, I’ve learned how to accept my limitations, but still yearn for the past.

When we think of the term nostalgia, we’re taken back to a snapshot in time: perhaps a first kiss, a perfect vacation, a high school graduation. It’s a privilege if your idea of nostalgia is one of boy bands, Nickelodeon and summer flings, because for me, I’m nostalgic for the healthy, uncomplicated body I used to live in.

I’m 36 and a mother of one. I also have Crohn’s disease (a chronic illness that causes me pain, fatigue, diarrhea, abscesses and much more). I’ve had it for a long time now, so much so that it’s a part of me. Yet, it doesn’t stop me sometimes yearning wistfully for the person I once was without it. The person who didn’t have constant blood tests, who didn’t need to set reminders to take medication and who didn’t think about her body beyond whether that dress she bought made her look fat or thin.

But is nostalgia with chronic illness a healthy thing?

“”
As soon as I realized I had begun to accept it, I felt my whole body relax.

The Difference Between Nostalgia and Anger

When I was first diagnosed many years ago, I was living abroad as an ex-pat and enjoying my 20s. The day I was diagnosed, I’d actually booked (and ended up canceling) a booze cruise the following evening. While my friends took to the sea without me, I sat in a hotel room near the hospital reading pamphlets, scouring the internet and trying to understand my new reality.

One of the most difficult things of those early weeks—far worse than the medication side effects that were to come—was finding out who I was now. Within the first month of being diagnosed with Crohn’s disease, much of my identity as a healthy person felt lost.

All the things I’d loved to do pre-diagnosis now felt impossible, whether that was drinking in bars until 2 a.m. or taking a spontaneous weekend trip. People were kind and understanding, but I still found myself sitting next to them, feeling as if the only thing I had to contribute to a conversation was my medication and my illness.

As is the fast-paced nature of ex-pat life, those around me constantly had plans, desperate to see as much of the world as possible. That was me once, but now I felt too scared to make any. I’d scroll through my phone looking at pictures I’d taken, and they already felt alien to me. I had forgotten what it was like to take your health for granted, to think about it only when dealing with an occasional bout of stomach flu or a winter’s cold. Now it was on my mind constantly.

But, and it’s important to say, I wasn’t nostalgic. If you are new to a chronic illness diagnosis, you can’t expect to feel nostalgia for your past straight away.

Instead, I was angry. Angry that my life felt frozen in time while others around me carried on. Angry that my illness meant, already, I couldn’t go back to who I was. Angry at the doctors, at the medication, at myself. Each reference to the past made me furious, and I hated looking at old photos or even thinking about them. Now I know that I was actually just going through the stages of grief.

Is it wrong to say when you are diagnosed with a chronic illness that you grieve for the life you had and the person you were? Maybe. But it was still my reality. Plus, anger is the second stage of grief. I’d already gone through a brief bout of denial when I just ignored the doctor, drank tequila shots and pretended I was cured, but, thankfully, this was only fleeting. Unlike denial, anger hung around much longer.

“”
I’ve learned that looking back and taking the time to reflect on how much an illness has changed your life is not necessarily a bad thing.

I Needed to Accept My Illness to Feel Nostalgia

Two years after my Crohn’s diagnosis, I was sitting in my doctor’s office and I suddenly realized that I was no longer angry. I felt present in the meeting, discussing a treatment plan and my symptoms. I had accepted this was my new life, but I had also not let it control my life.

I realized that years had passed and my Crohn’s was still here. But so was my husband, my dog, my work and my family. Perhaps Crohn’s hadn’t taken so much as I had thought it had. As soon as I realized I had begun to accept it, I felt my whole body relax; I had been fighting against it for so long. What if I had just worked with it instead?

To accept my present, I also had to accept my past. Which meant it was finally time to actively look back. I watched my wedding video. I printed off photos to make scrapbooks. Sure, I felt wistful with short pangs of regret, but mostly, I felt like anybody else looking back at moments in their life. In short, I felt nostalgic.

Why Nostalgia Is Important for Those With a Chronic Illness

Nostalgia is actually really important for people who have a chronic illness like me. I’m not saying we should live in the past and obsess over our pre-illness selves, but I’ve learned that looking back and taking the time to reflect on how much an illness has changed your life is not necessarily a bad thing. Of course, nostalgia means I do think about the possibilities I could have had as a 100 percent healthy person. Still, I acknowledge that these are just some of the many paths my life could have taken.

My illness changed the course of my life forever, but, in truth, it wasn’t all bad. I now have a two-year-old son, and my illness meant I received amazing specialist care throughout my pregnancy. I quit my previous employment because it wasn’t compatible with my life post-surgery. Now I work for myself as a writer, meaning I can do what I love and spend more time with our family.

I can’t pretend that nostalgia means I wish I didn’t have my illness or that I don’t sometimes feel a pang when an old photo pops up on my screen. Still, I look back at my past just like everybody else does—with tinges of joy, sadness and embarrassment, and mostly wondering what the hell I was wearing.